HAWAII - On December 1st, the State of Hawaii will begin testing an additional siren tone, just as President Trump declares the DPRK a State Sponsor of Terror. 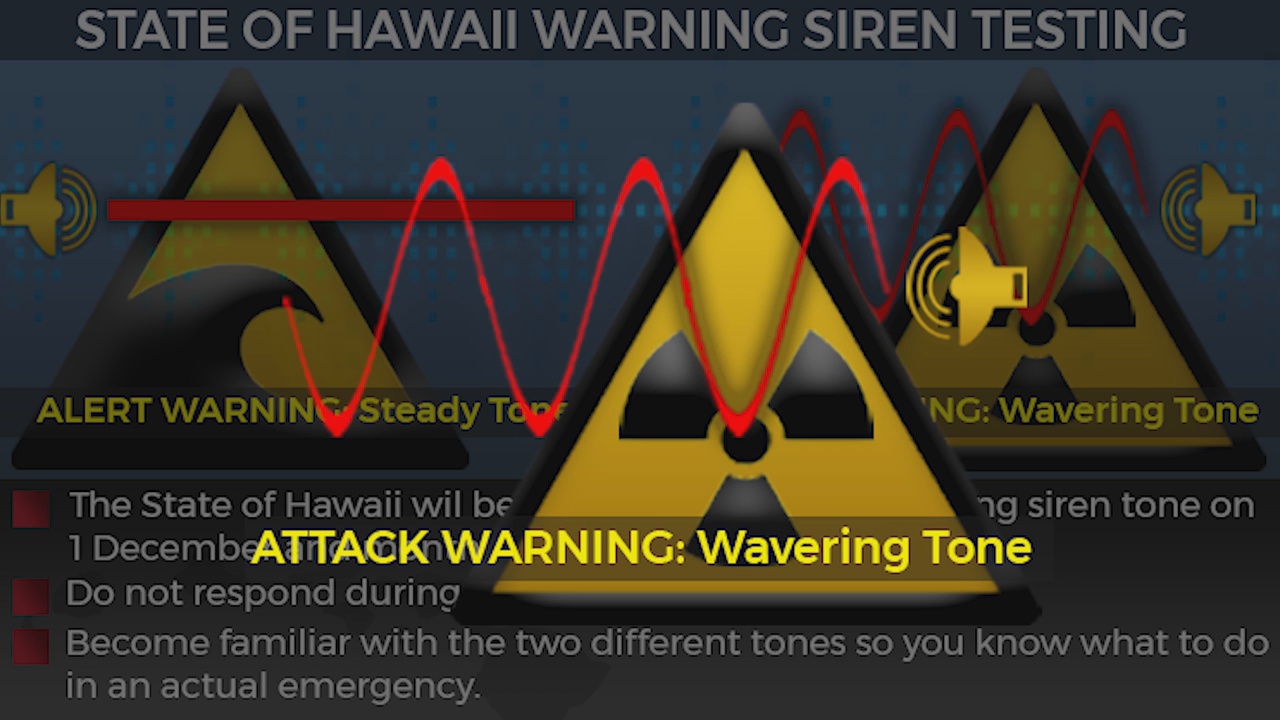 image from video produced by the U.S. Marine Corps introducing the sound of the new “attack” siren.

(BIVN) – President Donald Trump is again turning up the pressure on North Korea, announcing on Monday that he is declaring the regime a State Sponsor of Terror.

“It should have happened a long time ago. It should have happened years ago,” Trump stated for cameras before a cabinet meeting on Monday. “In addition to threatening the world by nuclear devastation, North Korea has repeatedly supported acts of international terrorism, including assassinations on foreign soil.”

Beginning December 1st, the State of Hawaii will begin testing an additional siren tone – a so called Attack Warning, which differs from the current Alert Warning. A PSA video was published by the Marine Corps Base Hawaii last week.

On Tuesday the Treasury Department will be announcing an additional sanction on North Korea, “and a very large one” Trump said. “This will be going on over the next two weeks. It will be the highest level of sanctions by the time it’s finished over a two-week period.”