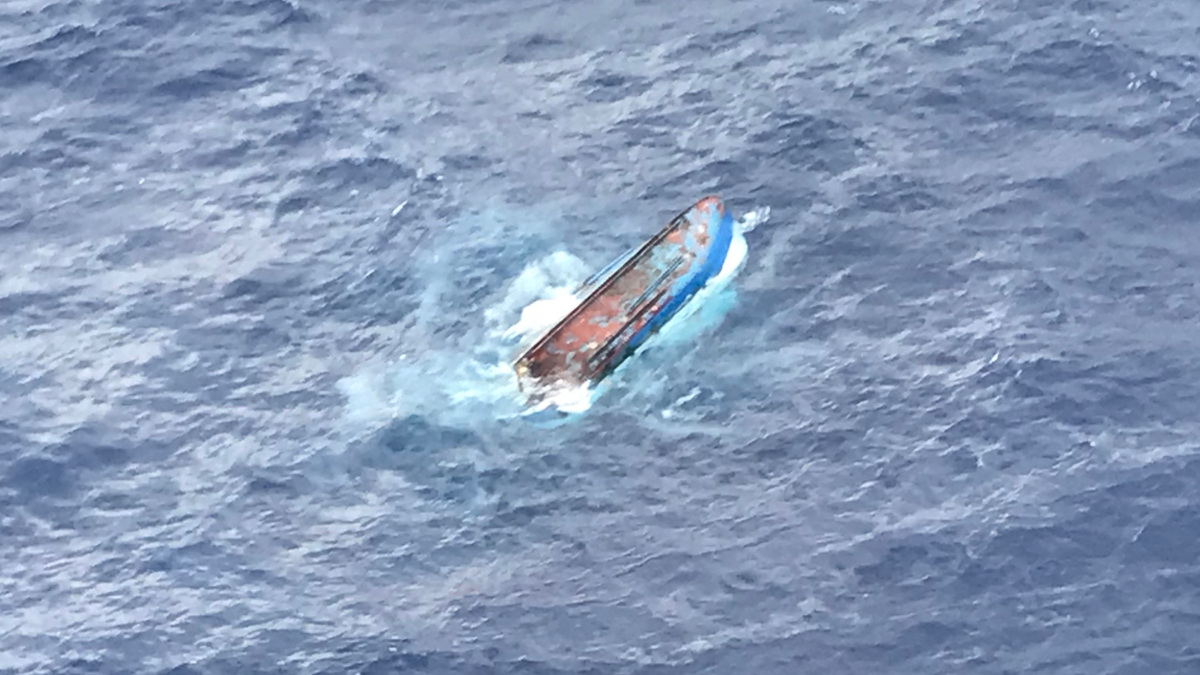 HONOLULU, Hawaii - Six fisherman were rescued by good Samaritans and the U.S. Coat Guard after their vessel overturned 110 miles southeast of the Big Island.

(BIVN) – Six fisherman had to abandon ship out on the waters of the Pacific Ocean on Monday, before being rescued and returned to Oahu.

The U.S. Coast Guard teamed up with good Samaritans from a passing fishing vessel, the 70-foot VAK 2, to rescue the imperiled fishermen. Their 57-foot fishing vessel “Jane” had reportedly taken on water 110 miles southeast of the Big Island. The fishermen were taken back to Hawaii where they will be met by emergency medical services and U.S. Customs and Border Protection.

“This crew did exactly what they should by calling the Coast Guard to report their situation and abandoned ship safely into their life raft,” said Chief Petty Officer Robert Scott, command duty officer Coast Guard Sector Honolulu. “We appreciate the assistance of the good Samaritans aboard the VAK 2 to quickly get these mariners to safety.”

Both the crew aboard the Jane as well as the passing good Samaritans are reportedly tuna longliners homeported in Honolulu.

At 7:22 a.m., watchstanders at the Sector Honolulu command center received a mayday call via satellite phone from one of the crewmembers aboard the Jane stating they were taking on water and in need of immediate assistance.

Sector Honolulu watchstanders issued an Urgent Marine Information Broadcast notice to mariners and requested the assistance of the VAK 2 crew, five miles away from the scene.

At 7:40 a.m., an HC-130 Hercules aircrew and an MH-65 Dolphin helicopter from Coast Guard Air Station Barbers Point launched to the scene along with the crew of the U.S. Coast Guard Cutter Kittiwake (WPB 87316), an 87-foot coastal patrol boat homeported in Honolulu.

The Hercules aircrew arrived on scene at 9:40 a.m. They quickly located the fishing vessel overturned and a life raft with all six of the crew inside 100-yards away.

Weather on scene was reported as 14-foot seas, 34 mph winds and scattered thunderstorms.

Audio from a mayday call was also released by the USCG.