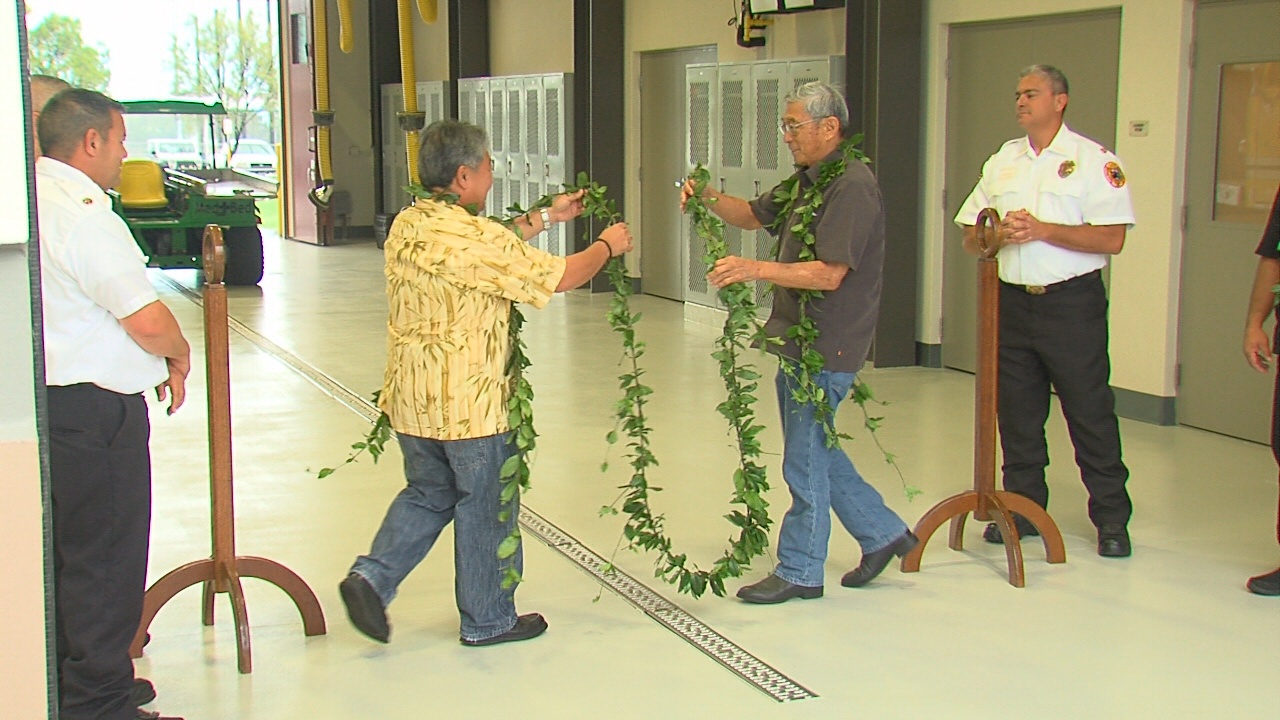 (BIVN) – The official blessing of the new Haihai Fire Station was held on Thursday.

The Hawaii County Fire Department actually began operating out of the new facility at the start of November, but the event on December 14 was the community’s chance to celebrate the finished project. The new fire station allows the firefighters to relocate from their outdated facility on Kawailani Street.

Before New Hope Hilo Pastor Sheldon Lacsina conducted the blessing ceremony, a short program was held inside the new building.