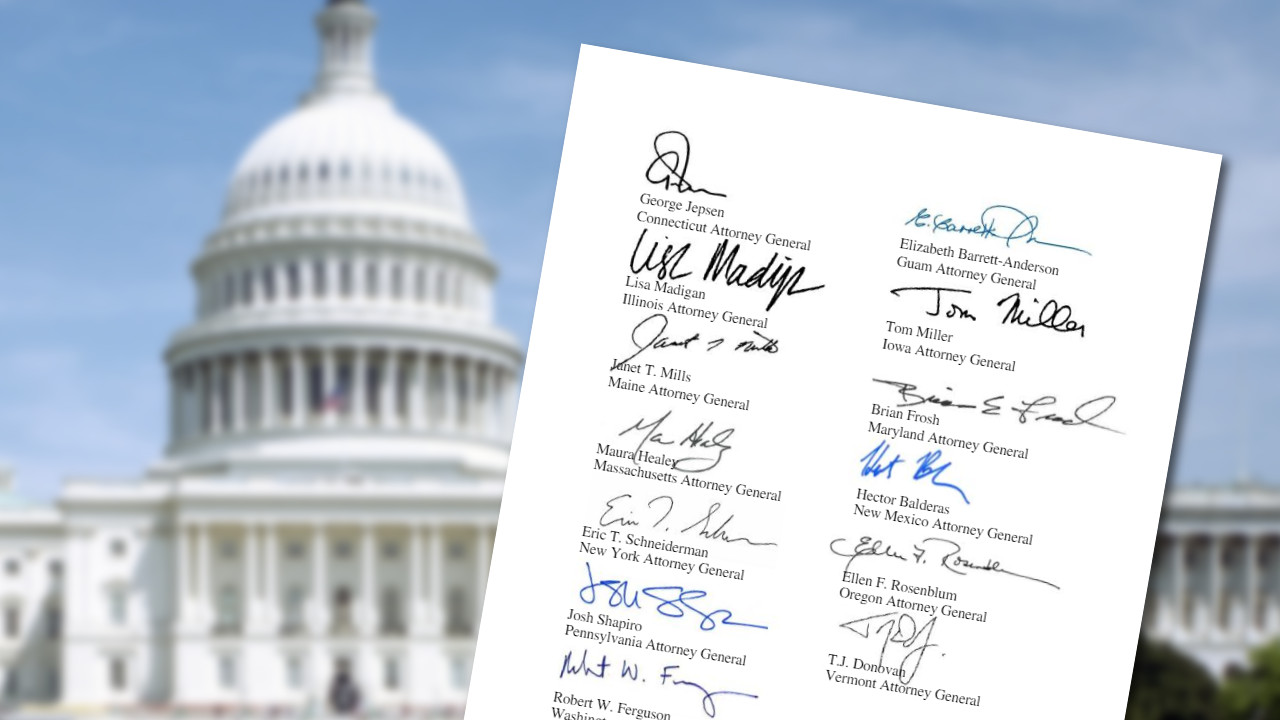 The office of AG Chin issued a media release on Tuesday, saying that he, Alaska Attorney General Jahna Lindemuth, and 17 others are urging Congress to advance legislation allowing states with legalized medical or recreational marijuana to bring that commerce into the banking system.

Chin and Lindemuth co-chair the bipartisan National Association of Attorneys General Marijuana Working Group, comprised of states that have legalized either medical cannabis dispensaries, like Hawaii, or recreational cannabis.

“Banks and other depository institutions are currently hindered by federal law from providing financial services to cannabis businesses,” Chin said. “This encourages a cash-only, grey market that hurts law enforcement and tax collections.”

Hawaii has licensed 8 dispensary operations in the state to serve medical cannabis patients. Two of them are on Hawaii Island.

We are a bipartisan group of state attorneys general who recognize that the states and federal government share a strong interest in protecting public safety and bringing grey market activities into the regulated banking sector. To address these goals, we urge Congress to advance legislation that would allow states that have legalized medical or recreational use of marijuana to bring that commerce into the banking system.

Twenty-nine states and several U.S. territories have legalized the medical use of marijuana. Among those, eight states and the District of Columbia, also allow recreational use by adults over 21 years of age. However, because the federal government classifies marijuana as an illegal substance, banks providing services to state-licensed cannabis businesses could find themselves subject to criminal and civil liability under the Controlled Substances Act and certain federal banking statutes. This risk has significantly inhibited the willingness of financial institutions to provide services to these businesses.

Despite the contradictions between federal and state law, the marijuana industry continues to grow rapidly. Industry analysts report that sales grew by 30% to $6.7 billion in 2016 and expect those totals to exceed $20 billion by 2021. Yet those revenues often exist outside of the regulated banking space. Businesses are forced to operate on a cash basis. The grey market makes it more difficult to track revenues for taxation purposes, contributes to a public safety threat as cash intensive businesses are often targets for criminal activity, and prevents proper tracking of large swaths of finances across the nation.

To address these challenges, we are requesting legislation that would provide a safe harbor for depository institutions that provide a financial product or service to a covered business in a state that has implemented laws and regulations that ensure accountability in the marijuana industry such as the SAFE Banking Act (S. 1152 and H.R. 2215) or similar legislation. This would bring billions of dollars into the banking sector, and give law enforcement the ability to monitor these transactions. Moreover, compliance with tax requirements would be simpler and easier to enforce with a better-defined tracking of funds. This would, in turn, result in higher tax revenue.

Prior Department of Justice guidance outlined how financial institutions could provide services to state-licensed marijuana businesses consistent with their obligations under federal law and created some space for the banking industry to work with those businesses, though challenges remained in many areas. The recent rescission of that guidance has made the need for Congressional action to get the cash generated by this industry into a regulated banking sector even more urgent.

Our banking system must be flexible enough to address the needs of businesses in the various states, with state input, while protecting the interests of the federal government. This includes a banking system for marijuana-related businesses that is both responsive and effective in meeting the demands of our economy. We look forward to working with you as you move forward in this process and lending our voice and expertise as you develop legislation.