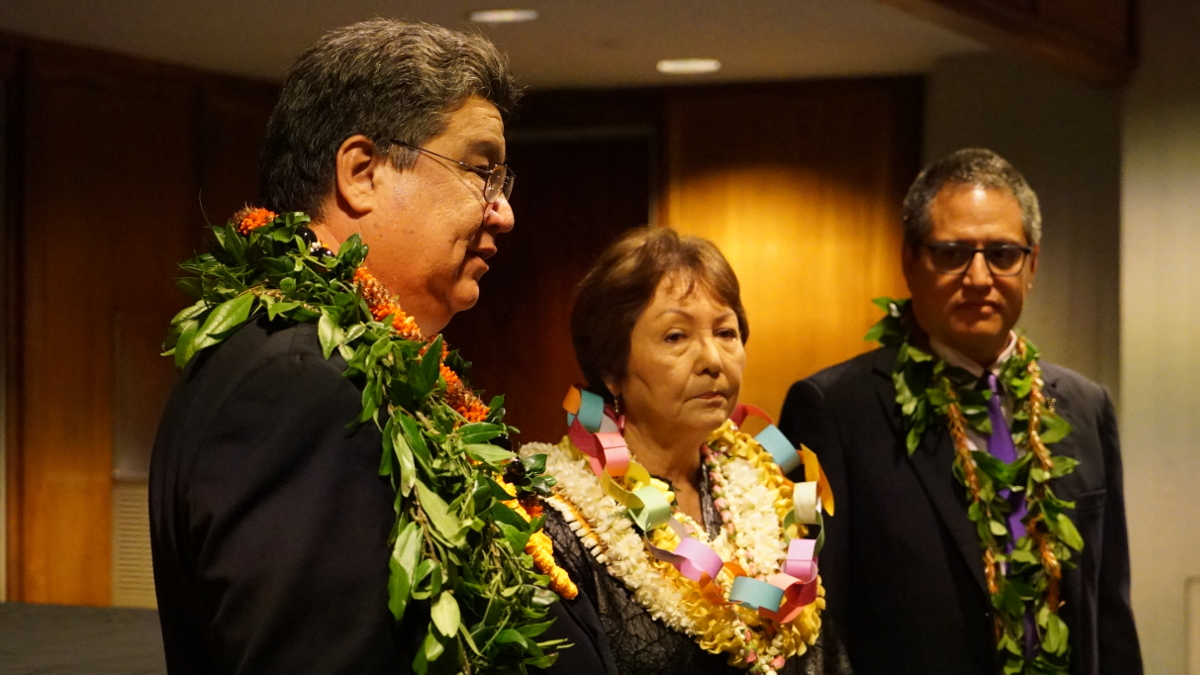 (BIVN) – While Iolani Palace was crowded with participants commemorating the 125th anniversary of the overthrow of the Hawaiian monarchy, the Hawaii State Capitol went ahead with its business, opening the 2018 legislative session with gatherings and speeches in both chambers.

The Senate session began an invocation by Pastor Matt Higa from New Hope Kaua‘i. The National Anthem and Hawai‘i Pono‘i was performed by Ms. Nalani Brun. Among the guests in the Senate Chamber were members of the Fukuoka Prefectural Assembly, Governor David Ige, mayors and council members from the neighbor islands.

Senate President Ron Kouchi tried to set the tone for the months ahead in his opening remarks. This release was issued by the Hawaii Senate Majority:

Senate President Kouchi encouraged Senators to continue to find ways to address the challenges of homelessness and follow through on the commitment to build affordable housing. With the state facing possible cuts of $12 million in federal aid, he asked Senators to remember to protect our kupuna and to ensure they are providing adequate health services for each and every resident of the state. He also encouraged Senators to continue to grow the economy to maintain funding for much needed services.

“Creating opportunities for each and every child in this state to close the income gap and to be able to reach for the stars and realize their dreams,” is the reason Senate President Kouchi emphasized education as a priority for the Senate, starting with providing funding to allow better training for teachers to give students the best education available.

President Kouchi called for support to expand the Promise Program, which provides tuition assistance for community college “so that financial need is not an obstacle to higher education and make college a reality for each and every student in Hawai‘i.”

He also wants to see an expansion of the Early College program, which brings university instructors to local high schools. Students are able to earn college credits while in high school, giving them the confidence to pursue higher learning and helping defray the cost of college, which is “a critical stepping stone to allow our children to find that pathway to success,” said Senate President Kouchi.

With the success of the Farm-to-School program that started in Kohala and is expanding to other schools, President Kouchi was encouraged to see a possible partnership between the Department of Agriculture and the Department of Education to grow the program that sources local fruits and vegetables, and most recently, locally grown beef. The Department of Education serves more than 100,000 meals a day making it essentially the largest restaurant in the state. “If we have a commitment from the largest restaurant in the State of Hawai‘i to purchase locally grown food, this is the way I see a path forward to put active production on agricultural land the state has purchased and we will be able to bring back farming and address the issue of food security.”

Reflecting on the events of Saturday’s false ballistic missile threat, President Kouchi told Senators “we found out how connected we are.” Just as in the moments when there was fear and the foremost thought was expressing love and appreciation for those closest to us, he encouraged Senators “to express love and hope and always be conscious of what you say.” He also vowed to work with the administration to determine the best practices and what is needed to ensure it does not happen again and how, as legislators, they can carry out their responsibilities to guarantee that each citizen and guest of the state will be safe.

Kouchi also assured the Governor that all 25 State Senators are committed to working on legislation that provide the best results for the people of Hawai‘i. 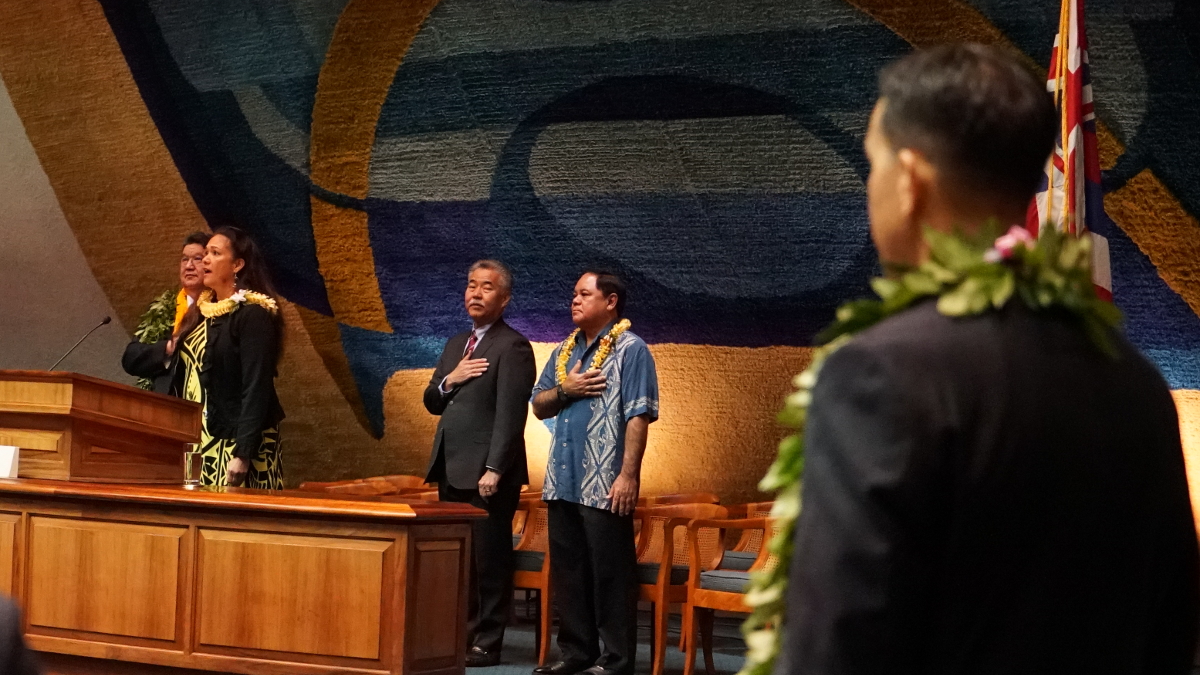