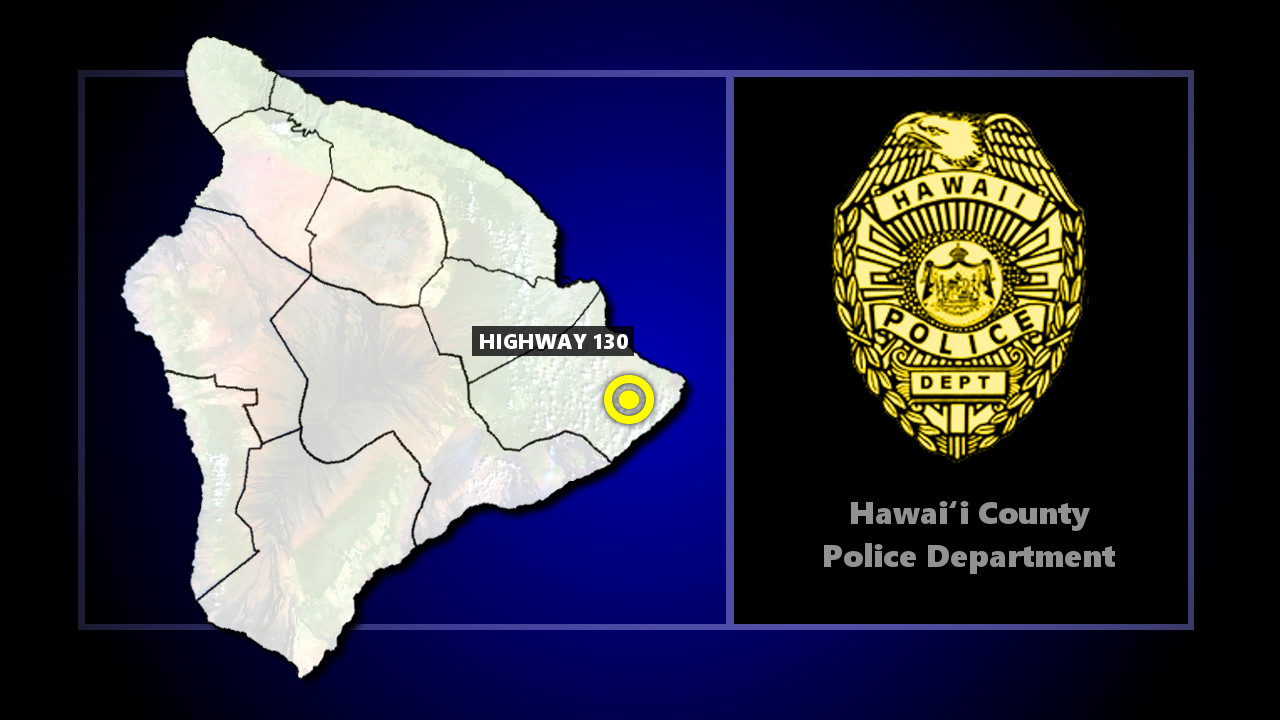 Woman Dies After Allegedly Launching Herself Into Oncoming Traffic

PUNA, Hawaii - Highway 130 was closed Tuesday night after a pedestrian was fatally struck by a car near Leilani Estates in Puna.

(BIVN) – A woman in her thirties was killed Tuesday night on Highway 130 after she was struck by a sedan.

The road was closed on the Kalapana side of Leilani Estates for several hours due to the crash.

The Hawaii County Fire Department arrived on the scene at 9:42 p.m. and found the woman laying in the Hilo bound lane. The damaged sedan was 30 yards away, pointed in the Kalapana direction.

According to the victim’s boyfriend, the two were walking together on the side of the road when the woman “launched herself into oncoming traffic”, fire crews report.

The driver of the vehicle, who was not injured, says she was driving at about 55 mph at time of impact. Her sedan had moderate front end damage and a shattered windshield, according to first responders.

Responding to a 9:40 p.m. call, police determined that a 2006 Ford sedan was traveling southbound on Highway 130 near Launahele Road when it struck the female pedestrian, who was in the roadway.

The female pedestrian was taken to the Hilo Medical Center where she was pronounced dead at 10:31 p.m.

The driver of the Ford sedan, a 40-year-old Pāhoa woman was not injured.

Police do not believe that speed or alcohol were factors in this crash.

This is the 4th traffic fatality this year compared with 4 at this time last year.