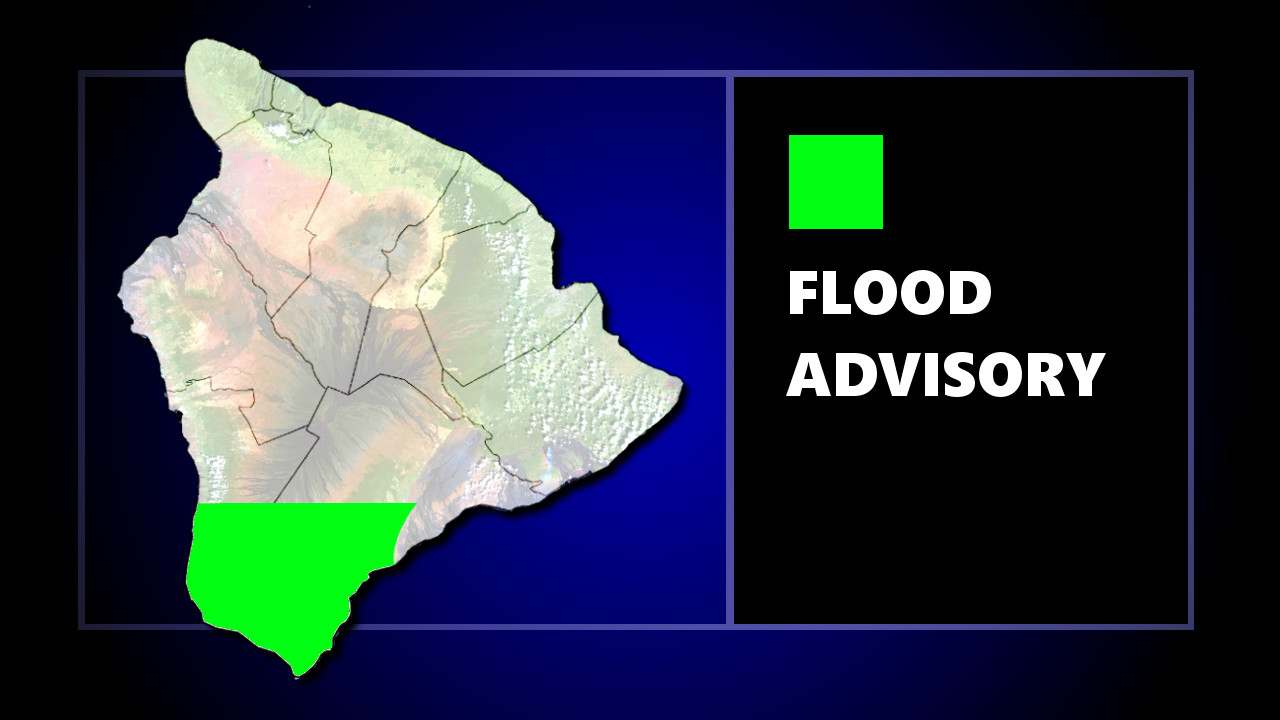 Flood Advisory Posted For Ka’u As Thunderstorm Rolls In

(BIVN) – The National Weather Service in Honolulu has issued a Flood Advisory for the Ka’u district of Hawai‘i Island until 8 p.m. HST.

“At 4:53 PM HST, radar indicated a nearly stationary thunderstorm producing very heavy rain near Hawaiian Ocean View Estates,” forecasters write in the weather alert. “Rain was falling at a rate of 1 to 2 inches per hour. Minor flooding of low lying and poor drainage areas can be expected. Locations in the advisory include but are not limited to… Naalehu, Pahala, Wood Valley, Kawa Flats, Hawaiian Ocean View, Punaluu Beach and Hawaii Volcanoes National Park.”

An hour earlier, National Weather Service radar indicated strong thunderstorms were located along a line extending from 6 miles east of Kalaoa to near Hawaiian Ocean View.

Forecasters issued a special weather alert, warning that “torrential rainfall is also occurring with these storms, and may cause localized flooding,” and that “frequent cloud to ground lightning is occurring with this storm.”

“Lightning can strike 10 miles away from a thunderstorm,” stated at the time. “Seek a safe shelter inside a building or vehicle.”

“These storms may intensify, so be certain to monitor local radio stations and available television stations for additional information and possible warnings from the National Weather Service,” the forecasters stated.