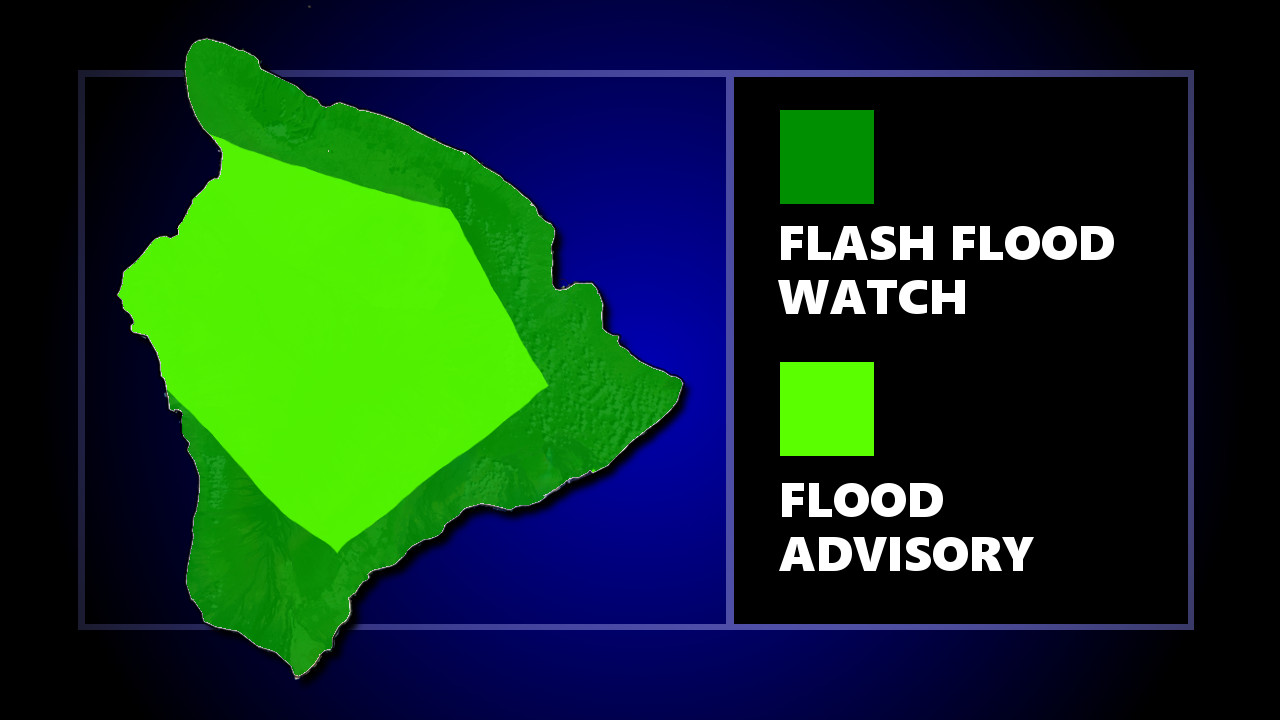 UPDATE (9:45 p.m.) – The Old Saddle Road is now open to all traffic, police say, and the Flood Advisory is no longer in effect for Hawaiʻi County. A Flash Flood Watch remains.

The latest weather alert is in effect until 9:15 p.m. HST. “At 615 PM HST, radar indicated heavy rain near Naalehu,” forecasters reported. “Rain was falling at a rate near one inch per hour.”

(BIVN) – The Hawaiʻi Police Department reports that Old Saddle Road is closed from the Daniel K. Inouye Highway to Highway 190 due to flooding on the roadway.

“Local residents should access the Waikii area from the Daniel K. Inouye Highway side as the heaviest flooding is occurring at the 52 mile marker below Waikii,” declared a Civil Defense message issued at 5 p.m.

The National Weather Service in Honolulu has issued a Flood Advisory for parts of the island of Hawaiʻi until 6:45 p.m. HST. According to forecasters:

The entire island is under a Flash Flood Watch through 6 a.m. Monday.