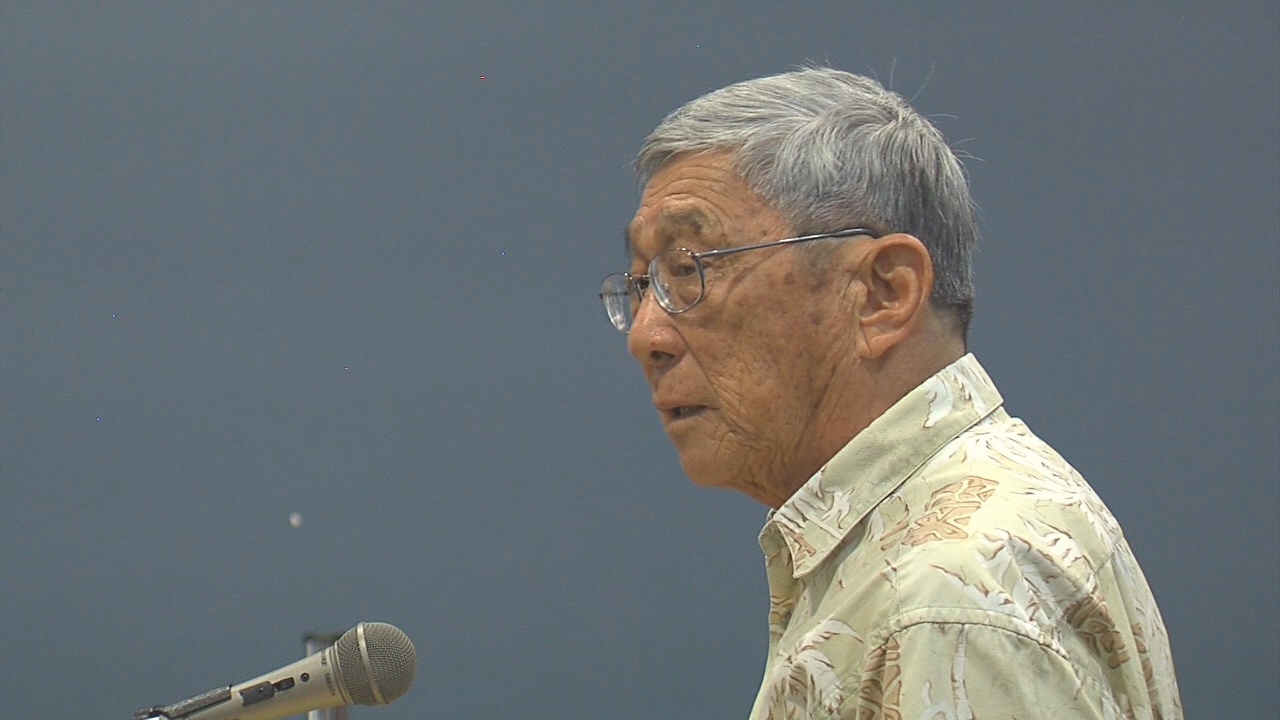 Mayor Kim Checks Out Of Hospital, Will Return To Hilo Sunday

(BIVN) – After being medevaced to an Oahu hospital on Thursday as a precaution due to chest pains, Mayor Harry Kim is now set to return home to Hilo.

The Mayor was discharged on Friday evening after undergoing procedures at The Queen’s Medical Center. Kim stayed in Honolulu with his wife over the weekend, officials say.

The mayor is set to return to Hilo on Sunday, but his family is requesting that he be allowed to come home without fanfare. “Harry informed me that he was getting some personal time in Honolulu with his wife,” said Wil Okabe, the County’s Managing Director, who is serving as Acting Mayor while the Mayor is on sick leave. “The family wants to give him a chance to come home quietly so he can rest.”

Mayor Kim, who has had three previous heart attacks and underwent quadruple bypass surgery in 2008, experienced heart attack symptoms early Thursday morning. He checked himself into Hilo Medical Center and was subsequently flown to Queen’s Medical Center on Oahu. There, the Mayor underwent tests and procedures to alleviate his symptoms, officials say.

The County of Hawai’i thanked everyone for their continued support and prayers for the Mayor’s speedy recovery, Okabe said in a Saturday media release. “We thank Hilo Medical and Queen’s for taking such good care of Harry,” Okabe said. “We’re also very grateful to Senator Hirono, Governor Ige, Mayor Caldwell and Mayor Carvalho for their expressions of aloha and well wishes to Harry. We want to thank the hundreds of people from all over the State who reached out with messages of love and concern by phone, email, social media and get-well cards.”

“We appreciate everyone giving Harry a chance to rest comfortably while he was in the hospital, and we’re hoping that the community will let Harry take time to rest and recover fully,” Okabe added.