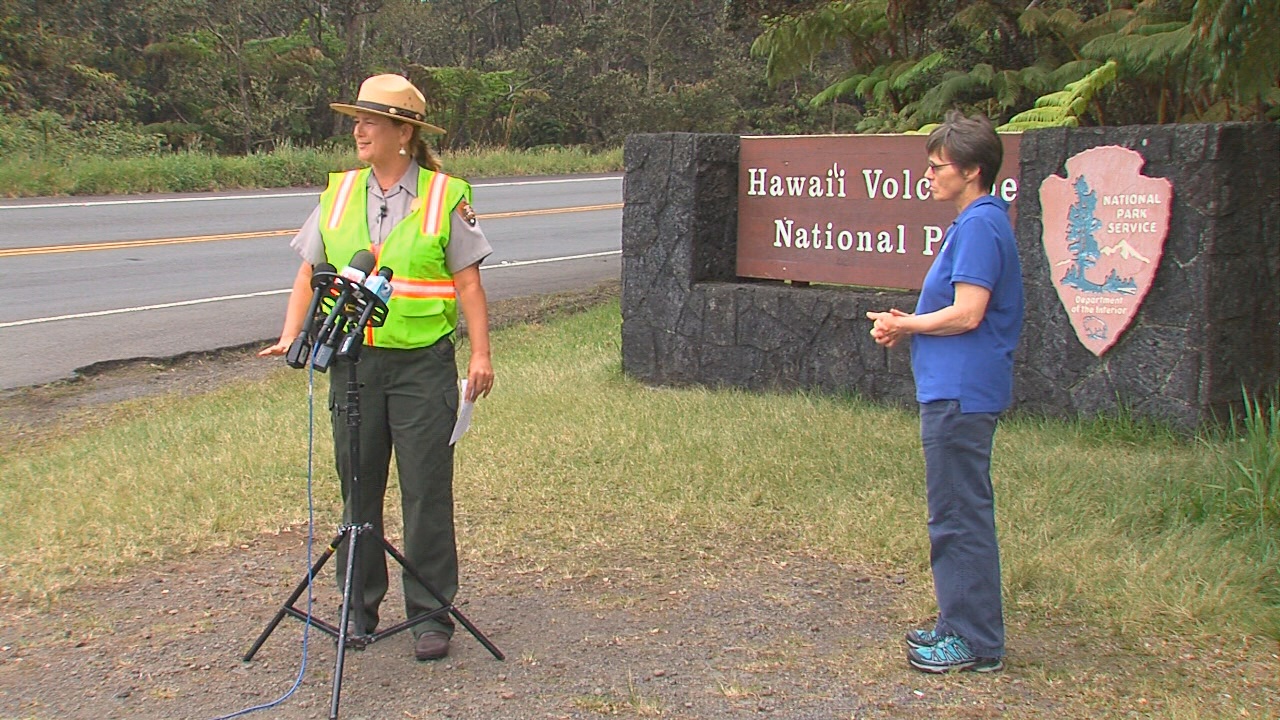 image from video taken May 5 by David Corrigan

HAWAII VOLCANOES NATIONAL PARK - Also, due to the hazardous and unpredictable ash plume coming from Pu‘u ‘Ō‘ō vent, there is a Temporary Flight Restriction (TFR) above the vent.

The park was closed for two days following the sequence of large, violent earthquakes that shook the Big Island on Friday.

“Our primary objective is the safety of employees, park partners and visitors,” said Park Superintendent Cindy Orlando in a media release. “The limited opening allows us to respond to new volcanic and seismic events should they occur and the closures that remain are necessary to keep people out of dangerous and unassessed areas. Visitors should expect changing conditions and be prepared for unannounced closures,” she said.

Park staff are busy assessing trails, roads and buildings in the park, and thus far, minimal damage has been reported. However, several rock slides were triggered by the 6.9-magnitude earthquake that struck Friday at 12:32 p.m. and a slew of aftershocks and smaller earthquakes that preceded it. The USGS reported 500 earthquakes have occurred in and around Kīlauea Volcano since Friday afternoon, and smaller temblors continue today.

Any area in the park not listed here is closed, officials say, including most trails, Nāhuku (or Thurston Lava Tube), Kīlauea Iki, Devastation Trail and Pu‘u Pua‘i and Chain of Craters Road past Mauna Ulu.

Due to the hazardous and unpredictable ash plume coming from Pu‘u ‘Ō‘ō vent, there is a Temporary Flight Restriction (TFR) above the vent. Aircraft (including drones) are not permitted in the TFR, which extends 3,000 feet above ground level and a two-mile radius from the vent. Relief aircraft on official flights approved by the National Park Service are the only aircraft allowed in the area.