PUNA, Hawaii - Residents should be aware that the lava flow is currently about half a mile from Highway 137 and, at the current rate, may cross the highway within the next five to six hours, officials say. 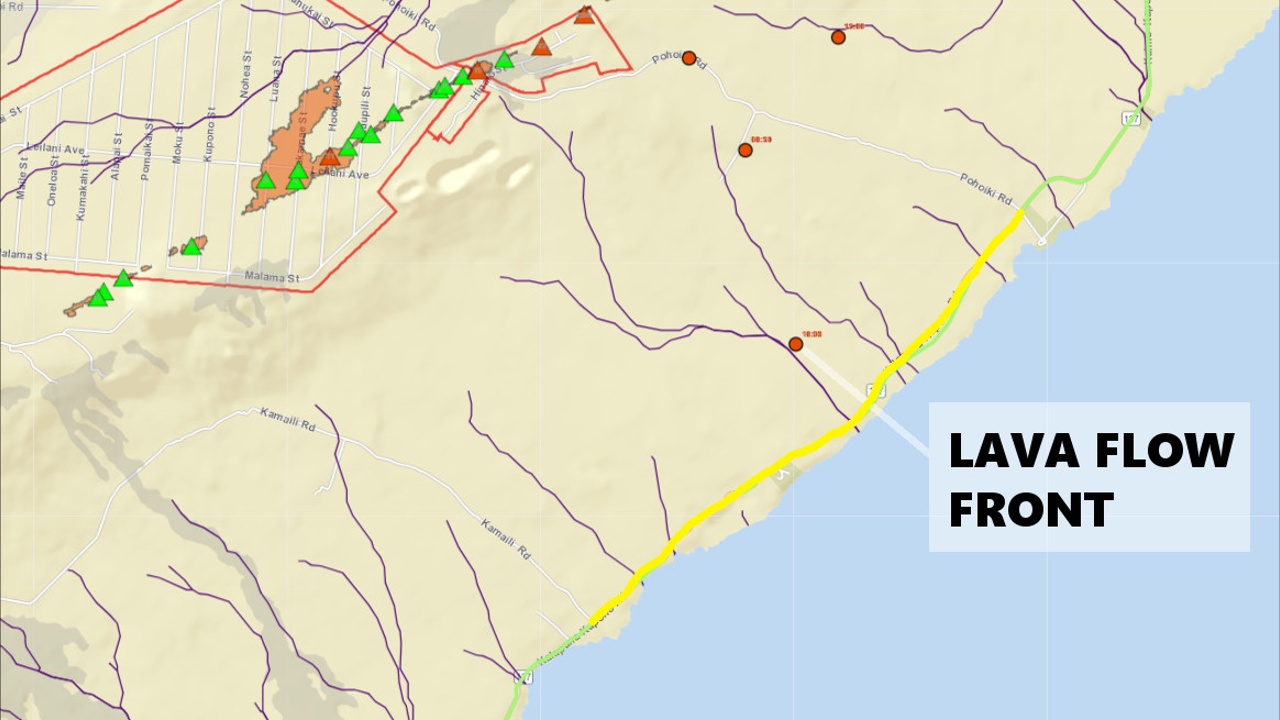 (BIVN) – Two lava flows have joined together in state forest reserve lands and are heading in the general direction of MacKenzie State Park.

“Residents should be aware that the lava flow is currently about half a mile from Highway 137 and, at the current rate, may cross the highway within the next five to six hours,” civil defense said. County and state fire units are in the area, going door-to-door to make sure people are informed and check if they need assistance.

Beginning yesterday and into today, the rate of lava eruption has increased. Fissure 17 is weakly active now, and Fissures 16-20 have merged into a continuous line of spatter and fountaining. Flows from the consolidated Fissure 20 crossed upper Pohoiki road late yesterday afternoon and continued flowing southward. This afternoon two flows from the merged fissure complex have joined less than a mile from the coast and continue to flow southward between Pohoiki and Opihikao Rds. The lava flow from Fissure 18 is stalled. It is unknown whether the flows will continue to advance, or stop, and new lava flows are likely given the rate of activity seen at the rift zone. Volcanic gas emissions remain very high.

The Hawaii DLNR Division of Forestry and Wildlife has closed the Malama Kī Forest Reserve on Hawai‘i island due to lava now flowing into it. Mackenzie State Recreation Area and Lava Tree State Monument were closed on May 4, 2018 after a series of earthquakes caused cracks in Highway 137.

Should the lava enter the ocean be aware of the laze hazard and stay away from any ocean plume, civil defense says.