PUNA, Hawaii - Tom Travis gave an update on the effort to mitigate the effects of the ongoing eruption on the geothermal energy production facility in the path of the lava flow.

(BIVN) – The Hawaii Emergency Management Agency administrator gave the Puna community an update on Puna Geothermal Venture on Tuesday, as lava is now inundating the facility.

Tom Travis, head of the task force assigned to prevent a disaster when lava from Kilauea’s lower East Rift Zone eruption meets the energy production facility, told the crowd at the Pahoa High School cafeteria that they’ve done all they can. “Access was closed to PGV,” due to the lava flow, Travis said, “so the work we’ve done is what probably is going to stand.”

Travis assured the crowd that the task force accomplished its goals, using a slide presentation that included these bullet points: 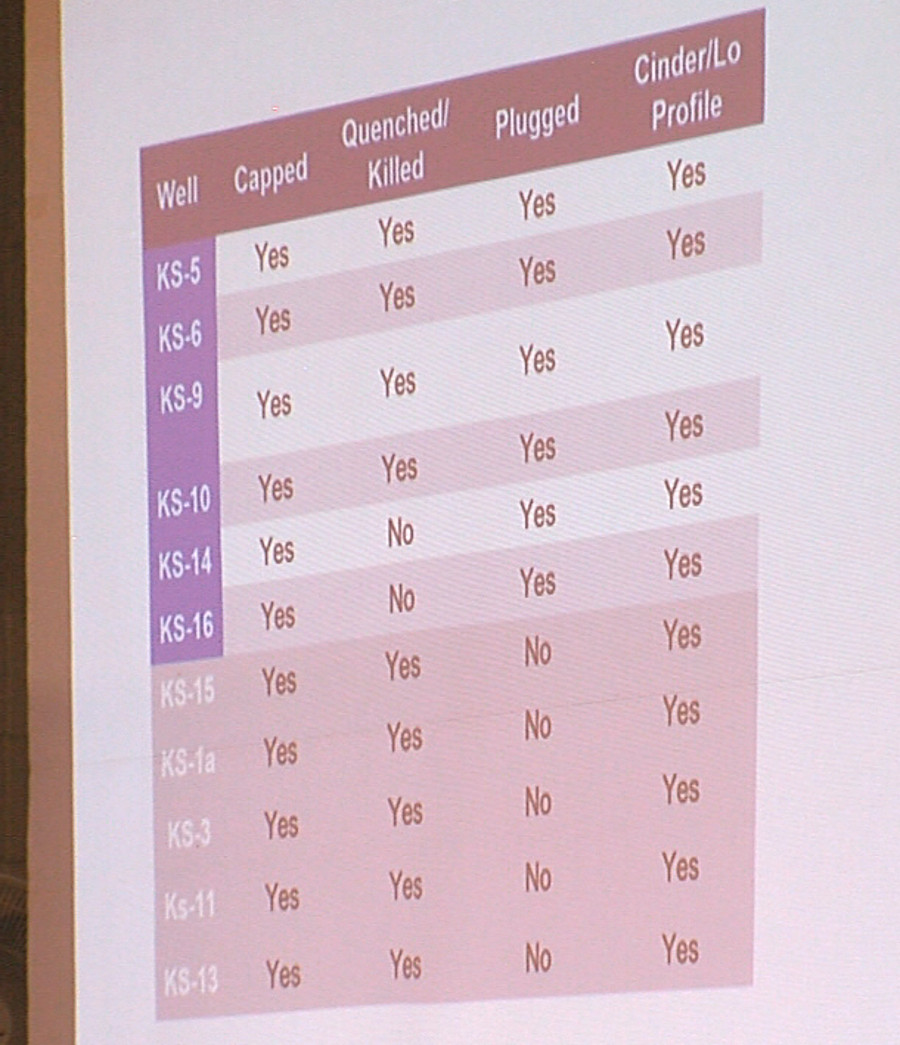