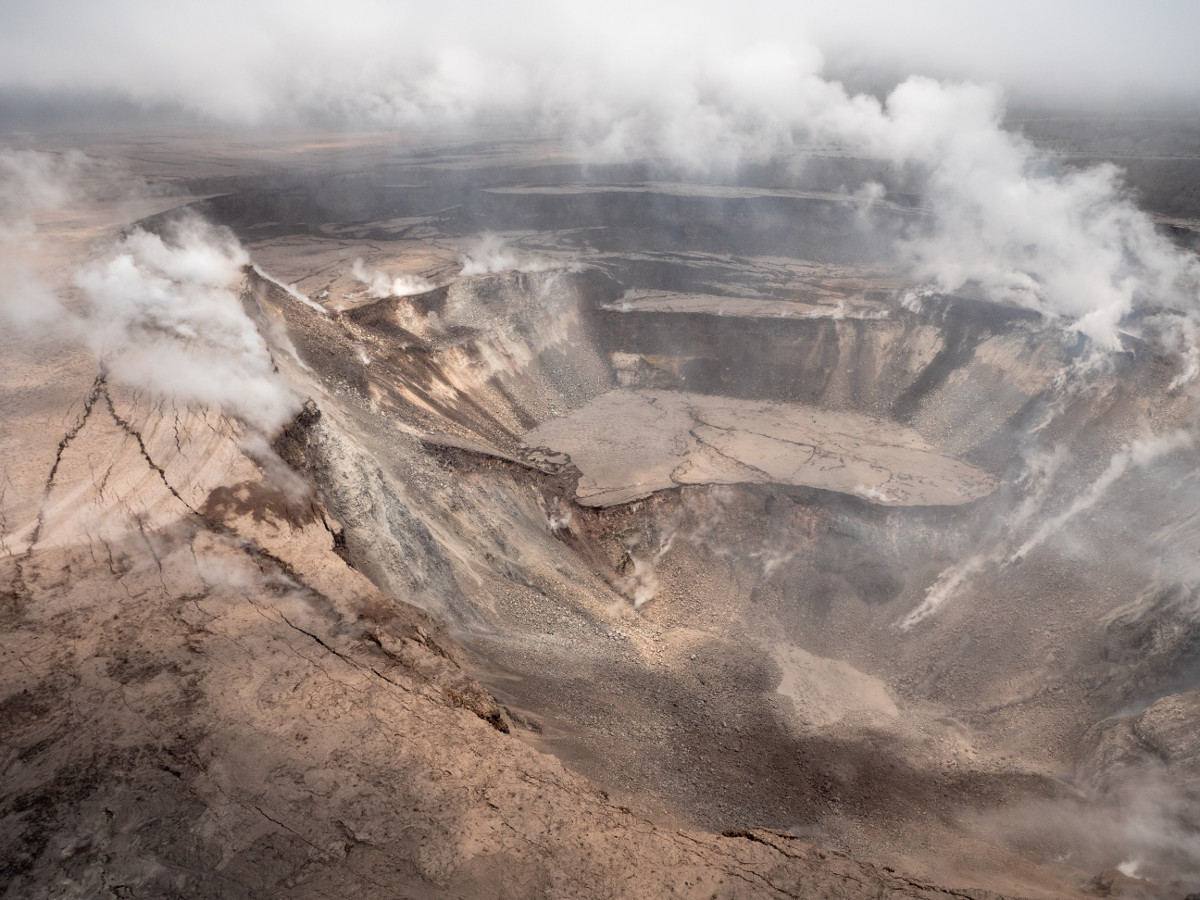 USGS: Events at the summit of Kīlauea over the past few weeks have dramatically reshaped Halema‘uma‘u, shown here in this aerial view, which looks west across the crater. The obvious flat surface (photo center) is the former Halema‘uma‘u crater floor, which has subsided at least 100 m (about 300 ft) during the past couple weeks. Ground cracks circumferential to the crater rim can be seen cutting across the parking lot (left) for the former Halema‘uma‘u visitor overlook (closed since 2008). The deepest part of Halema‘uma‘u (foreground) is now about 300 m (1,000 ft) below the crater rim.

(BIVN) – The dramatic change underway at the summit of Kīlauea was recorded during an Unmanned Aircraft Systems mission on Wednesday.

“Clearly visible are the steep crater walls that continue to slump inward and downward in response to the ongoing subsidence at the summit,” the USGS Hawaiian Volcano Observatory stated. “The deepest part of Halema‘uma‘u is now about 300 m (1,000 ft) below the crater rim.” The video was provided by the U.S. Geological Survey and Office of Aviation Services, Department of the Interior, with support from the Hawaiian Volcano Observatory and Hawai’i Volcanoes National Park.

This video was taken from a UAS (Unmanned Aircraft Systems). Limited UAS flights into this hazardous area are conducted with permission and coordination with Hawai’i Volcanoes National Park. The overflights collect visual information on what is happening at this rapidly changing eruption site. Scientists will be examining the footage in detail to understand how the expanding collapse area is evolving, the extent of tephra fall, and other clues as to what is happening at Kīlauea’s summit. This information informs assessment of hazards, which is shared with the National Park Service and emergency managers.

Inward slumping of the rim and walls of Halema`uma`u continues in response to ongoing subsidence at the summit and large rockfalls from the crater walls were detected overnight, scientists stated.

USGS Hawaiian Volcano Observatory deputy scientist-in-charge Steve Brantley detailed the changes at the summit for the benefit of the crowd attending a public meeting in Pahoa on Tuesday night. The meeting was livestreamed by Na leo TV and can be watched here. 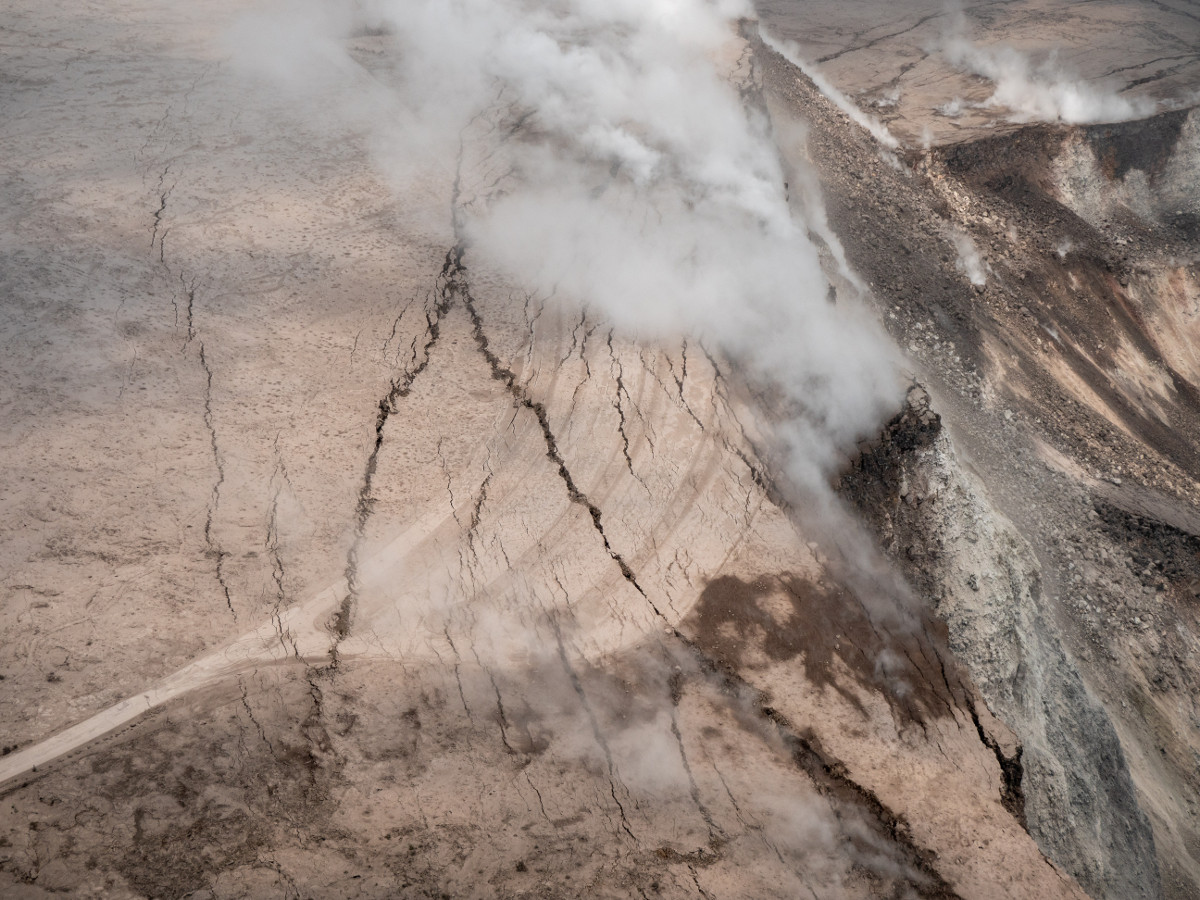 USGS: A closer view of the cracks cutting across the parking lot for the former Halema‘uma‘u visitor overlook (closed since 2008, when an active vent opened within the crater). Additional photos—ground views—of the parking lot cracks were posted on June 7 and 11.