HAWAII ISLAND - Lava was entering the sea over a broad area this morning primarily on the northern side of the entry area, scientists report. 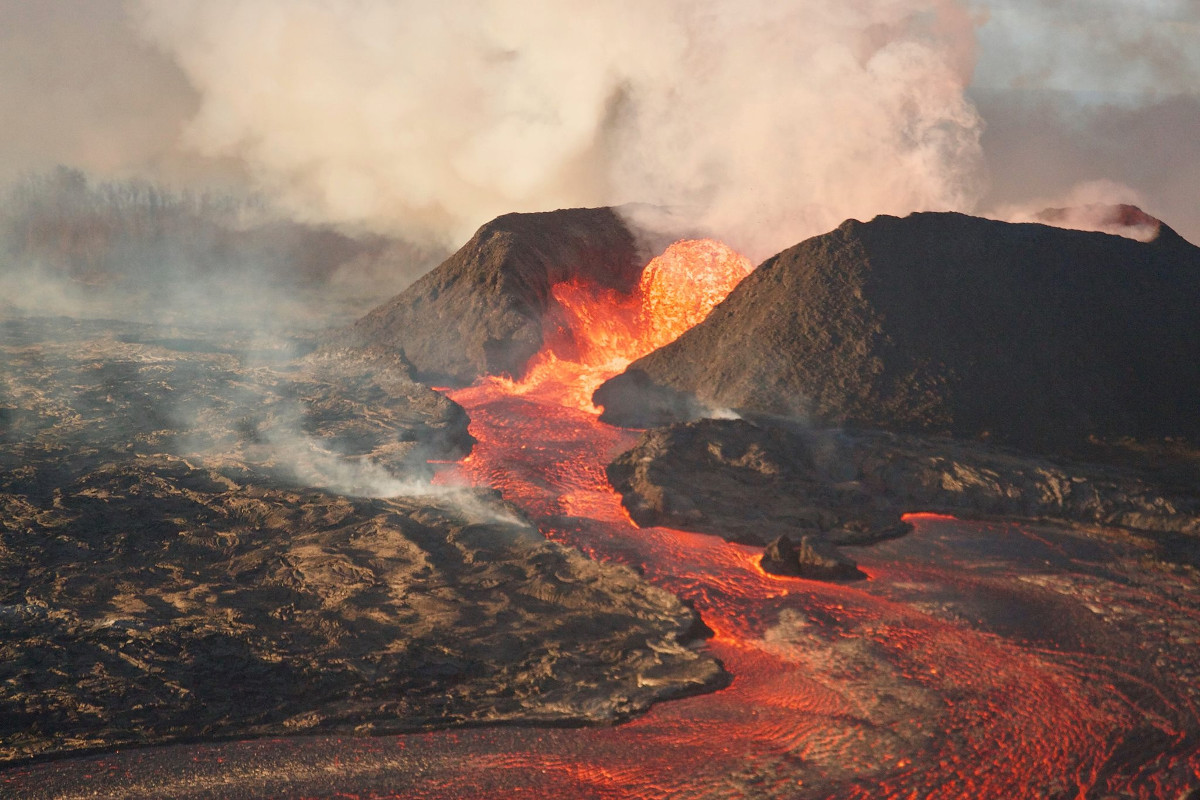 (BIVN) – Fissure 8 in Leilani Estates continues to be very active and is feeding a lava channel to the ocean at Kapoho. Intermittent small, short-lived overflows continue, the USGS Hawaiian Volcano Observatory wrote this morning, adding that the “overflows rarely extend beyond the existing flow field.”

The flow is producing a broad ocean entry along the shoreline, and is also oozing fresh lava at Kapoho Beach Lots, civil defense said.

According to the USGS:

At the coast, the northern margin of the flow field is still oozing pasty lava at several points in the area of Kapoho Beach Lots. Lava was entering the sea over a broad area this morning primarily on the northern side of the entry area. As shown by the June 29 thermal map of the flow field, the lava channel has crusted over about 0.8 km (0.5 mi) inland of the ocean entry; lava oozing from the flow’s molten interior into the ocean along most of its broad front. 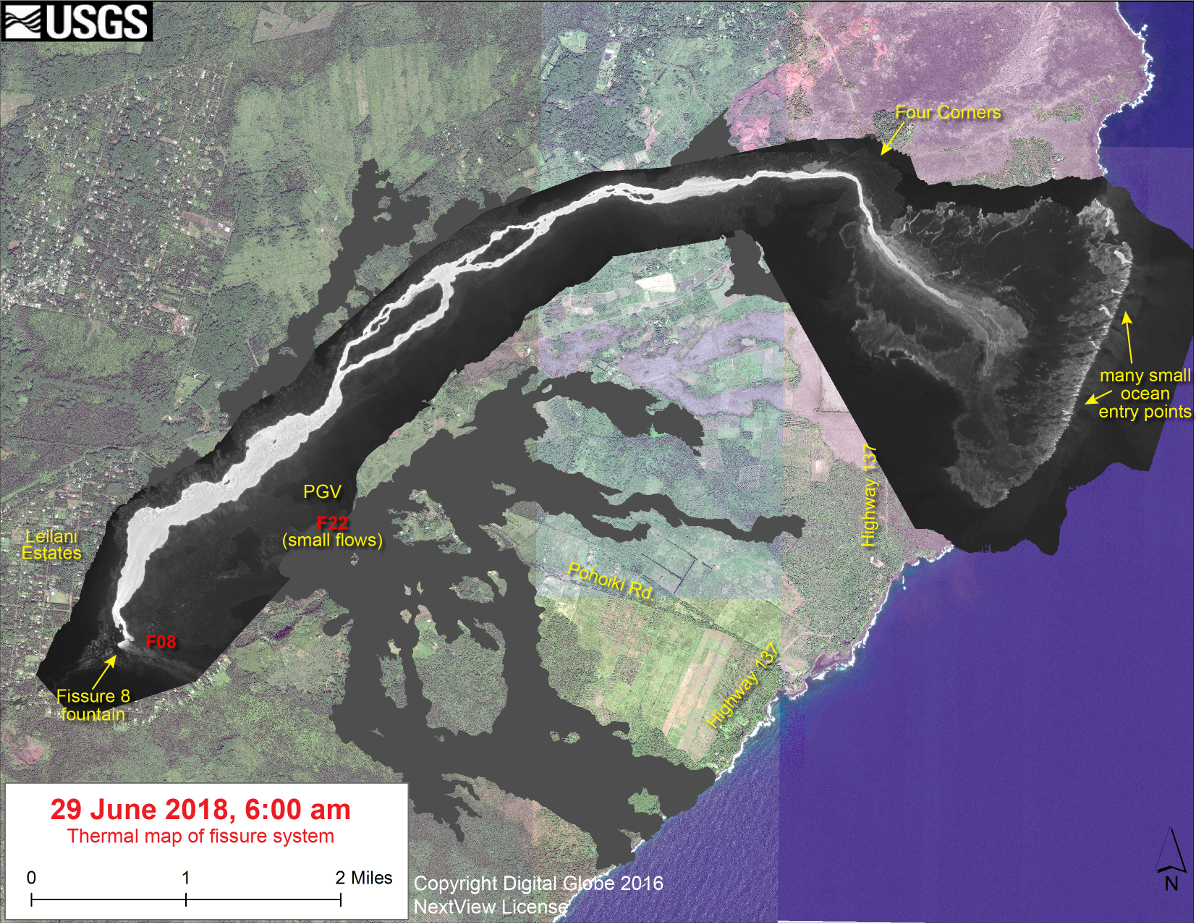 USGS: This thermal map shows the fissure system and lava flows as of 6 am on Friday, June 29 The fountain at Fissure 8 remains active, with the lava flow entering the ocean at Kapoho. Very small, short flows were observed today near Fissure 22. The black and white area is the extent of the thermal map. Temperature in the thermal image is displayed as gray-scale values, with the brightest pixels indicating the hottest areas. The thermal map was constructed by stitching many overlapping oblique thermal images collected by a handheld thermal camera during a helicopter overflight of the flow field. The base is a copyrighted color satellite image (used with permission) provided by Digital Globe.

Due to active lava near houses in Kapoho, civil defense says access by residents is not allowed. 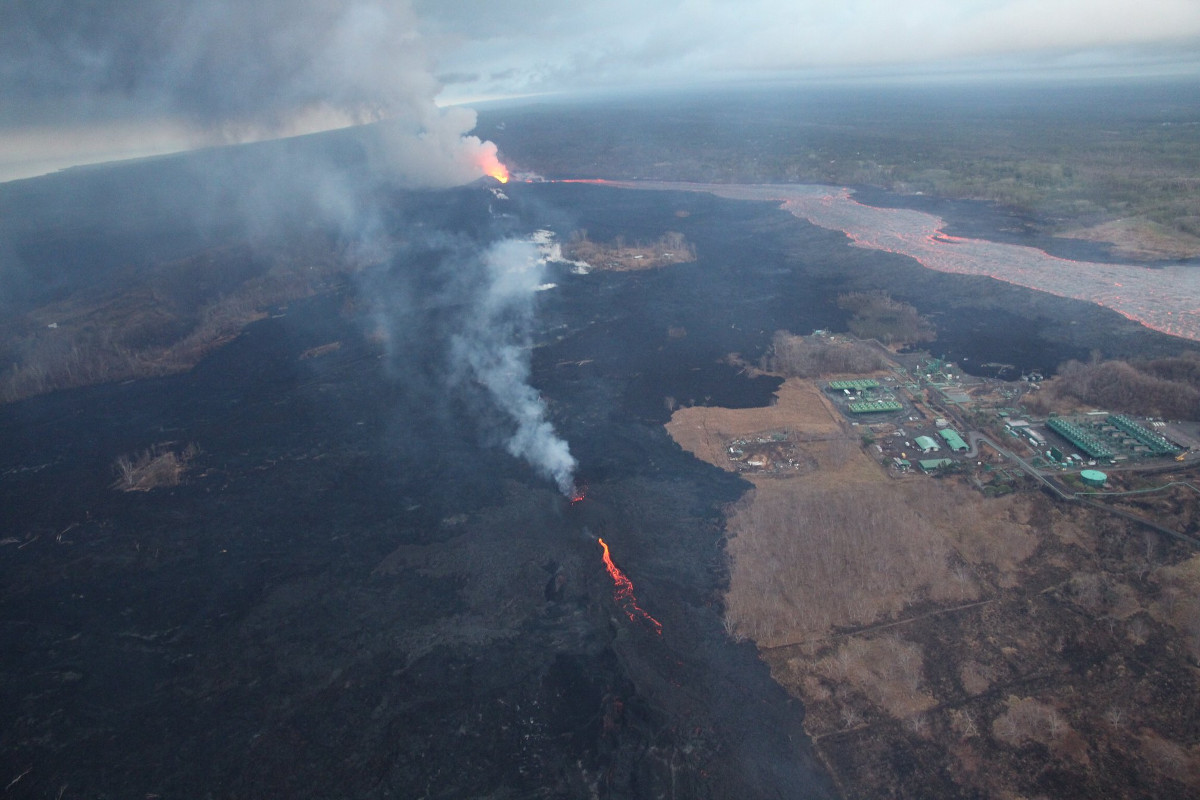 USGS photo shows an active Fissure 22 in the lower half of the image, while the lava channel from Fissure 8 continues to flow towards Kapoho.

Fissure 22 is also active and producing a short flow, officials say. “Fissure 22 is spattering about 50-80 m above conical spatter cone and feeding a short lava flow that is moving slowly to the northeast along the edge of earlier flows,” scientists said this morning.

Gas emissions from the fissure eruption and laze at the ocean entry continue to be very high, civil defense says. The National Weather Service reports trade winds will push vog to the south and west side of the island.

Residents in the Volcano area are advised to monitor utility connections of gas, electricity, and water due to frequent earthquakes.