PUNA, Hawaii - Two homes on Luana Sreet have been destroyed by the break out and one home on Nohea Street is threatened, officials reported at noon. 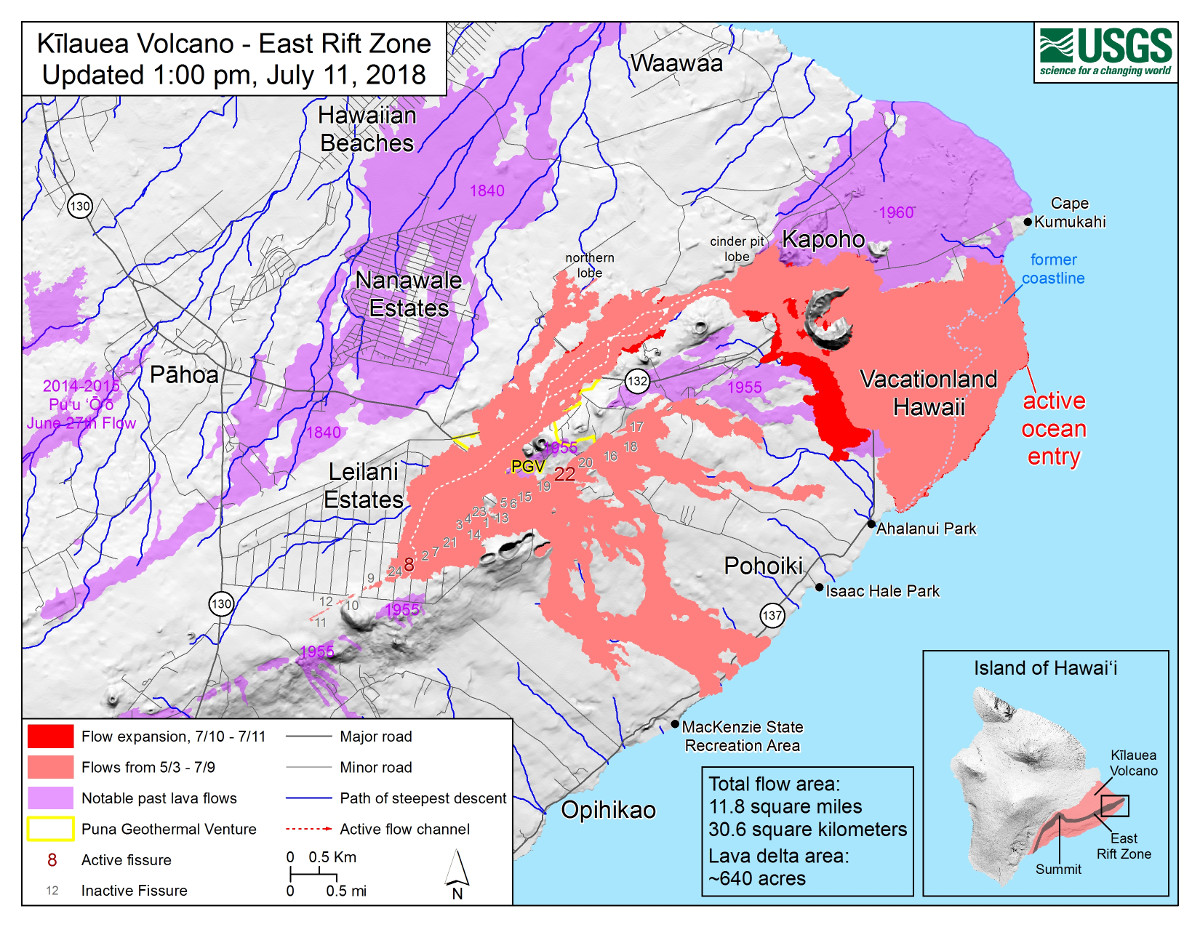 (BIVN) – The collapse/explosive event at the summit of Kilauea Volcano this morning was followed by an increase in lava from the fissure 8 vent, USGS scientists say, which in turn has produced small overflows from the upper channel that destroyed at least two homes in Leilani Estates.

Break outs are occurring from the main channel in Leilani Estates, Hawaii County Civil Defense stated in a noon message. Officials reported that USGS has confirmed that two homes on Luana Sreet have been destroyed by the break out and one home on Nohea Street is threatened. 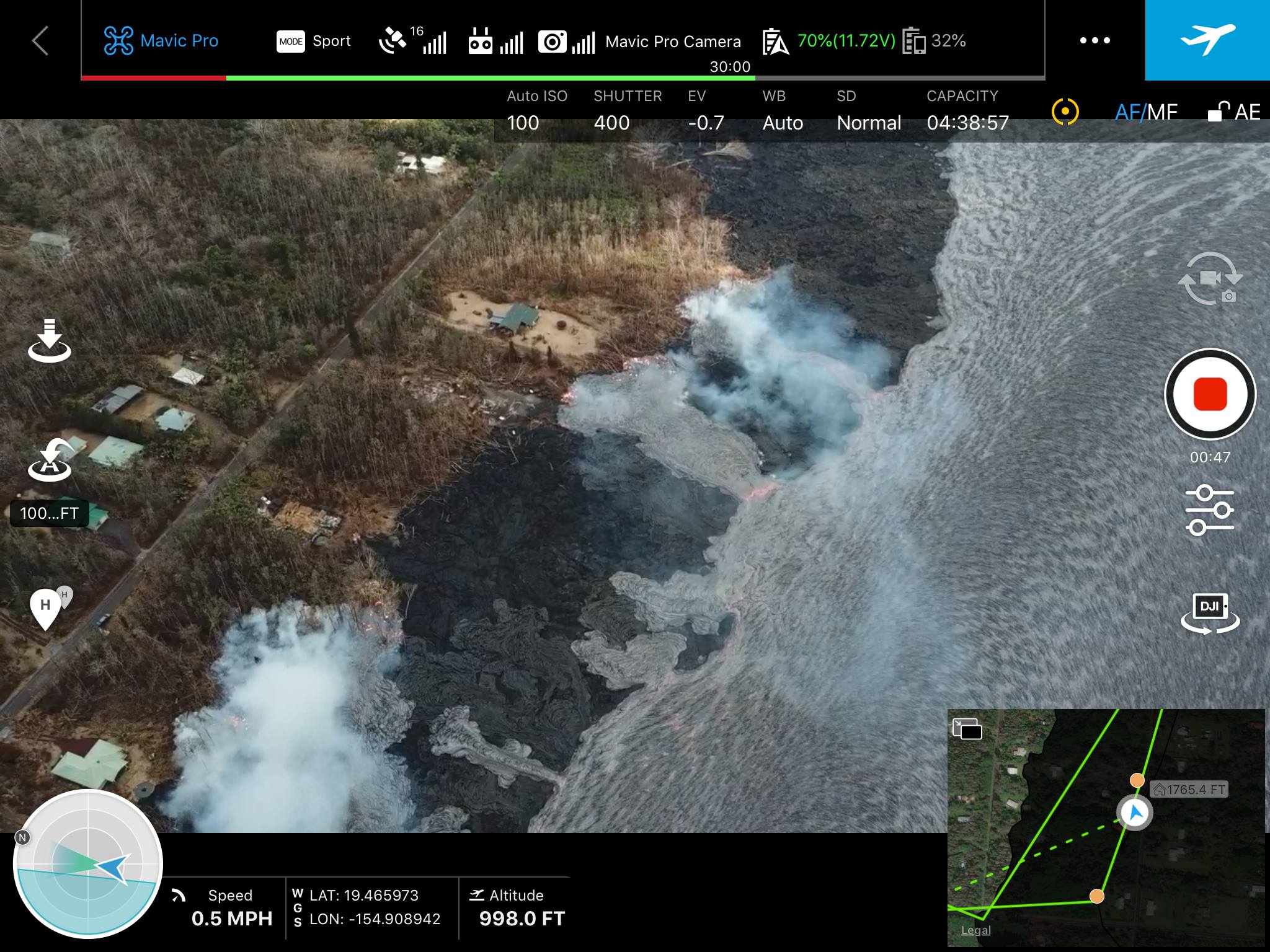 USGS: MavicPro drone screenshot of aerial image taken above the fissure 8 lava channel. At the time, the overflows were threatening homes along Nohea Street in Leilani Estates subdivision.

In addition, a lava flow moving around the west side of Kapoho Cone is still active and has proceeded to ¼ mile to the coast. Community concerns are focused on Ahalanui Beach Park, home of Puna’s popular warm ponds, as well as the Kua O Ka La Public Charter School facility.

The upper channel between Fissure 8 and Pohoiki Rd. started overflowing about 8:30 or 9 am with a few lobes advancing a short distance beyond previous flows threatening a few houses on Luana and Nohea Streets. Last night and this morning, the channel was apparently blocked again just west of Kapoho Crater and a majority of channel lava began flowing south along the west edge of previous flows west of Kapoho Crater. By 10 am, this channelized ʻaʻā flow had advanced within 2,000 ft of the coast at Ahalanui Beach Park. The ocean entry continues to be active with more centralized building of a broad point into the ocean.