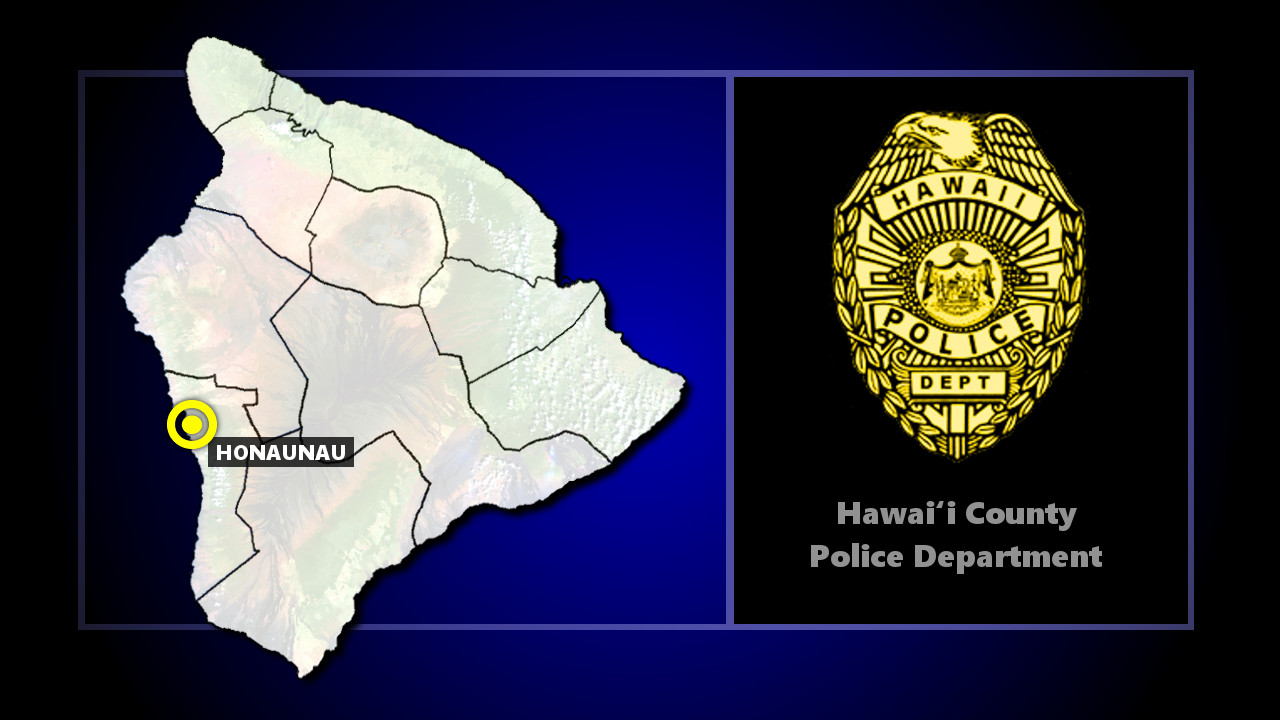 Police: Residents Advised To Lock Their Doors In Honaunau

(BIVN) – An alert message issued by Hawaii County Police this evening warns residents to “avoid the area” of Honuanau, and advises them to “lock their doors” and “report suspicious activity”, as police activity has been reported near Honaunau School.

A tense, island-wide manhunt is underway for 33-year old Justin Joshua Waiki, the suspect in the murder police officer Bronson Kaimana Kaliloa. Kaliloa was shot and killed Wednesday during a traffic stop in Mountain View on Tuesday evening.

“Autopsy results released today list the cause of death as a macerated carotid artery due to a gunshot wound,” police said in a Thursday evening media release. “The manner of death is listed as Homicide.”

In the same media release, police reminded citizens that “harboring and assisting a fugitive is a felony offense.”

“Waiki is to be considered armed and dangerous and should not be approached,” police warned. “Anyone with information his whereabouts is asked to call the police at (808) 935-3311 or those who prefer to remain anonymous may call the islandwide Crime Stoppers number at (808) 961-8300.”

The search as been bolstered with assistance from the U.S Marshalls and FBI. Both agencies have offered rewards of $10,000 each. An additional reward of another $10,000 has been offered by Alcohol Tobacco and Firearms, (ATF), which brings the total reward being offered to $30,000, police reported.

UPDATE: In a 9:34 p.m. message, police reminded motorists “that road closures in the Honaunau area may be initiated according to Police activity in the area.”