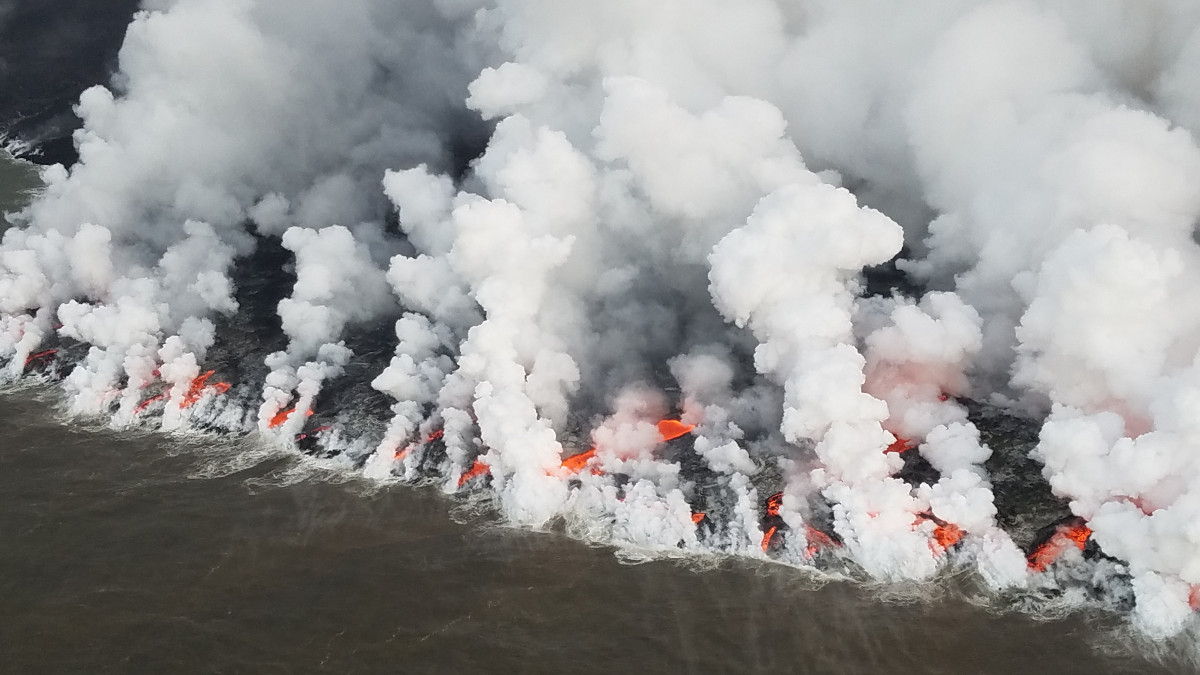 7 am Eruption Update – M4.5 Summit Quake Was Not A Collapse Event

UPDATE: The Hawaiian Volcano Observatory reports a collapse event has occurred at Halema`uma`u crater at 8:00 a.m. The Pacific Tsunami Warning Center reports its energy equal to a 5.4 magnitude earthquake.

According to a morning update from Hawaii County Civil Defense, field crews report no lava overflows nor spillovers occurring locally along the Fissure 8 channel, which continues to send lava flowing into the ocean at Ahalanui.

Yesterday’s flyover reports the margin of the flow remains approximately 500 feet from the Pohoiki Boat Ramp at Isaac Hale Park. We are awaiting observations made this morning.

UPDATE: The USGS Hawaiian Volcano Observatory posted this update on Pohoiki and the lava ocean entry at 10:17 a.m. HST:

“No overflows were reported this morning and lava levels in the more distant portions of the channel system appear low,” USGS said. It remains to be seen if a collapse event at 7:59 a.m. will result in a surge in the lava effusion rate at Fissure 8, as it has following previous summit collapse events.

The Disaster Recovery Center operation hours at the Pahoa Community Center is 8 a.m. to 6 p.m. weekdays and 8 a.m. to 4 p.m. on Saturdays. 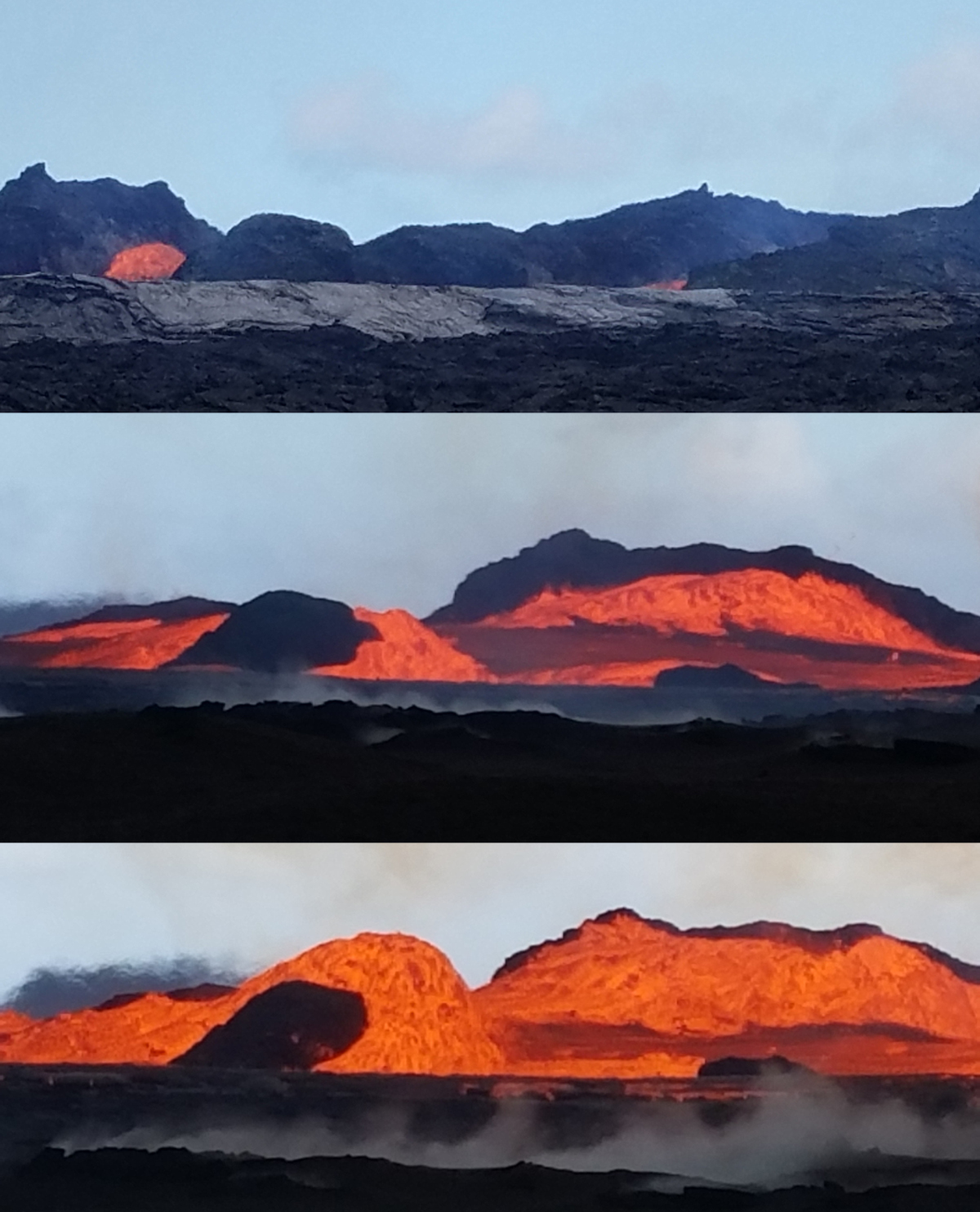 (USGS) Pulses of lava from the fissure 8 vent sometimes occur every few minutes. These photographs, taken over a period of about 4 minutes, show the changes that occur during these pulses. Initially, lava within the channel is almost out of sight. A pulse in the system then creates a banked lava flow that throws spatter (fragments of molten lava) onto the channel margin. After the third photo was taken, the lava level again decreased to nearly out of sight.