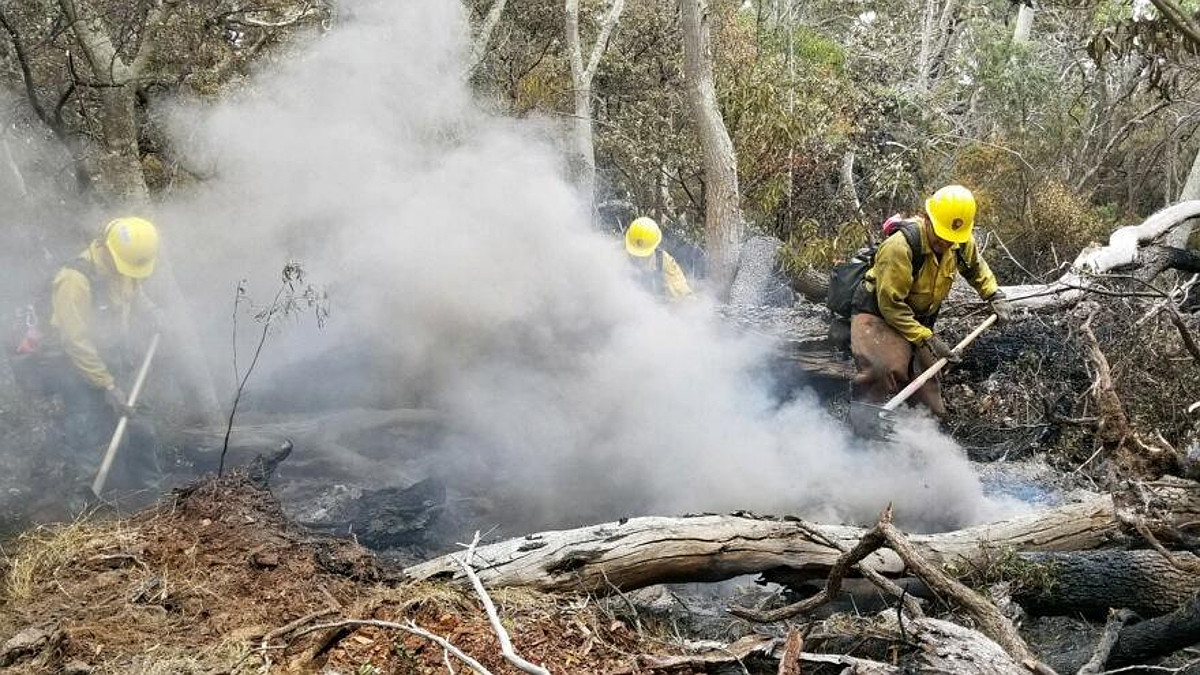 (BIVN) – Cooler weather and afternoon cloud cover helped aid firefighters in their ongoing effort to battle a brush fire on the slopes of Mauna Loa that has grown to be 3,739 acres and is now 80 percent contained.

The National Park Service said in an update:

On Monday, firefighters continued to work on constructing fire line on the northern edge of the fire. They also worked to secure the southern edge south of the Kīpuka Kī Special Ecological Area, a cultural heritage area and rare forest habitat for endangered species

Fire crews also worked along the Mauna Loa Road to fall a limited number of trees that became hazards from the fire. By proactively taking down these trees, the area becomes not only safer for firefighters, but also for the park’s resource advisors and scientists who are studying the fire area and the long-term effects.

The fire may be visible from Highway 11, officials said, especially for Hilo-bound traffic. However, the fire is not impacting the road or travel.

The National Park Service added that the 2018 Wildfire LOOKOUT! campaign started today across Hawaiʻi. “Did you know 99 percent of wildfires in Hawai‘i are started by people?”, the NPS wrote. “You can help protect our ‘āina and learn how to be fire safe by visiting hawaiiwildfire.org.”