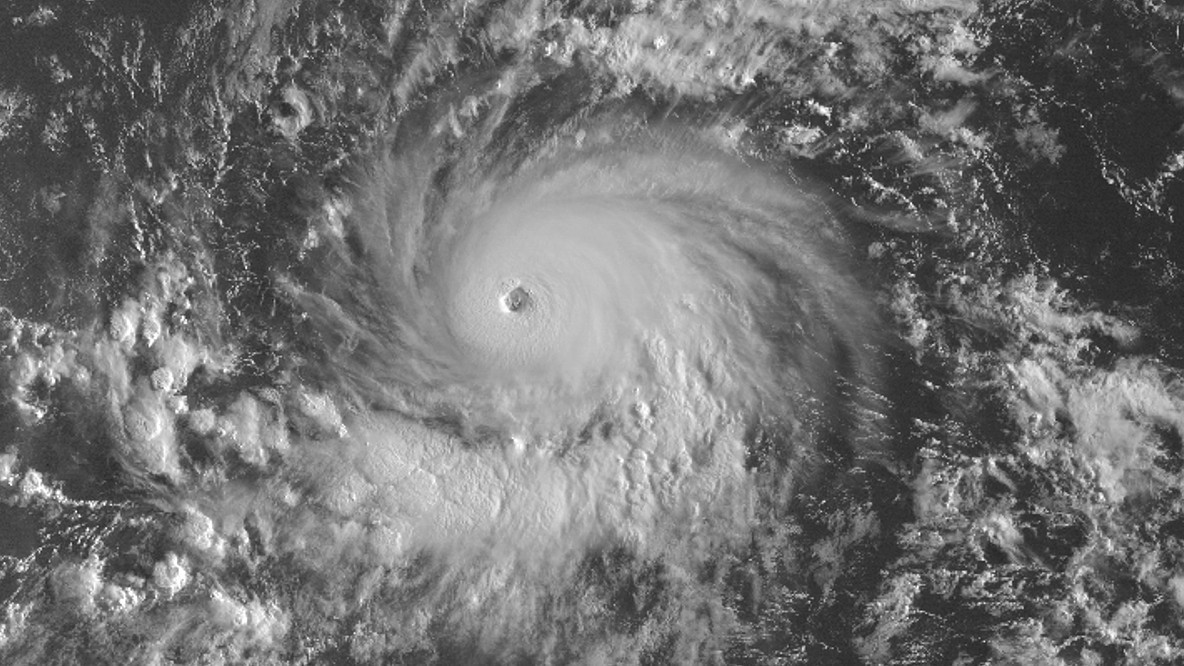 HAWAII ISLAND - Forecast uncertainty ramps up heading into the middle/latter half of next week as Hurricane Lane passes near or just south of the islands.

“A motion between west and west-northwest with a small decrease in forward speed is expected during the entire forecast period,” the National Weather Service stated at 5 a.m. HST on Saturday. “Lane is forecast to cross into the central Pacific basin later today.” 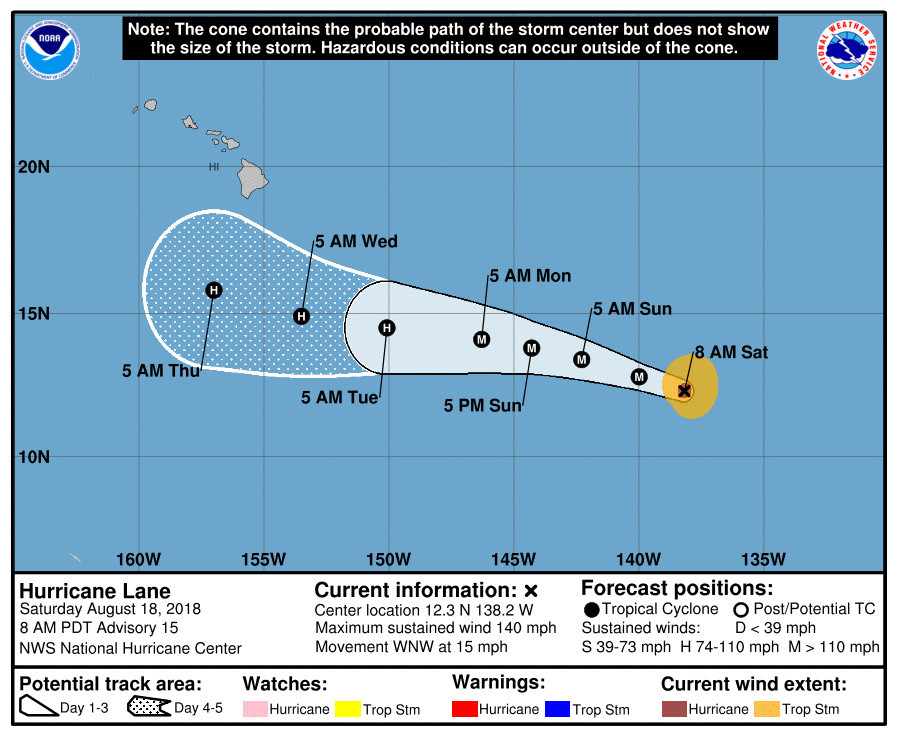 Lane will approach the Hawaiian Islands region next week. “Forecast uncertainty ramps up heading into the middle/latter half of next week as Hurricane Lane passes near or just south of the islands,” National Weather Service forecasters in Honolulu wrote at 3:27 a.m. HST. “It remains too early to forecast the exact location of Lane and whether it will directly impact portions the state. Forecast confidence will steadily rise through the weekend into early next week.”

“We will continue to monitor the track and intensity of Hurricane Lane as it moves closer to the islands, as an elevated easterly swell is expected to move into the coastal waters beginning Sunday night and continuing through the middle of next week,” NWS said. “This easterly swell will likely result in large surf for east and southeast facing shores of the Big Island and could potentially produce large surf for east facing shores of Maui.” 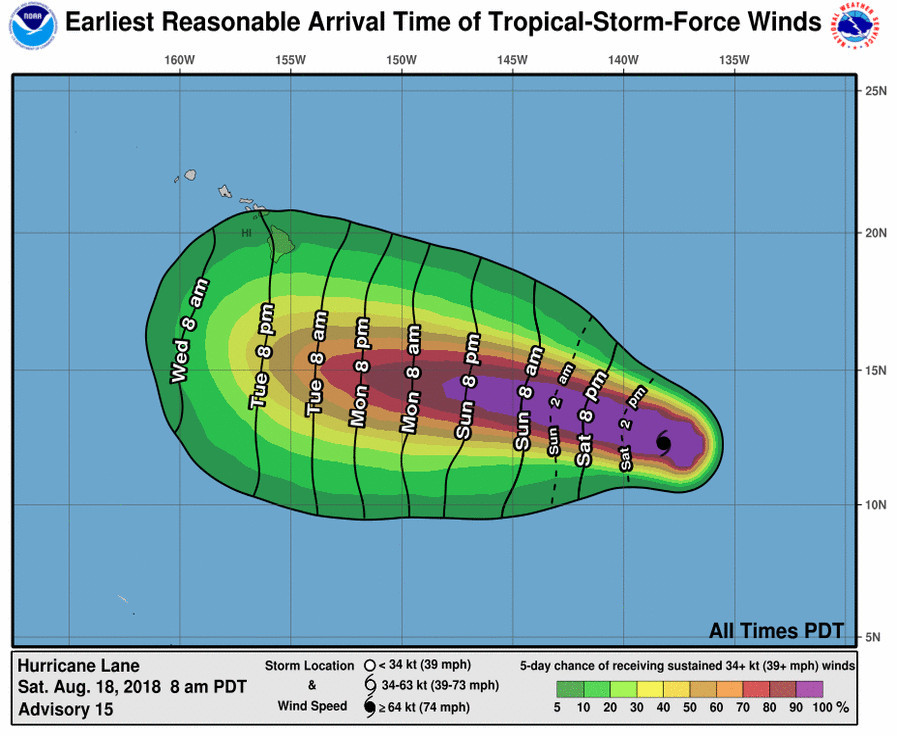 From the 5 a.m. HST discussion posted by the National Hurricane Center:

Lane’s inner-core convective organization has continued to improve with satellite intensity estimates vacillating between T6.0/115 kt and T6.5/127 kt during the past 6 hours. The 15-nmi-diameter eye remains quiet distinct and is embedded within a solid ring of cloud tops colder than -70 deg C. An average of the various intensity estimates from TAFB, SAB, and UW-CIMSS ADT and SATCON support increasing the intensity to 120 kt.

The initial motion estimate is 285/13 kt. There has been little change in the models over the past couple of days, and the latest NHC guidance, especially the consensus track models, required no significant changes to the previous advisory track. The large expansive subtropical ridge to the north of the hurricane is forecast to remain intact and gradually build westward to the north of the Hawaiian Islands throughout the 120-h forecast period. As a result, Lane is expected to move west-northwestward for the next 48 hours or so, and then turn westward by day 3, maintaining that motion on days 4 and 5. The official forecast track lies close to a blend of the HCCA, TVCE, and FSSE consensus models. On the forecast track, Hurricane Lane is expected to move into the Central Pacific basin in about 9 hours at around 0000 UTC.

Although Lane will be remaining over 27.0-27.5 deg C SSTs during the forecast period, increasing westerly to northwesterly vertical wind shear to around 15 kt, along with a slightly drier mid-level environment, is expected to induce slow but steady weakening by 24 hours. Although Lane could strengthen a little more before the prolonged weakening begins, the general intensity trend should be downward. However, the rate of weakening is held a little above the intensity guidance owing to the warmer SSTs indicated by raw data than what the SHIPS model guidance is using.