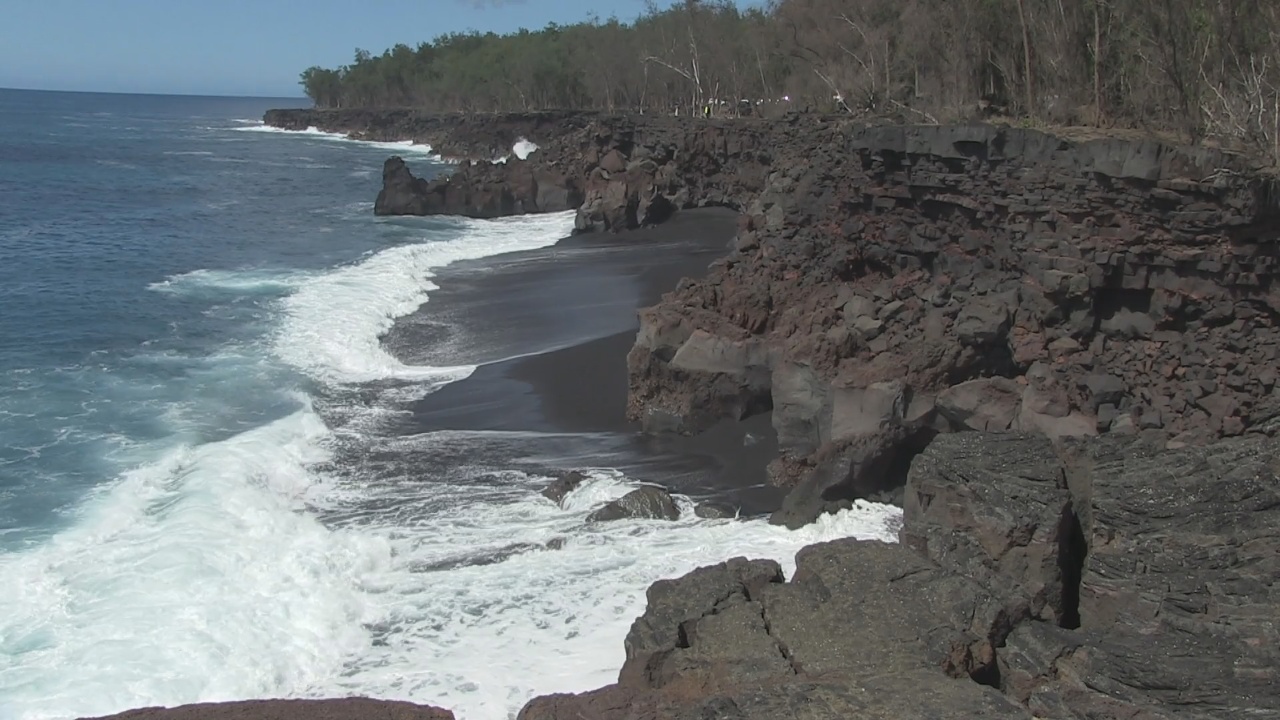 HAWAII ISLAND - The closures include the newly reopened MacKenzie State Recreation Area in Puna, which had been shut down due to the threat form Kilauea Volcano's lower East Rift Zone eruption.

UPDATE (Sept. 11 at 9 a.m.) – The DLNR Division of State Parks has decided to keep all Hawai’i island park units open today, based on the current track of Tropical Storm Olivia.

(BIVN) – State lands on Hawai‘i Island under the jurisdiction of the Department of Land and Natural Resource’s Division of Forestry and Wildlife will be closing before Hurricane Olivia arrives.

According to the DLNR, all Hawai‘i island and Maui Nui lands under the jurisdiction of DOFAW are closing at noon on Tuesday, Sept. 11, 2018.

DLNR Chair Suzanne Case explained, “This is standard operating procedure for our publicly accessible lands and is a prudent approach to keep everyone out of harm’s way during these hurricanes and tropical storm events. We know it may be an inconvenience for people, particularly those who have camping permits, but our top priority is keeping everyone… staff and visitors safe until the storm has passed.”

The closures include the newly reopened MacKenzie State Recreation Area in Puna, which had been shut down due to the threat form Kilauea Volcano’s lower East Rift Zone eruption. Just this past Saturday, MacKenzie welcomed visitors back to a transformed landscape that included new black sand beaches, created by the voluminous lava ocean entries to the north. MacKenzie was heavily damaged by Hurricane / Tropical Storm Iselle in August 2014.

“Hurricane Olivia will approach from the east Tuesday afternoon,” the National Weather Service stated just before noon today, “then move through the eastern and central portions of the island chain late Tuesday and Wednesday as a Tropical Storm, then continue on a westward track passing south of Kauai Wednesday afternoon through Thursday. Regardless of the exact track and intensity that Olivia takes as it approaches the islands, significant effects often extend far from the center. In particular, the mountainous terrain of Hawaii can produce localized areas of strongly enhanced winds and rainfall, even well away from the center.”

All closures remain in effect until further notice pending impact assessments, DLNR says. People with camping and lodging permits have been notified via e-mail about refunds or rescheduling their visits.

All state small boat harbors, operated by the DLNR Division of Boating and Ocean Recreation (DOBOR) will remain open during the storm and provide safe harbor for small vessels.