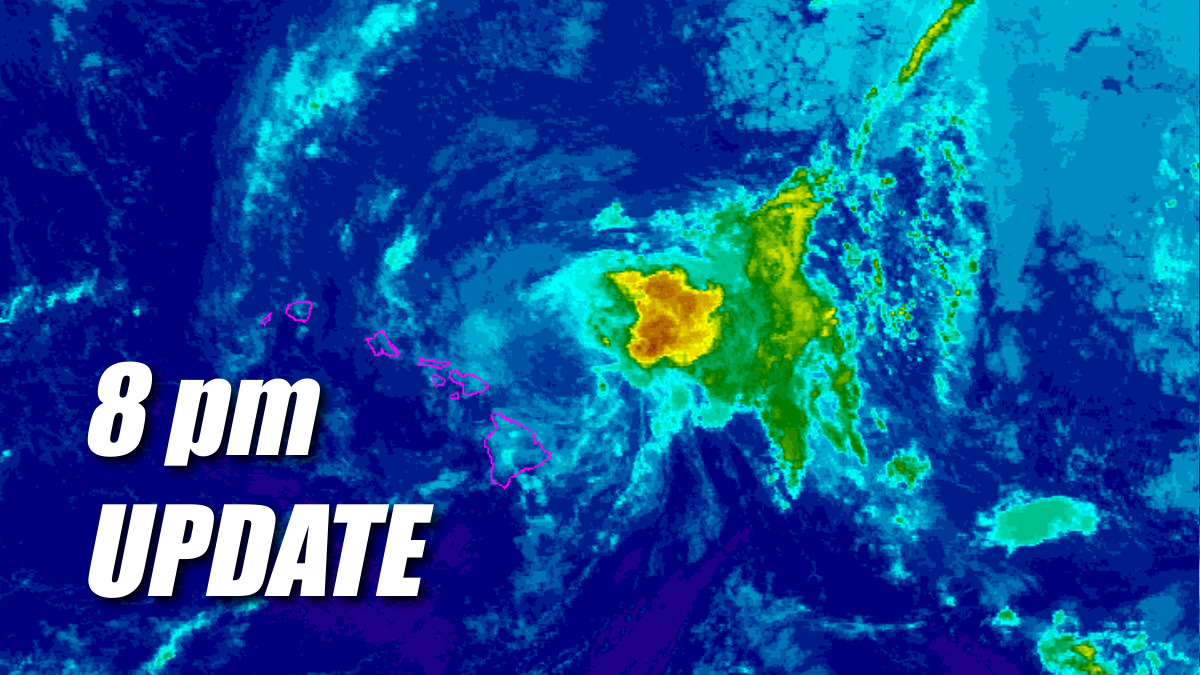 HAWAII ISLAND - The American Red Cross and the Department of Parks and Recreation have opened an emergency shelter at the Waimea Community Center.


(BIVN) – Tropical Storm Olivia has slowed down but is still moving towards Maui County and Hawai‘i Island. Olivia is 85 miles north northeast of Hilo.

Olivia’s maximum sustained winds are still near 50 mph, but the storm is now moving to the southwest near 8 mph. “A general west-southwest motion and a gradual increase in forward speed is expected overnight as the center of Olivia approaches Maui and the Big Island,” the Central Pacific Hurricane Center said at 8 p.m. “After Olivia moves past the islands, a somewhat faster west-southwest motion is expected to resume and continue for the next couple of days.”

Tropical storm conditions are expected over portions of Maui County and the Big Island starting tonight. Hawai‘i County Civil Defense says strong winds are anticipated throughout the evening and overnight, especially for the northern half of Hawaii Island. Heavy rainfall and flash flooding is also possible.

The American Red Cross and the Department of Parks and Recreation have opened an emergency shelter at the Waimea Community Center. “This shelter is for your convenience,” Hawai‘i County Civil Defense says, adding “there is no mandatory evacuation at this time. If you choose to evacuate to a shelter, food and bedding are not provided.”

The Hawai‘i Police Department reports that all roads are open at this time. “Be aware that park and roadway closures may occur without notice,” civil defense says.