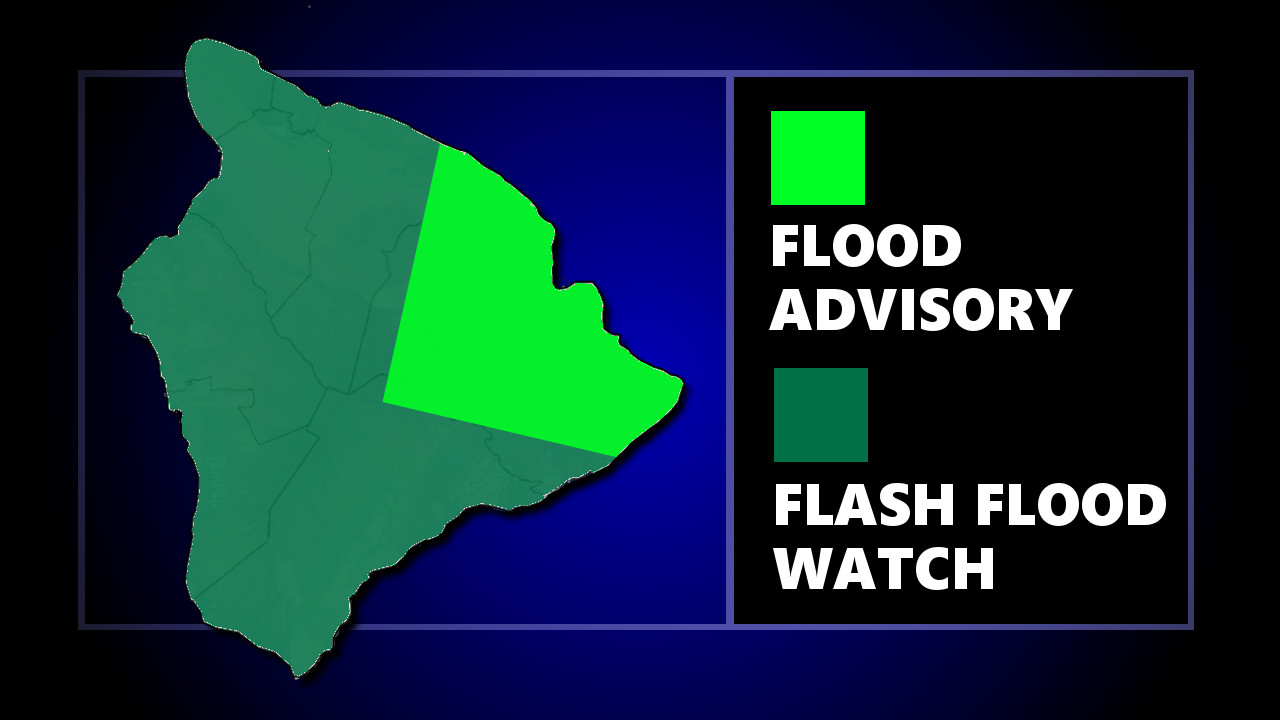 HAWAIʻI ISLAND - Heavy rain is occurring in and around Hilo, as a Flood Advisory has been issued for a portion of East Hawaiʻi.

(BIVN) – The National Weather Service in Honolulu has issued a Flood Advisory for a portion of East Hawaiʻi in Hawaiʻi County, in effect until 6:15 p.m. HST.

At 3:07 p.m. HST, radar indicated heavy rain near Hilo. Rain was falling at a rate of one and one half inches per hour, foercasters said. Thunder was also heard rumbling overhead.

The Flood Advisory is on top of an existing Flash Flood Watch, in effect for the State of Hawaiʻi, as “an area of very moist air has spread over the islands and a trough aloft is making the atmosphere unstable,” the National Weather Service says. “The combination of moisture and instability will bring a chance of flooding rains. The chance of flooding will be greatest from Oahu to the Big Island.”

Winds are light, so heavy showers may sit over the same area for some time, the forecasters say. Conditions will remain favorable for heavy rain through Saturday evening.