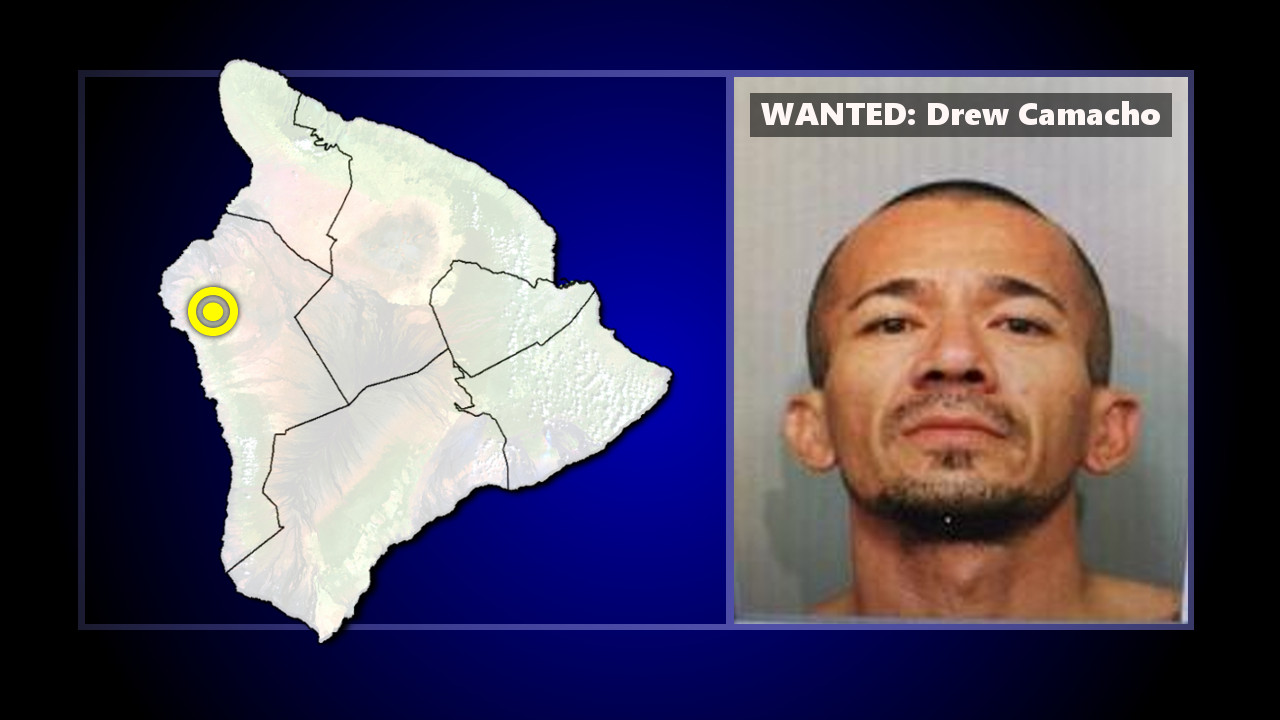 KAILUA-KONA, Hawaiʻi - Police issued an alert for Drew Camacho on Monday, after police say he assaulted a man and a woman at their residence located off of Kaʻiminani Drive.

(BIVN) – Hawaiʻi Police issued a Nixle alert on Monday, warning the public of a suspect wanted for felony assault in Kona.

Party assaulted a female and male party at their residence located off of Kaiminani Drive in Kona on 10-29-18 in the morning hours. Party left area a black 1998 Honda Civic, with graffiti writing on it, with vehicle plates #ZCG-186.

Police say Camacho is 5’11” 165 lbs., has brown eyes and short black hair. He is also said to have “numerous tattoos on both arms, and about the body.”

“If located or observed, do not approach,” officials say, rather “contact Police.”