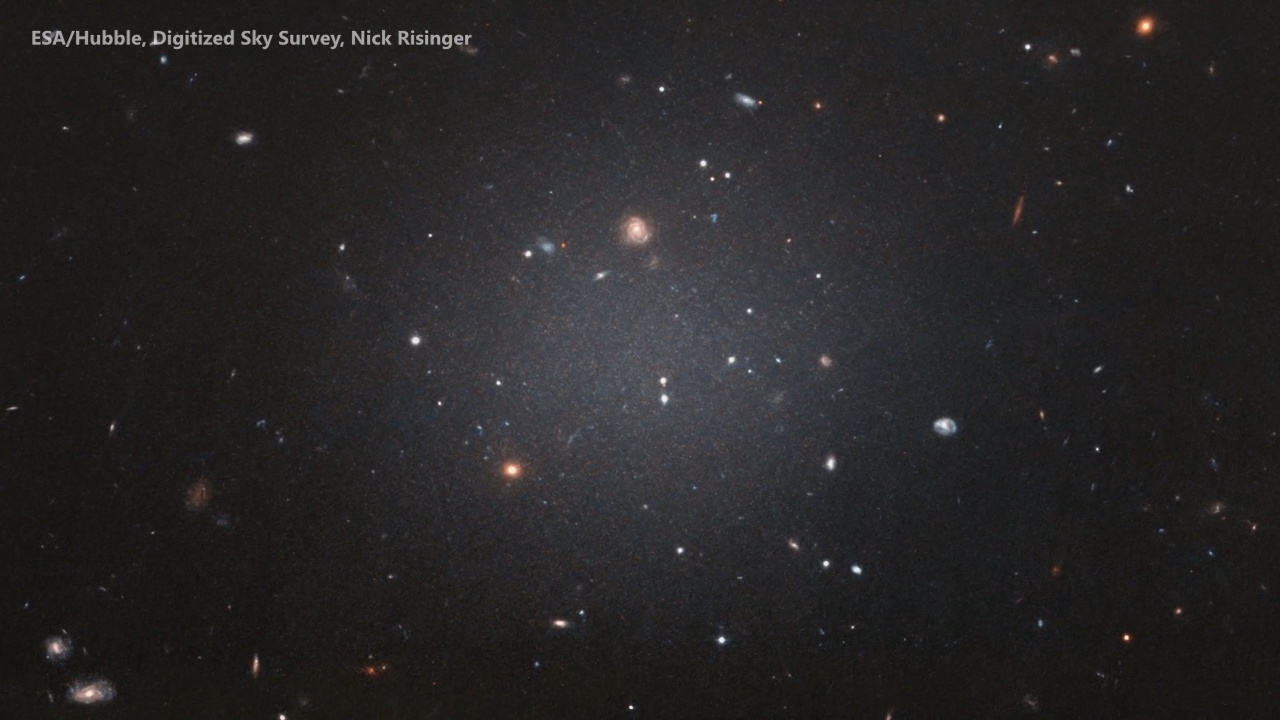 Like ghosts, this strange, new class of galaxies are see-through; they’re as large as the Milky Way but with far less star power – between 100 to 1000 times fewer stars than our own galaxy, making them so faint that they’re difficult to detect.

“We discovered them by accident. It was a case of science and serendipity,” said van Dokkum. “My team and I were studying a distant grouping of galaxies when we saw many smudges in the images. We then studied these smudges with the Keck telescope and were surprised to learn that they are part of the distant grouping, which meant they are really big even though they don’t have many stars.”

During his astronomy talk, “Dragonflies, Dark Matter, and the Hunt for Ghostly Galaxies,” van Dokkum explained how he detects UDGs using the Dragonfly Telephoto Array in New Mexico, which he constructed with a colleague. Similar to a dragonfly insect’s compound eye, the telescope images a galaxy through multiple lenses simultaneously to reveal extremely faint galaxy structures.

Using Keck Observatory’s powerful twin telescopes, van Dokkum’s team uncovered that the UDGs are very strange: their dark matter, a mysterious ingredient typically found in all galaxies, does not play by the known rules of the universe – there’s too much dark matter in some, too little in others, and in at least one case, has completely gone missing.

“What is so exciting about ultra-diffuse galaxies is that they serve as a natural laboratory for understanding dark matter,” said van Dokkum. “This elusive material makes up most of the matter in the universe, yet we know very little about where it comes from, what it’s made of, and how it works.”

“The nature and role of dark matter are among the most important questions in astronomy today. Astronomers using Keck Observatory and its state-of-the-art instrumentation are working hard to unravel this mystery,” said Hilton Lewis, Director of Keck Observatory. “Van Dokkum’s work exemplifies the kind of world-class science being conducted right here in Hawaii, and we couldn’t be more thrilled to be able to share his important research with our local community.”

Keck Observatory Astronomy Talks, supported by the Rob and Terry Ryan Foundation and the Rising Stars Fund, will continue to bring noted scientists to Hawaii for events that are free and open to the public. For more information about talks and upcoming events or the great work being done, please visit the Keck Observatory website.