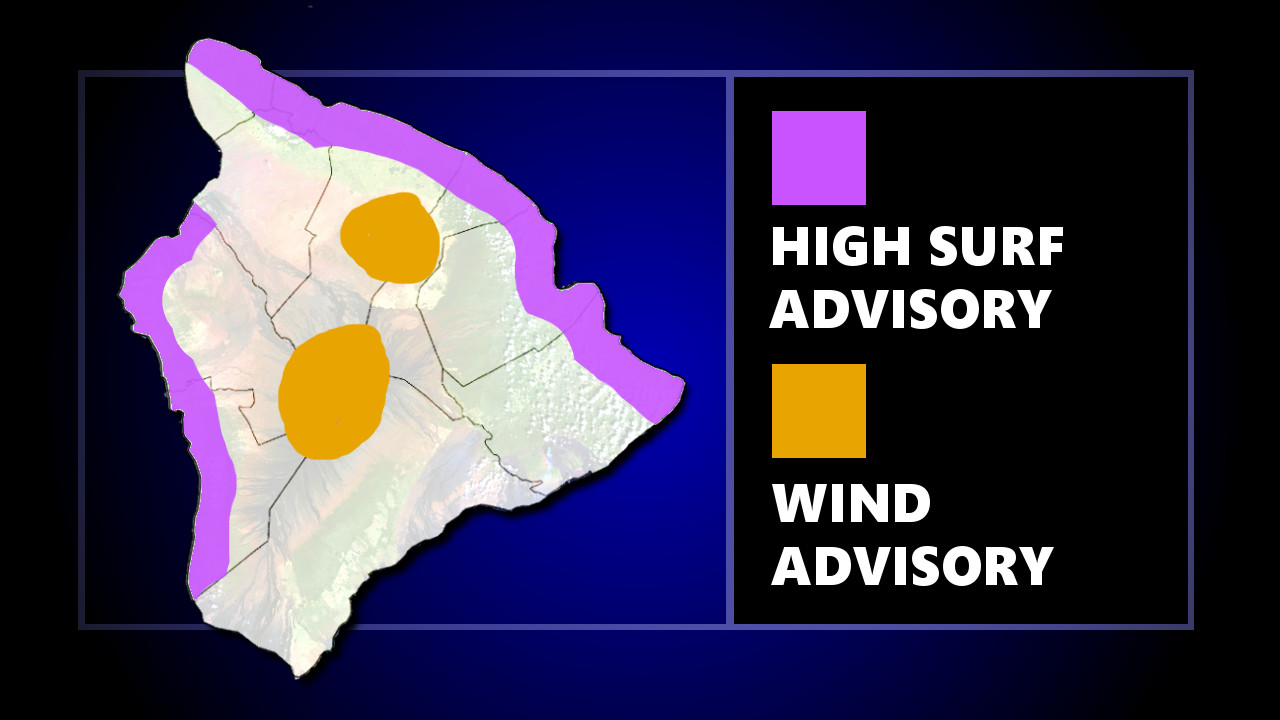 HAWAIʻI ISLAND - The National Weather Service has issued a few advisories for the Big Island on Tuesday morning.

(BIVN) – The National Weather Service in Honolulu issued a High Surf Advisory as well as a Wind Advisory for Hawaiʻi Island on Tuesday.

A large northwest swell will spread from northwest to southeast down the island chain today and tonight, resulting in very large and dangerous surf along north and west facing shores of most islands. This will be a long duration high surf event, due to an extended period of strong wave generating winds being directed at the islands, and surf will likely remain at or above advisory levels through Friday night in many areas.

The remainder of the islands face a much larger swell and are under a High Surf Warning.

The National Weather Service has also issued a Wind Advisory for the summits of Mauna Kea and Mauna Loa, which is in effect until 6 a.m. HST Wednesday.

East winds will be 35 to 50 mph with localized gusts over 60 mph, making “driving high profile vehicle difficult and cause car doors to slam,” forecasters say.