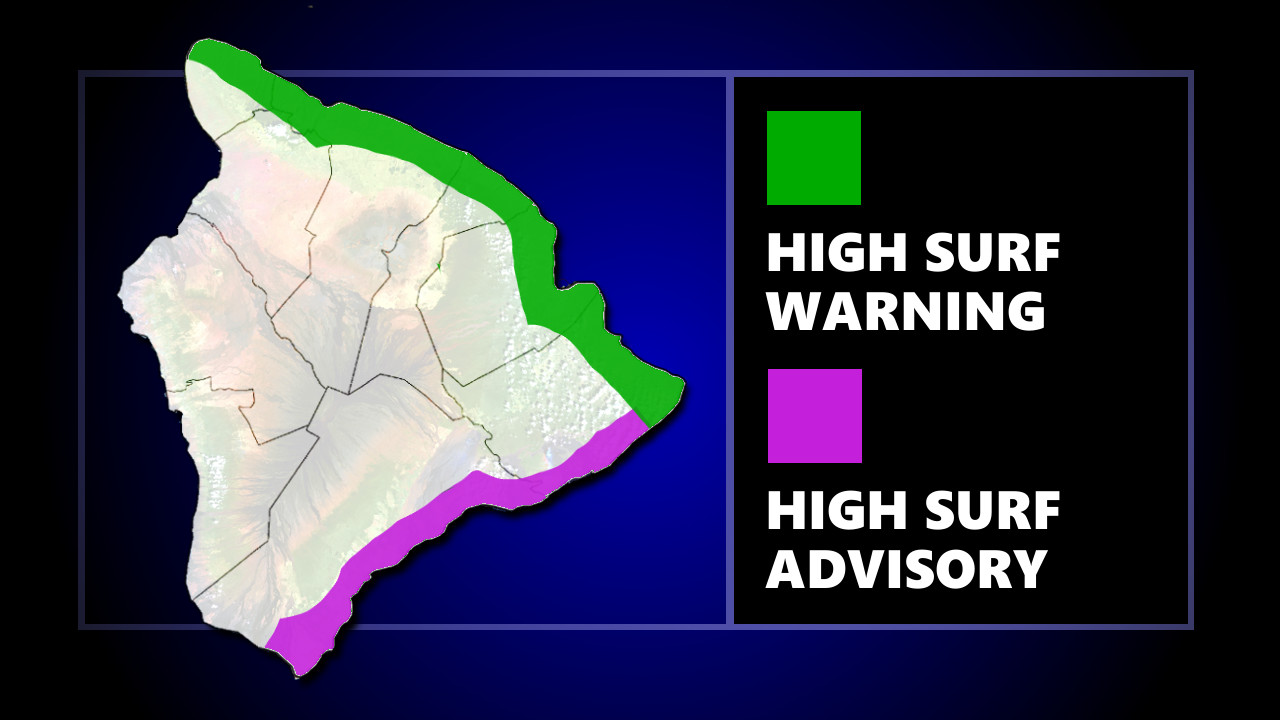 A large north-northwest swell will peak today, forecasters say, producing dangerously high surf along exposed north shores, with the potential for localized coastal inundation with the high tide this morning. Along east facing shores, rough and choppy surf is expected for most of the next week as strong trade winds will persist.

According to the National Weather Service, surf heights could reach up to 20 to 30 feet along north facing shores of Oahu, Maui and the Big Island.

A Wind Advisory also remains in effect for parts of Hawaiʻi Island.