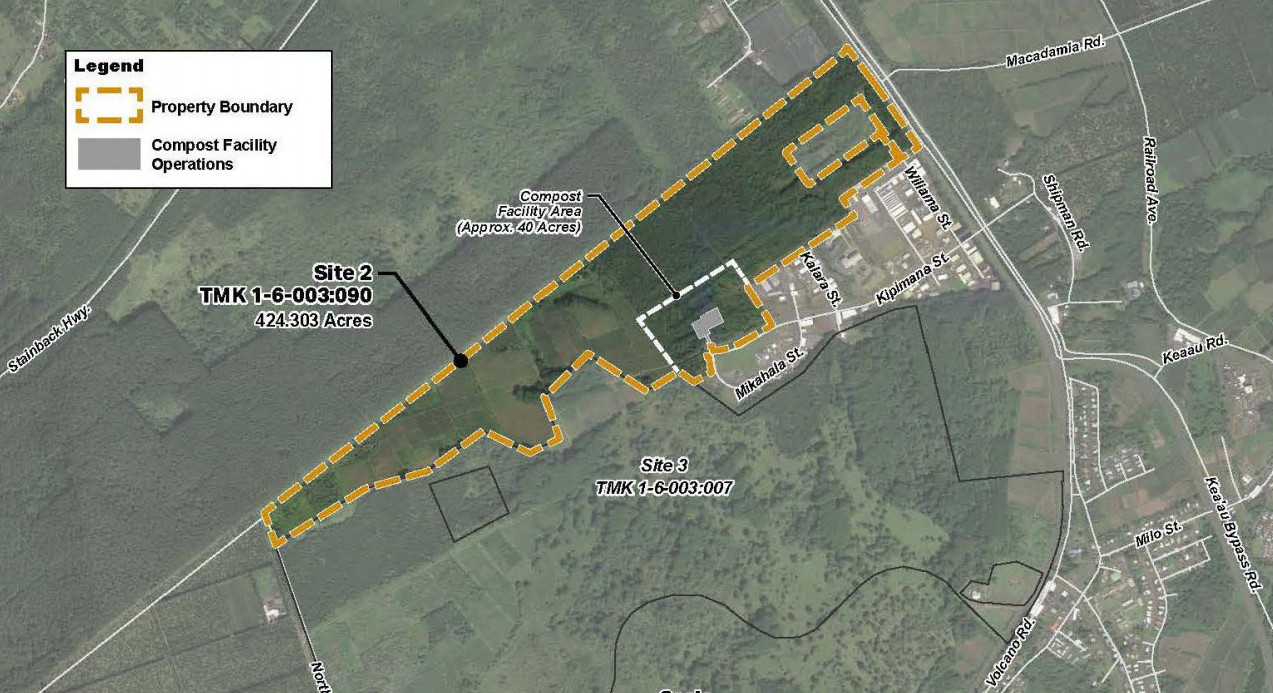 KEAʻAU, Hawaiʻi - The full-scale compost facility will be constructed on the north side of the W.H. Shipman Business Park in Keaʻau. 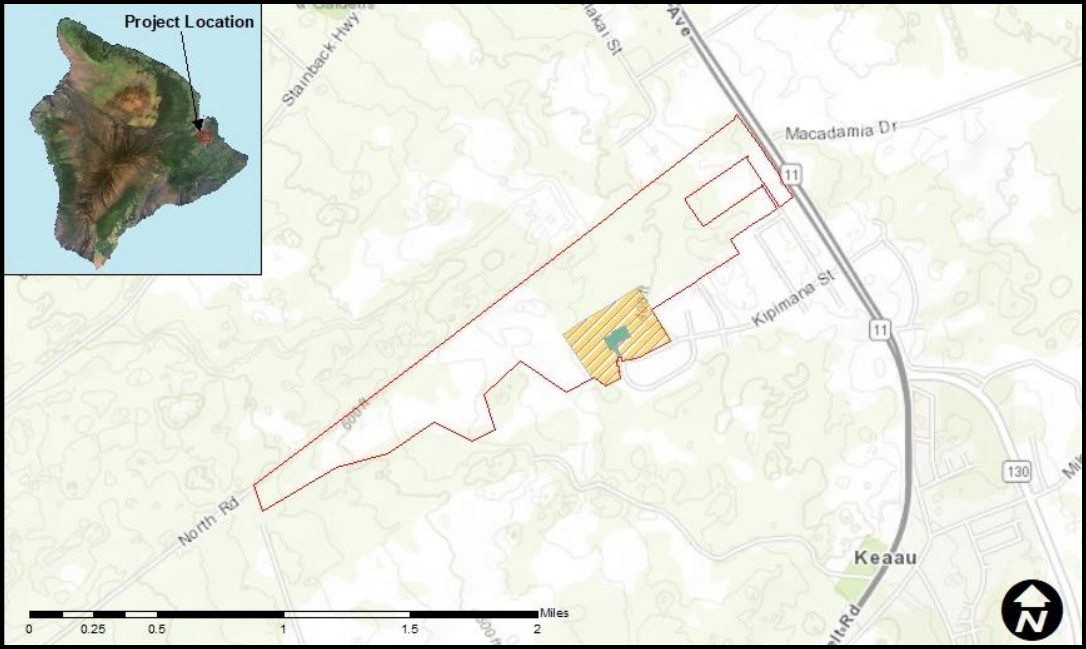 (BIVN) – The long-discussed East Hawaiʻi Organics Facility will be constructed on the north side of the W.H. Shipman Business Park in Keaʻau, and will have no significant impact according to the final environmental assessment document published for the project.

The County of Hawaiʻi Department of Environmental Management Solid Waste Division proposes to build the facility on 3 acres within the approximately 40-acre parcel. Access to the facility would be via the primary road within the W.H. Shipman Business Park, Kipimana Street, the final EA says.

The Final EA, prepared by SSFM International, Inc. and posted to the state Office of Environmental Quality Control website on December 23, goes into greater detail about the preferred facility location and contains some revised information.

Under the heading “Need for the Proposed Action”, for example, this language was inserted:

In 2017, House Bill No. 1577 was introduced in the State of Hawaiʻi Legislature. This bill requires that the Department of Agriculture establish a three year compost reimbursement pilot program to provide reimbursements to farmers and ranchers when purchasing compost from a certified processor, dealer, retailer, or wholesaler licensed to do business in the state. The bill was passed on July 5, 2018 (Act 089).

There are also some new paragraphs under “Environmental Controls”, such as:

The document says that “more specific operational details will be presented and elaborated as part of the application for the Solid Waste Management Permit.”