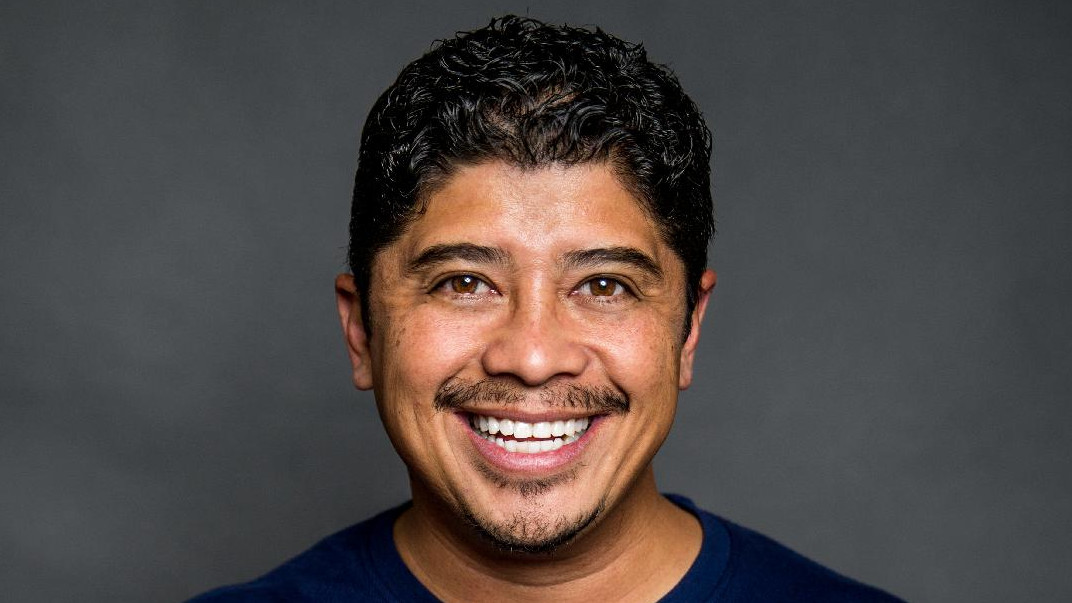 HAWAIʻI ISLAND - "At 50 years old, it’s time to hang up the BBDs," the local comedian stated in a promotional release.

(BIVN) – Augie T – stand-up comedian, TV and radio personality, and even one time executive assistant to former Mayor Billy Kenoi – will present his final big show on the Big Island on Feb. 1st in Kona and February 2nd in Hilo.

“Augie T’s Last Stand” will be a benefit for the anti-bullying organization, B.R.A.V.E, but it will by Augie Tulba’s final big performance on Hawaiʻi Island, according to this media release:

Augie has led an illustrious career since graduating from Farrington High School.  In addition to 27 years of performing stand-up comedy and emceeing events, he hosts one of Hawaii’s top morning radio shows, the Augie Radio Show on 93.1 Da Pa’ina.  Augie has also hosted the Augie TV Show on K5 and OC16, and has co-starred on “Cheap Eats” on Hawaii News Now for the past nine years.  As an Actor, he has recently appeared in films –“Kuleana” and “A Midsummer’s Hawaiian Dream” and on televised shows – “Hawaii Five-0” and “Magnum P.I.”

“Augie T’s Last Stand” is a benefit for B.R.A.V.E. Hawaii, an organization founded by Augie’s daughter, Mahealani Sims-Tulba, in an effort to bring an anti-bullying message to school-aged youth.  Since 2013, over 70,000 students across Hawaii have experienced B.R.A.V.E presentations.  For more information about this program, see BRAVEhawaii.org

Augie’s expressed his feelings about his upcoming final show, “At 50 years old, it’s time to hang up the BBDs and focus on new endeavors in life.  My family and I are so thankful to the people of Hawaii who have supported my career all these years by coming to my shows, buying my CDs and DVDs, and allowing me to make them laugh.  I hope I can count on their support for whatever comes next.”