HILO, Hawaiʻi - The Hawaiʻi County Game Management Advisory Commission got an update from the East Hawaiʻi member of the state-wide commission on a plan thats been years in the making. 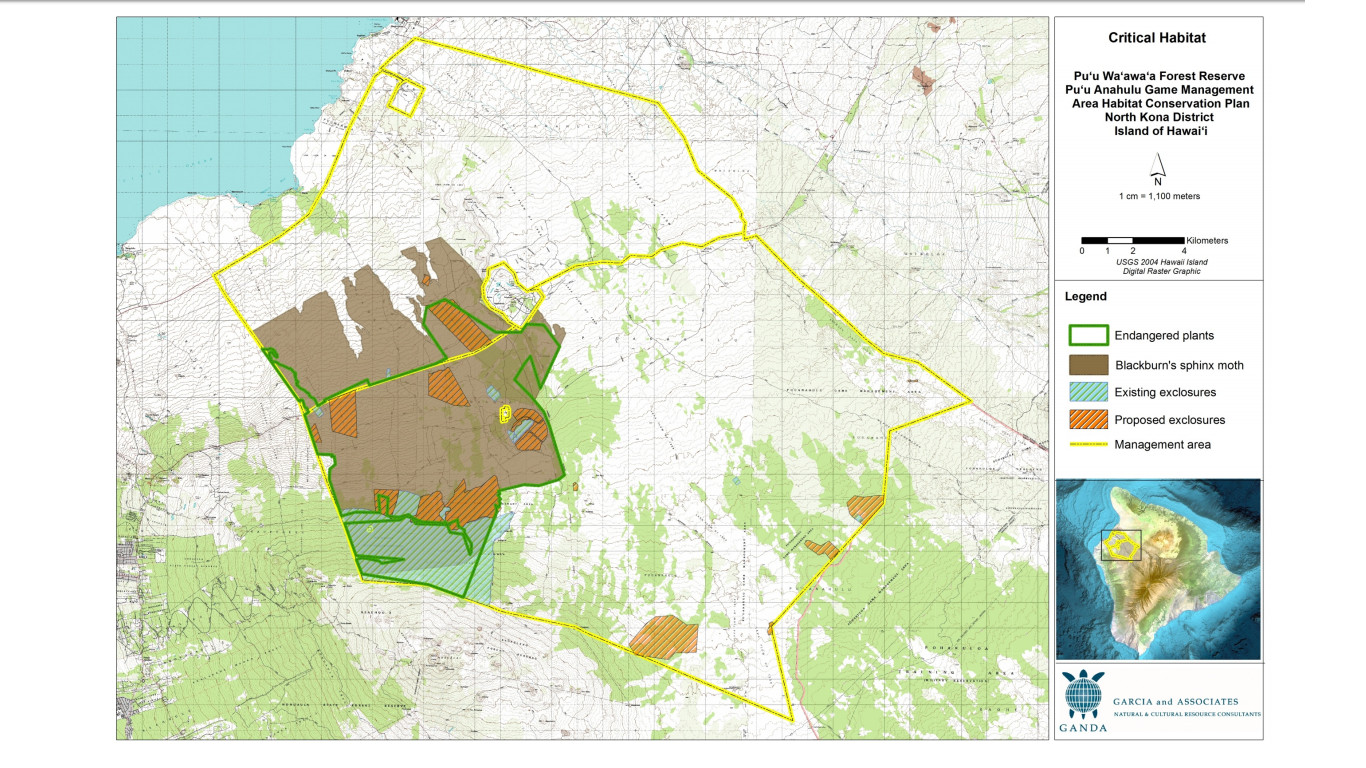 (BIVN) – The adoption of a Habitat Conservation Plan for the Puʻu Waʻawaʻa area continues to be delayed, but a Hawaiʻi Island hunter and advocate at the state level says there might be a path forward.

The plan is being made to address “the existence of sheep within the presence of endangered species” at Puʻu Waʻawaʻa, which is a “big, convoluted environmental assessment type of thing, that’s now 18 years or so in the making,” Kohatsu said.

In February 2016, the Hawaiʻi Department of Land and Natural Resources brought the Nāpuʻu Conservation Project out for public comment. A Draft Environmental Assessment was produced in connection with a proposed Habitat Conservation Plan and Incidental Take License for game management at Pu‘u Wa‘awa‘a Forest Reserve and Pu‘u Anahulu Game Management Area. The DLNR’s Division of Forestry and Wildlife developed the plan for “land managed primarily for maintenance of non-native game mammal populations for hunting, in addition to conservation of native habitat in the Pu‘u Wa‘awa‘a Forest Reserve and the Pu‘u Anahulu Game Management Area”, DLNR said.

“I think it has hit a point where all that work has been done, it’s just hitting political stone walls along the way,” Kohatsu told the commission. Kohatsu wants to see the plan implemented because it would be “some progress toward game management,” something that hunters feel has not happened in the State of Hawaiʻi.

Kohatsu said the HCP appears to be held up in the Endangered Species Recovery Committee, which reviews all applications and proposals for habitat conservation plans, safe harbor agreements, and incidental take licenses.

“There was a comment from a commissioner that more hunting increases fire, under the guise that perhaps your vehicles or ATVs… driving through tall grass, catalytic converter perhaps, causing a brush fire,” Kohatsu said. “I’m not sure there’s a whole lot of data for how often that has happened in the past. I don’t think it happens quite often. But nonetheless, you know, these are politically appointed people and they can ask for specific things and that was one of them.”

The Hawaiʻi Department of Land and Natural Resources officials are considering an alternative approach, Kohatsu said: a management plan for the animals “under the idea that the state has the prerogative to manage endangered plants and game species on state land, instead of always having to ask somebody else for permission.”

“I guess they’re trying to figure out how that’s going to be structured,” and eventually brought before the land board, Kohatsu said. “I believe they’re gonna get board direction on it and also attorney general direction as well. so this is something that they had talked about for a few meetings now and, who knows, maybe around March or so we’ll see something come forward.”