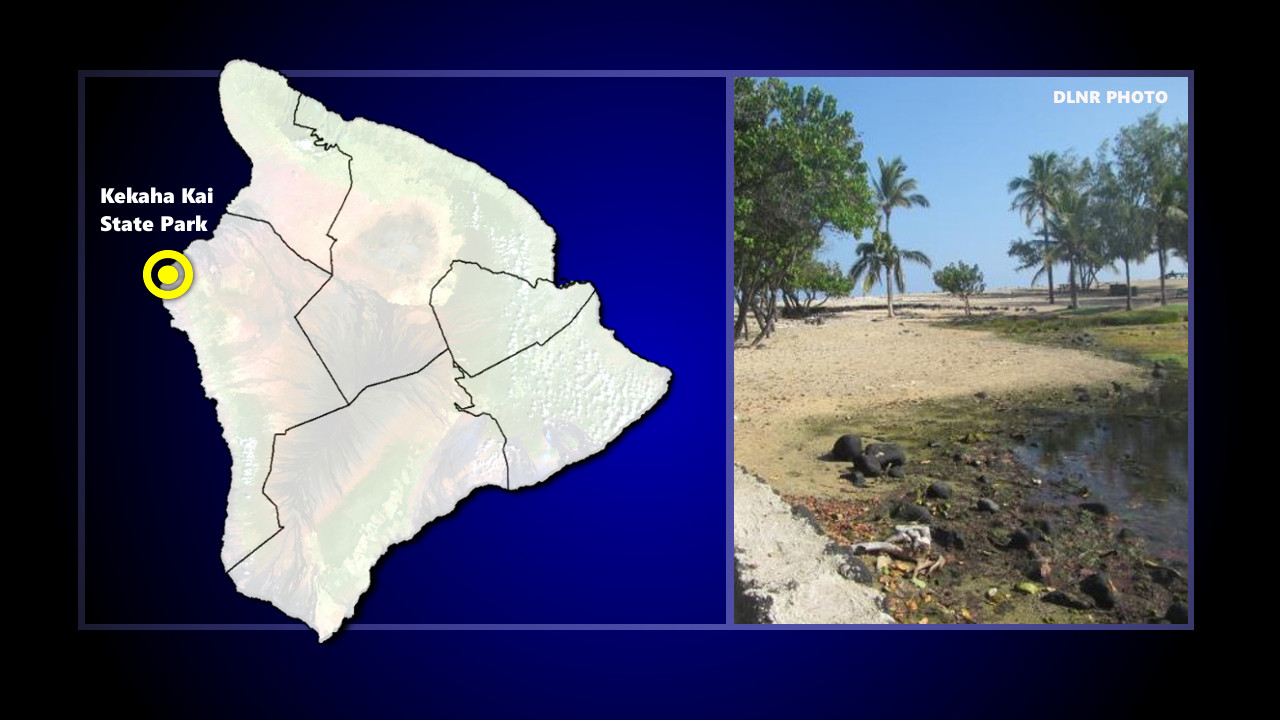 KAILUA-KONA, Hawaiʻi - The Mahaiula section of Kekaha Kai State Park will be closed for three days next week for road improvement work.

(BIVN) – The Mahaiʻula section of Kekaha Kai State Park will close for three days next week in order to perform road improvement work.

The section of the park will be closed from Monday (February 11) until Wednesday (February 13), with the re-opening scheduled for Thursday (February 14), the Hawaiʻi Department of Land and Natural Resources says.

A DLNR media release was issued on Monday, saying:

During the park closure the installation and painting of speed humps will be done. New signage will also be placed in various sections of the entry road.

The project is part of the improvements to the Mahaiula entry road which began in 2017. The contractor is Isemoto Contracting Co,, Ltd. at a total project cost of $408, 844.00.

On February 2, the DLNR Division of State Parks and the Hawai‘i Wildlife Fund planned to hold an anchialine pool workday and beach cleanup at  Kekaha Kai State Park, as part of World Wetlands Day.

“38 years ago an intergovernmental treaty was signed that provides the framework for national action and international cooperation for the conservation and wise use of wetlands and their resources,” DLNR wrote in advance of the event. “World Wetlands Day marks the date of the adoption of the Convention on Wetlands on February 2, 1971 in the Iranian city of Ramsar. The event at Kekaha Kai State Park on Hawai‘i island is the first of several events to be held in February to mark World Wetlands Day.”