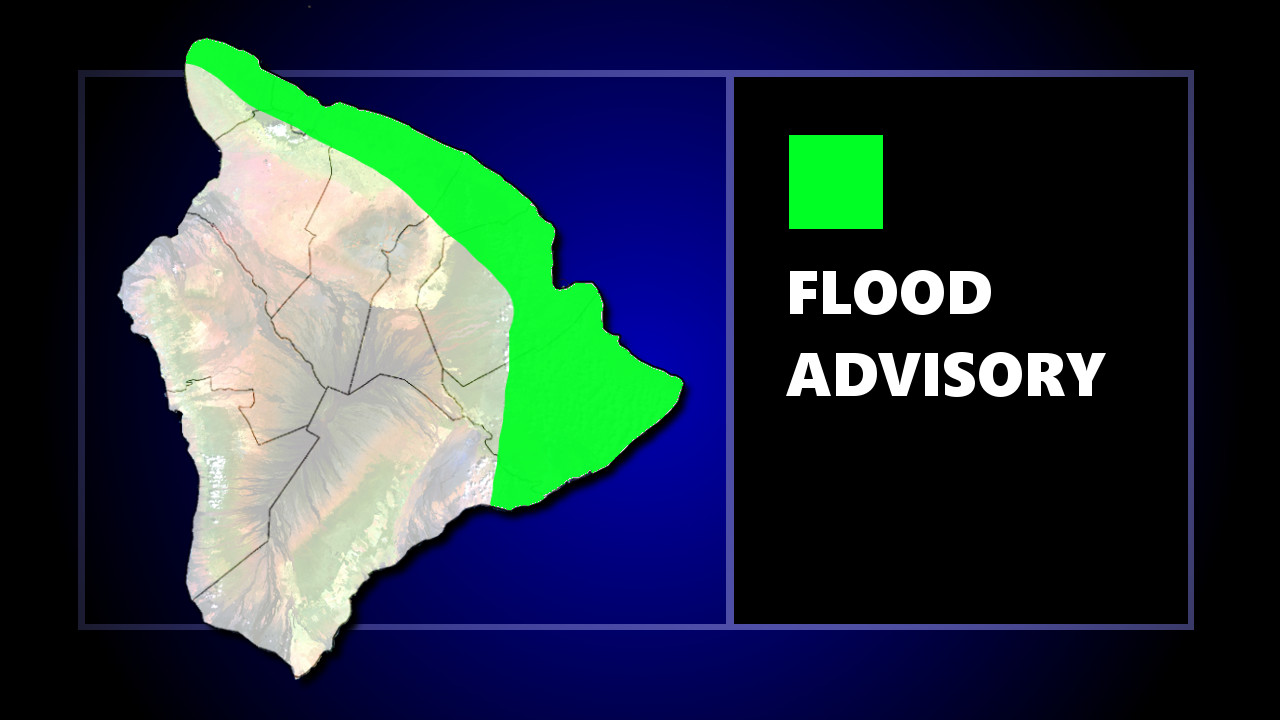 HAWAII ISLAND - A Flood Advisory has been issued for a portion of Hawaii Island with heavy rains reported in Puna and Hamakua on Saturday afternoon.

UPDATE (4:30 P.M.) – The National Weather Service in Honolulu has extended the Flood Advisory for parts of Hawaiʻi Island until 7 p.m. HST.

“At 4:06 p.m. HST, radar indicated heavy rain near Kamuela, with rainfall rate of up to an inch an hour,” forecasters reported. “Spotty heavy rain are also occurring along the Hamakua coast near Ookala, and Pepeekeo.”

(BIVN) – The National Weather Service in Honolulu has issued a Flood Advisory for an area of the Big Island until 4:30 p.m.

At 1:25 p.m. radar indicated heavy rain near Keaau, with a rainfall rate of around 2 inches per hour. The heavy showers will likely spread to other areas of Hawaii Island this afternoon, forecasters say.

Locations in the Flood Advisory include Hamakua, Hilo, and Puna.

In a Hawai’i County Civil Defense message issued at 3:30 p.m., officials said the following are in effect: