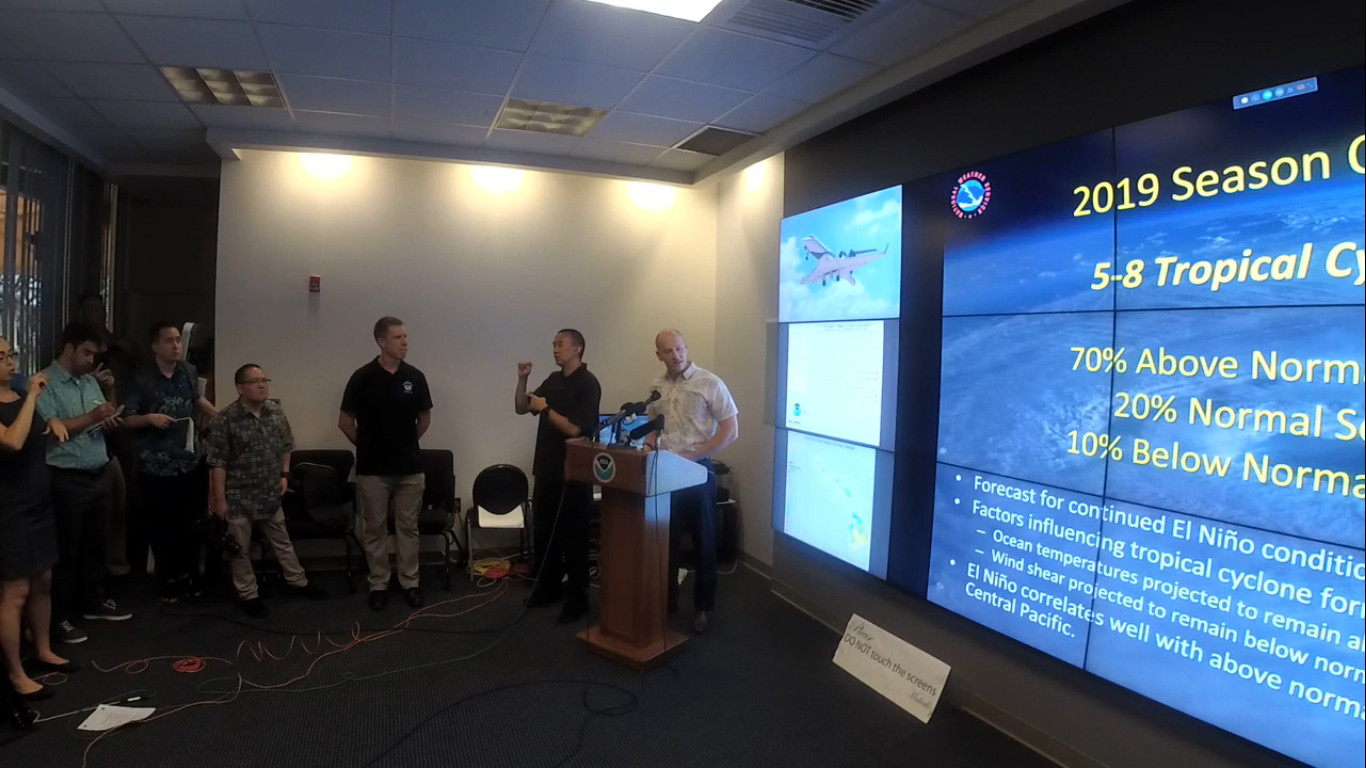 HONOLULU, Hawaiʻi - 5 to 8 tropical cyclones are predicted for the central Pacific hurricane basin, forecasters say, as El Nino is to likely continue through the hurricane season.

(BIVN) – There is a 70% chance of above-normal tropical cyclone activity during the central Pacific hurricane season this year, announced NOAA’s Central Pacific Hurricane Center on Wednesday.

NOAA today reported that a weak El Nino matured in early 2019 and is still present. The effects of El Nino tend to result in a greater tropical cyclone threat to Hawaiʻi.

Following a press conference held on Oʻahu today which was livestreamed over Facebook, NOAA issued this media release:

“This outlook reflects the forecast for El Nino to likely continue through the hurricane season. Also, ocean temperatures in the main hurricane formation region are expected to remain above-average, and vertical wind shear is predicted to be weaker-than-average,” said Gerry Bell, Ph.D., NOAA’s lead seasonal hurricane forecaster at the Climate Prediction Center, which collaborated on this outlook. Bell added, “All of these conditions point to an above-normal season.”

This outlook is a general guide to the overall seasonal hurricane activity in the central Pacific basin and does not predict whether any of these systems will affect Hawaii. The hurricane season begins June 1 and runs through November 30.

“As we prepare for another active hurricane season in the central Pacific, we urge everyone to have an emergency plan now, so that you are ready for the devastating impacts that a tropical cyclone could bring to the State of Hawaii,” said Chris Brenchley, director of NOAA’s Central Pacific Hurricane Center. “It is essential that you know where and how to get official information, even in the event of a power failure, and that you have your emergency supply kit ready well before any storms threaten.”

NOAA’s Central Pacific Hurricane Center continuously monitors weather conditions, employing a network of satellites, land- and ocean-based sensors, and aircraft reconnaissance missions operated by NOAA and its partners. This array of data supplies the information for complex computer modeling and human expertise, which are the basis for the center’s storm track and intensity forecasts that extend out five days. 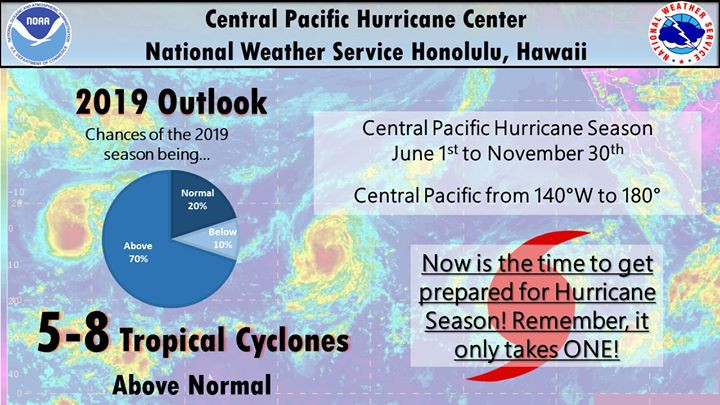 NOAA is encouraging residents to check the Central Pacific Hurricane Center’s website throughout the season for the latest watches and warnings, and visit the National Weather Service and FEMA’s Ready.gov for hurricane preparedness tips.