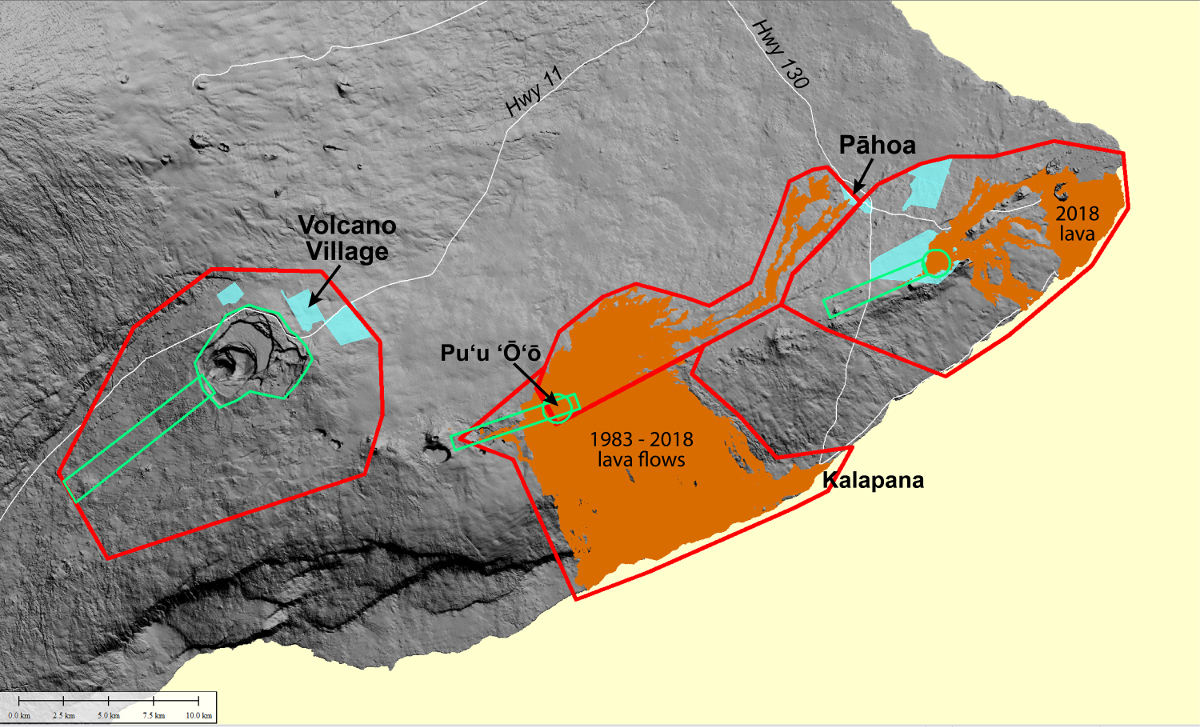 HAWAIʻI ISLAND - A low-flying helicopter under contract to the U.S. Geological Survey will conduct a survey to document changes that occurred during the 2018 Kilauea volcanic activity.

(BIVN) – A helicopter survey to document the changes that occurred during the recent eruption of Kīlauea Volcano will occur this month.

The survey, which was recently detailed in a USGS Hawaiian Volcano Observatory Volcano Watch article, will take 8 to 10 days to complete. The survey is currently scheduled between June 13 and June 30, 2019, weather permitting.

In a notice issued Monday, the USGS HVO said a low-flying helicopter will conduct the survey using lidar, or Light Detection and Ranging. “Lidar is the best way to detect and map vertical or near-vertical features, such as fissures, ground cracks, and caldera walls,” USGS said. “Data acquired during this survey can be used to model likely paths that lava flows may take during future eruptions, which can help mitigate future lava flow hazards.”

In the notice, the USGS wrote:

Residents near the summit and along the East Rift Zone of Kīlauea Volcano should expect to see and hear a low-flying, bright yellow helicopter flying back and forth in a northeast-southwest direction over pre-planned flight lines. A helicopter is necessary to conduct a high-resolution lidar survey and to collect digital multispectral images to document changes that occurred during the 2018 Kilauea volcanic activity.

During the survey, the USGS asks residents for their patience and understanding regarding the helicopter noise as we complete this important survey.

Data acquired during this survey will enable USGS scientists to model where new lava flows may travel if renewed volcanic activity occurs in the lower East Rift Zone. From an emergency management perspective, having accurate elevation models was crucial during the past two Kīlauea eruption responses (2014-2015 and 2018). The precision of this new lidar survey will also improve the accuracy of earlier data sets which support ongoing scientific studies of past eruptions.

Data collected during this survey will be used by USGS scientists to produce a digital elevation model from which the volumes of erupted lava and summit subsidence in 2018 can be calculated. Products from the survey should be publicly available by late 2019.

Windward Aviation, a Maui-based helicopter company, will conduct the survey under contract to Quantum Spatial. Experienced pilots, who are specially trained for low-level flying required for geophysical surveys, will operate the helicopter. The company works with the Federal Aviation Administration to ensure flights are in accordance with U.S. law.

This survey is a follow-up to the USGS lidar survey of the Puna area in July 2018 by the same contractor.