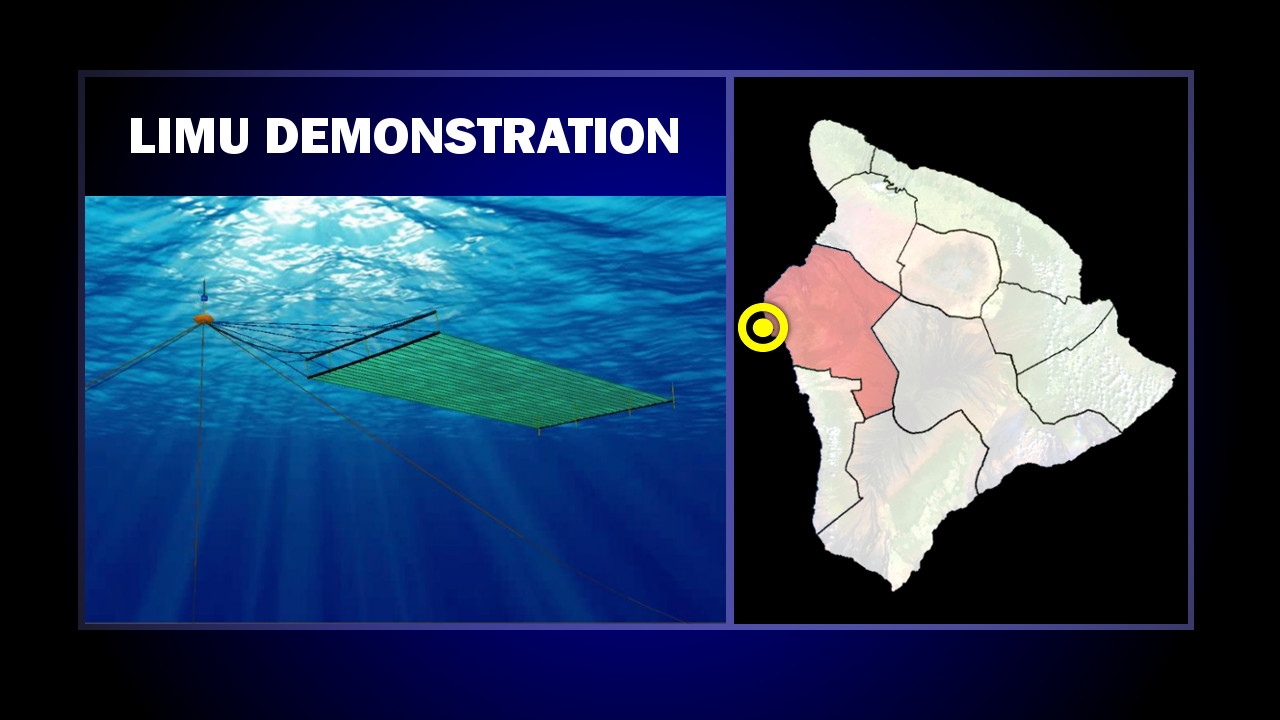 graphic by BIVN, with schematic of the demonstration algae array proposed for deployment courtesy Draft EA

KAILUA-KONA, Hawaiʻi - An environmental assessment has been published that examines a demonstration native Hawaiian macroalgae project in the waters off Kona.

(BIVN) – An effort is underway to establish an open-ocean native Hawaiian macroalgae cultivation demonstration, in order to show that limu can be grown using only the energy that exists in the natural environment.

The applicant says the project, known as the Blue Fields Demonstration
Project, will not import any non-native algae for the purposes of culturing on the offshore project.

The limu species Gracilaria parvispora is endemic to Hawaiʻi, the document states, “and has been overharvested to the point of becoming rare in its habitat range. Wild G. parvispora is currently prohibited from collection
when reproductive; and the State law includes stipulation on collection method and bag limits (HRS §13-93-2). Culture of these species offers the only viable alternative to declines in wild populations and reduced landings by the fishery, as well as – if feasible – providing alternative employment opportunities for fishermen.”

The project would be located in the offshore waters adjacent to Pawai Bay and the Old Airport County Recreation Park. Kampachi Farms is applying for the permits and has posted a draft environmental assessment of the project. 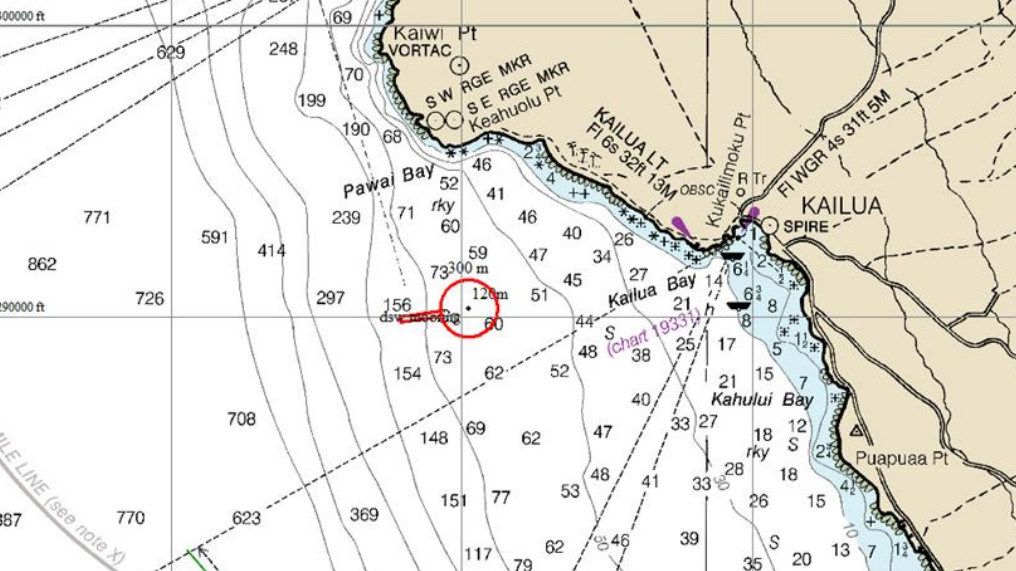 According to the EA:

The array will be moored to the bottom in approximately 120-meter water depth using either concrete blocks or embedment anchors. A 700-meter long pipe will extend beyond the eastern mooring anchor to the 300-meter water depth. A pump will be installed at the terminal end. This system is designed to provide deep sea water to the array.

The project will be serviced by a vessel which will run out of Honokohau harbor.

The mooring and anchor will cover 0.36 hectares. As the array is designed to swing 360 degrees around the mooring, the total project area will encompass 28.2 hectares.

The project is only temporary, and is expected to last for two years. A total of 12.5 tons of algae may be harvested during three harvests, the EA states.

The EA describes the project as “an innovative and disruptive approach that, to our knowledge, has never before been tested for macroalgae cultivation.” The document identifies at least three intermediate markets for short- to medium-term commercialization:

The document speaks to a number of concerns raised by the public, such as the possible deterioration of water quality downcurrent of the project. “Only minor and nearly immeasurable impacts on water quality and the substrate beneath the site are anticipated in the immediate area of the Blue Fields Demonstration Project,” the EA answers. “The project uses DSW as the only nutrient source in oligotrophic waters at a maximum 1% concentration, and uses renewable energy to power pumping.”

Reef fish are not expected to be attracted to the project, and there are no precious coral known from or likely to be occurring in the immediate project area.

Kampachi Farms will not be seeking exclusive use of the demonstration area from fishing vessels, and as such, the public will be permitted to fish and traverse throughout the entire project area within safe operating distances from the project infrastructure. However, for safety and liability reasons, anchoring, SCUBA-diving, snorkeling or swimming by the public will be precluded in the permitted area.