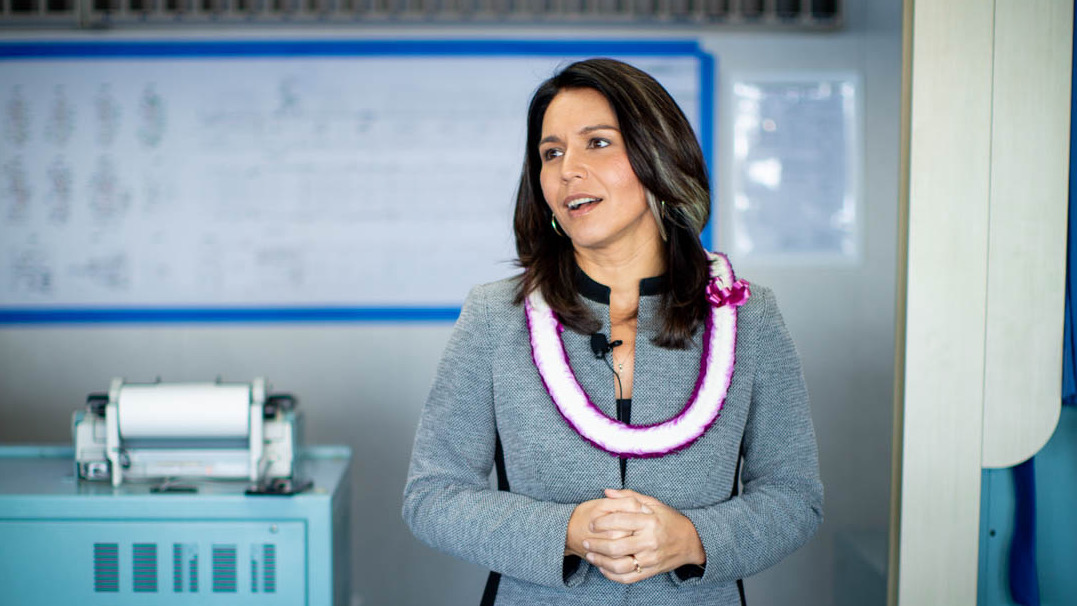 WASHINGTON D.C. - The Democratic Congresswoman from Hawaiʻi met the criteria to qualify for the national debate stage, along with 19 other candidates for the party nomination.

(BIVN) – As Congresswoman Tulsi Gabbard (HI-02) worked to get her amendments included into the 2020 National Defense Authorization Act during a marathon meeting of the House Armed Services Committee, her campaign for U.S. president got some welcome news.

The Democratic National Committee announced Gabbard would be one of the 20 candidates who will appear onstage in the first 2020 Democratic presidential debates, set for June 26 and 27 in Miami.

The winner of the Democratic nomination will challenge President Donald Trump (R) in the 2020 general election.

Candidates had to either poll at 1% in three surveys or receive 65,000 individual donations in order to qualify, media reports say.

Meanwhile, Gabbard has been active with the full House committee markup of the 2020 National Defense Authorization Act, securing the inclusion of provisions like a requirement for federal agencies to release an unclassified public report on the current state of the Runit Dome nuclear waste facility, or pilot program on prosecution of special victim offenses by attendees of military service academies.

There was also a provision, passed early Thursday morning, that would “prohibit the use of taxpayer funds to provide weapons or any form of support to al-Qaeda, the Islamic State of Iraq and Syria, Jabhat Fateh al Sham, any individual or group associated with these organizations, or any entity the Secretary of Defense determines may trade or sell arms to terrorist organizations.”

“Unfortunately, in their dogged pursuit of regime change war, leaders in Washington have used taxpayer dollars to fund programs that directly and indirectly support terrorist groups like al-Qaeda in places like Syria. This continues in Yemen where US-support for Saudi Arabia’s genocidal war in Yemen has resulted in the Saudis delivering US-weapons to terrorist groups like al-Qaeda, as reported by CNN earlier this year,” said Rep. Tulsi Gabbard in a media release. “This is not only wrong, it’s illegal for any American to provide money or assistance to terrorist groups like these. The provision I passed today would make these same rules apply to the U.S. government.”

The “Stop Arming Terrorists Act” has mirrored one of her primary messages on the presidential campaign trail, which has put foreign policy front and center.