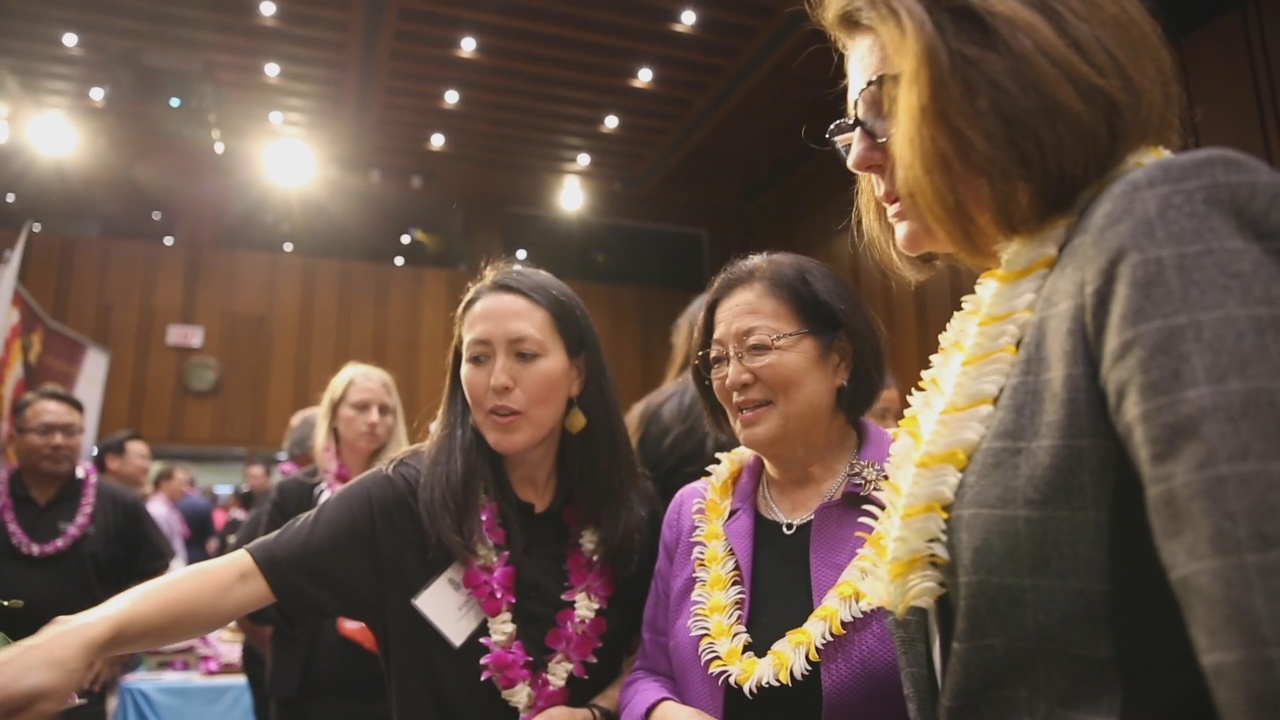 Hawaii On The Hill Held In Washington D.C.

WASHINGTON D.C. - A Policy Summit and a Taste of Hawaii marked the Hawaiʻi on the Hill events that took place on Wednesday, June 12. 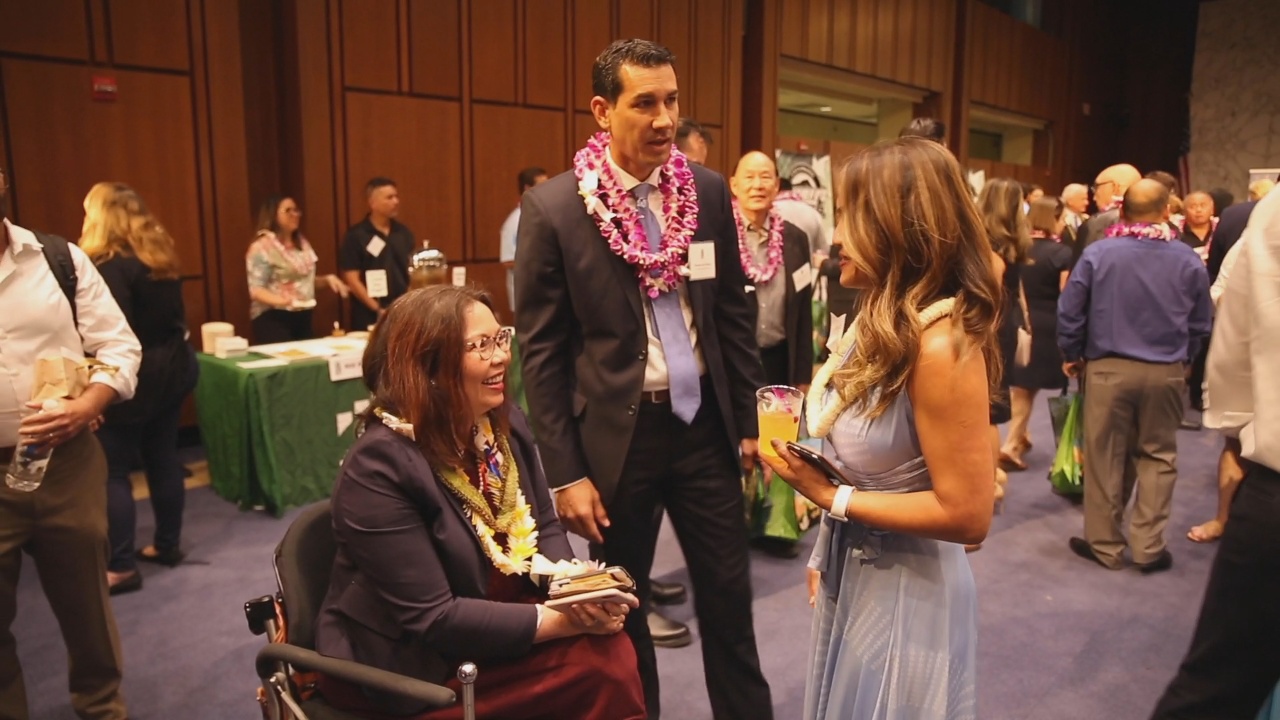 Hilo State Senator and candidate for U.S. Congress, Kai Kahele, getting a taste of Washington during the Taste of Hawaiʻi event. (photo courtesy Office of Sen. Hirono)

(BIVN) – A two-day event in the nation’s capital is giving Hawaiʻi businesses an opportunity “to meet directly with news and policy makers while also showcasing Hawaii businesses and products to Members of Congress and the Washington, D.C. community,” the office of Senator Mazie Hirono says.

Senator Hirono and the Chamber of Commerce Hawaii partnered to produce the event, Hawaii on the Hill. 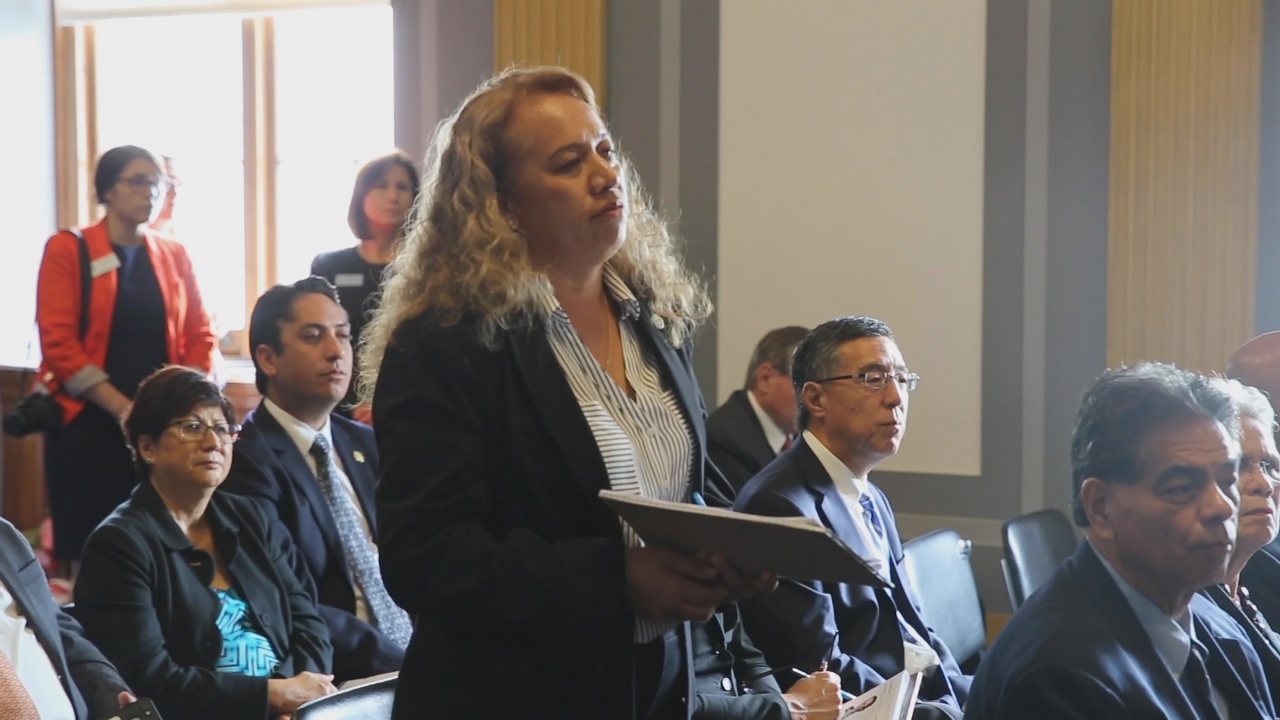 “Over the past six years, the Hawaii on the Hill Policy Summit has connected Hawaii business leaders directly with decision makers in Washington,” Senator Hirono said in a media release. “The Policy Summit is a great opportunity for participating businesses to make new connections, and I am grateful for the strong participation we continue to see from across our state.”

“Every day, Congress and the current administration make decisions that have a wide-ranging impact on Hawaii businesses, and it’s critical that our business community stays engaged in the conversation,” Sherry Menor-McNamara, Chamber of Commerce Hawaii President & CEO said. “The Hawaii on the Hill Policy Summit continues to serve as a direct forum for our participants to stay up-to-date on the latest trade and other economic policy, as well as an opportunity to share their real-life business challenges and experience with lawmakers.” 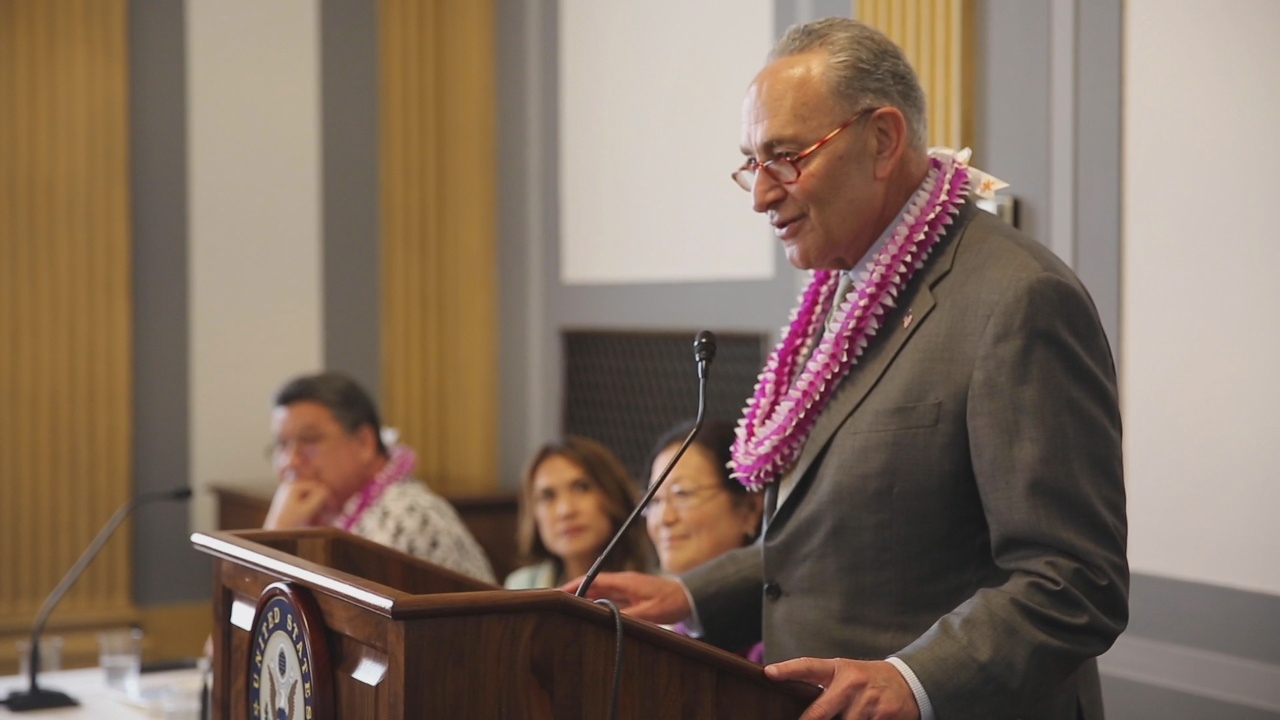 Later, the Sixth Annual Taste of Hawaii on Capitol Hill drew over 60 Hawaii businesses and 2,000 attendees. Each participant received a fresh orchid lei and learned about an array of Hawaii businesses representing the diversity of Hawaii’s economy, the office of the senator reports.

“The Taste of Hawaii on Capitol Hill is the most popular state showcase on Capitol Hill, and every year we are privileged to host so many people interested in experiencing the rich diversity of our state,” Senator Hirono said. “This event would not be possible without the dedication of our participating business, and the hard work of Sherry and her team at the Chamber – whose tireless efforts throughout the year make it a success. I look forward to continuing our partnership for many years to come.”

“In our sixth year, Hawaii on the Hill continues to set attendance records,” Sherry Menor-McNamara, Chamber of Commerce Hawaii President & CEO said. “Tonight’s Taste of Hawaii on Capitol Hill demonstrated that Hawaii’s business community will continue to make our voices heard on a national stage. Mahalo to our participating Chamber members who serve as the driving force behind what makes Hawaii on the Hill the most popular state showcase on Capitol Hill.”