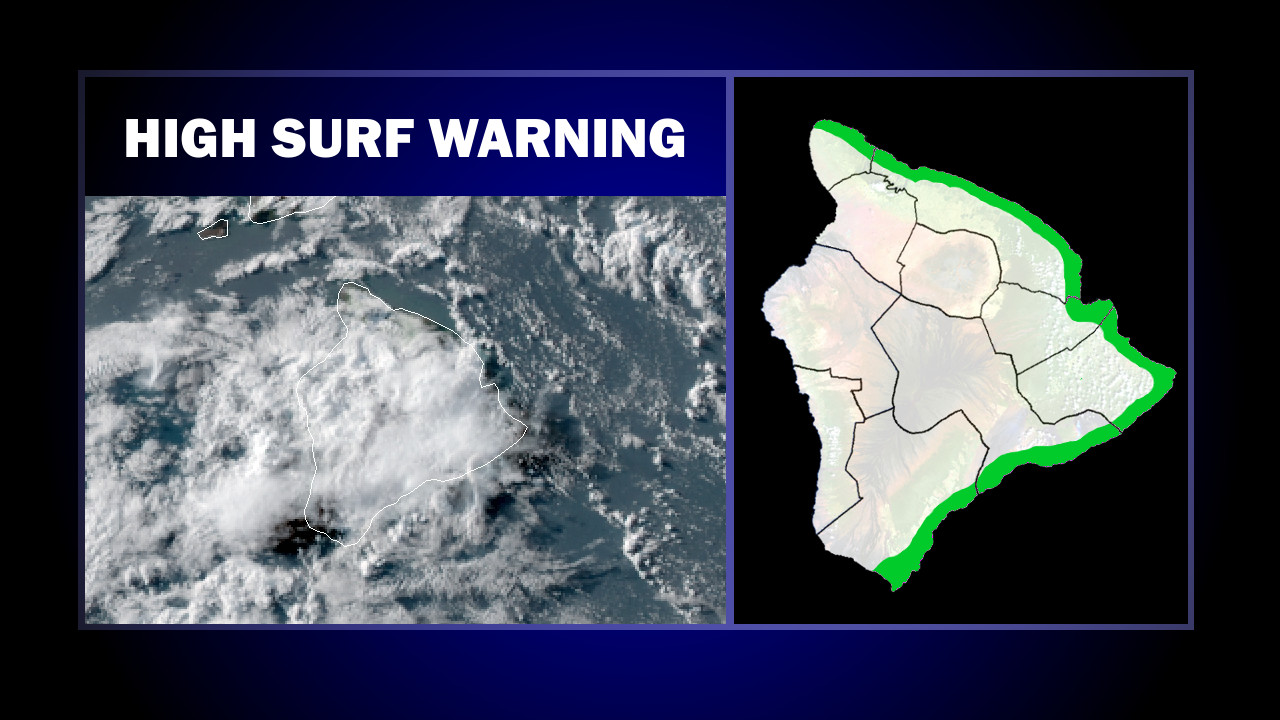 HAWAIʻI ISLAND - The threat of widespread heavy showers over the Big Island appears to have ended, the National Weather Service said, as the remnants of former Tropical Cyclone Barbara passes to the south.

(BIVN) – A High Surf Warning was issued for east-facing shores of Hawaiʻi Island on Monday, while the Flash Flood Watch for the entire island has been cancelled.

At 3:36 p.m. HST, the National Weather Service in Honolulu said the remnants of former Tropical Cyclone Barbara were centered about 120 miles south of the Big Island, and moving toward the west at around 15 mph.

“Moisture associated with Barbara are providing for numerous showers to fall over windward sections of the Big Island and east Maui with just a few passing showers elsewhere mainly over windward and mauka areas of the other islands,” the National Weather Service said. “The threat of widespread heavy showers over the Big Island appears to have ended thus the Flash Flood Watch has been cancelled.”

At the same time, forecasters say the pressure gradient between high pressure northeast of the area and Barbara has caused trade winds to increase. “Thus a Wind Advisory is posted through the evening hours for portions of the state mainly over and downwind of terrain as well as near coastal headlands,” the National Weather Service said.

East winds of 25 to 35 mph with higher gusts can be expected for most of the Big Island through 8 p.m. Monday evening.

“The cause of the line faults is under investigation but it’s likely they were caused by wind gusts blowing tree debris onto lines,” HELCO said.

Meanwhile, the combination of strong trade winds and a large, east swell generated by former Tropical Cyclone Barbara is bringing dangerous surf to the east facing shores of the Big Island through tonight.

According to the National Weather Service discussion posted at 3:36 p.m. HST: