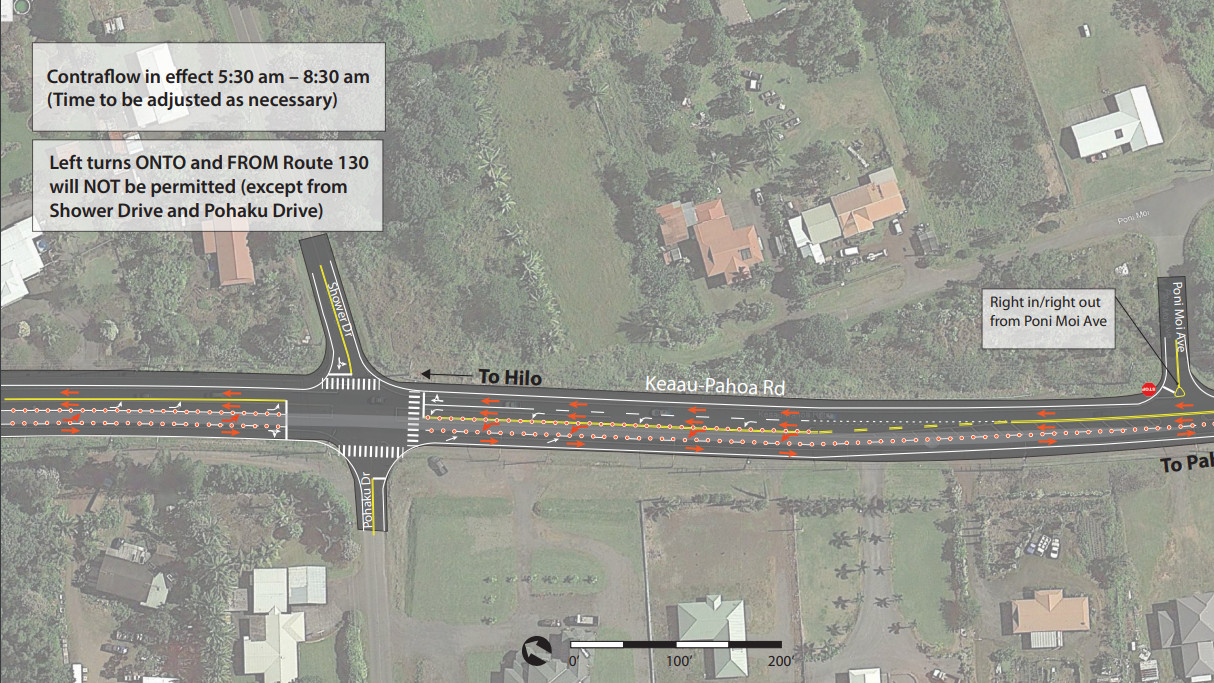 PUNA, Hawaiʻi - Hawaiʻi transportation officials are apologizing for not providing prior notice to the community of the restriping on Highway 130 on August 8.

The restriping of the highway in early August – without prior notice from the state – snarled traffic, especially on Shower Drive in Hawaiian Paradise Park. In a recent media release, the Hawaiʻi Department of Transportation apologized, and said it will be retaining the dedicated right turn from Shower Drive onto northbound Highway 130 until the setup for the contraflow is completed.

The Hawaiʻi DOT released this information, along with a series of maps illustrating the contraflow (below):

The Hawaii Department of Transportation (HDOT) is sharing additional data on the Keaau-Pahoa Road (Route 130) contraflow to add a northbound lane during the morning rush between Shower Drive and Kaloli Drive.

The Highway 130 AM Contraflow is scheduled to begin operations at 5:30 a.m. on Monday, August 26. The contraflow will be open between 5:30 a.m. and 8:30 a.m. Monday through Friday, excluding holidays.

HDOT apologizes for not providing prior notice to the community of the restriping on Keaau-Pahoa Road on August 8. As a result of the congestion and its effects on thousands of motorists, HDOT is retaining the dedicated right turn from Shower Drive onto northbound Keaau-Pahoa Road until the setup for the contraflow is completed.

Once the contraflow is operational, the dedicated right turn will be removed. Typical daily volume for both directions on Keaau-Pahoa Road is approximately 22,779. Daily volume on Shower Drive is approximately 2,000. The traffic counts and turn counts can be seen here and here.

HDOT believes that a large part of the increased volumes on Shower Drive during the morning rush is due to motorists from outside the subdivision cutting through Hawaiian Paradise Park to avoid congestion on Keaau-Pahoa Road. The counts show traffic counts on Keaau-Pahoa Road declining from a high of 843 to 411 between 7 a.m. and 8 a.m. due to vehicles coming to a standstill on the mainline when traffic volumes are higher coming from Shower Drive than on the mainline.

With the extra lane provided on Keaau-Pahoa Road and the removal of the dedicated right turn from Shower Drive, HDOT is encouraging those that do not live in the Hawaiian Paradise Park neighborhood to stay on the main route and off the private roads.

HDOT will continue to monitor the traffic flow in the area and will make adjustments as necessary after the contraflow operations begin. 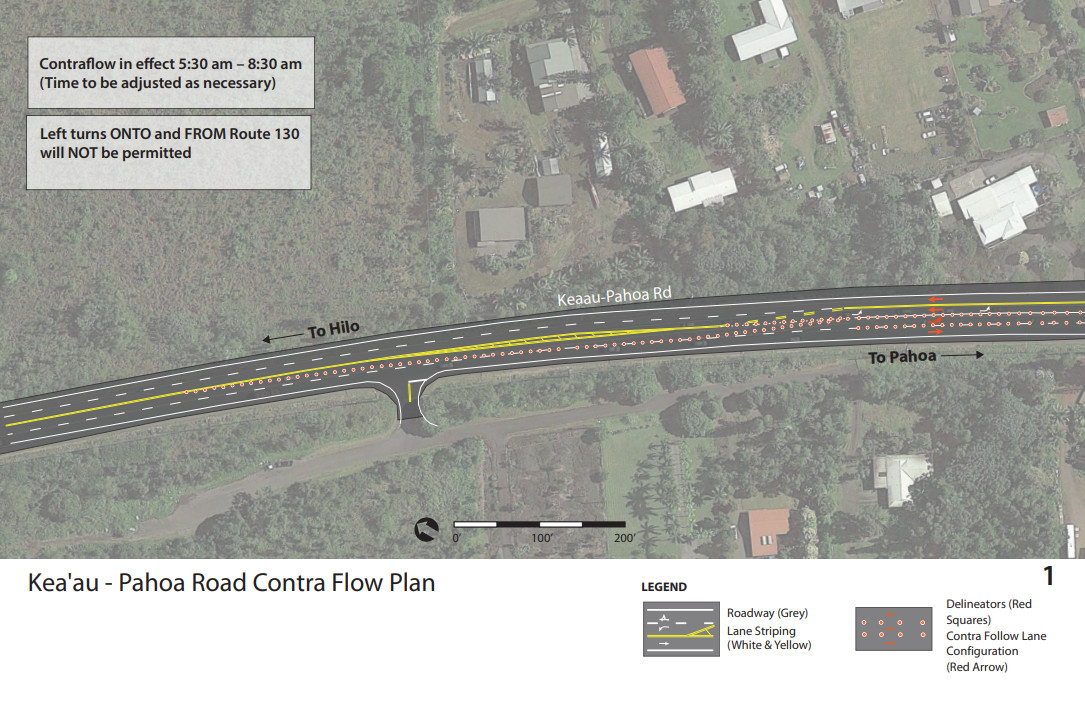 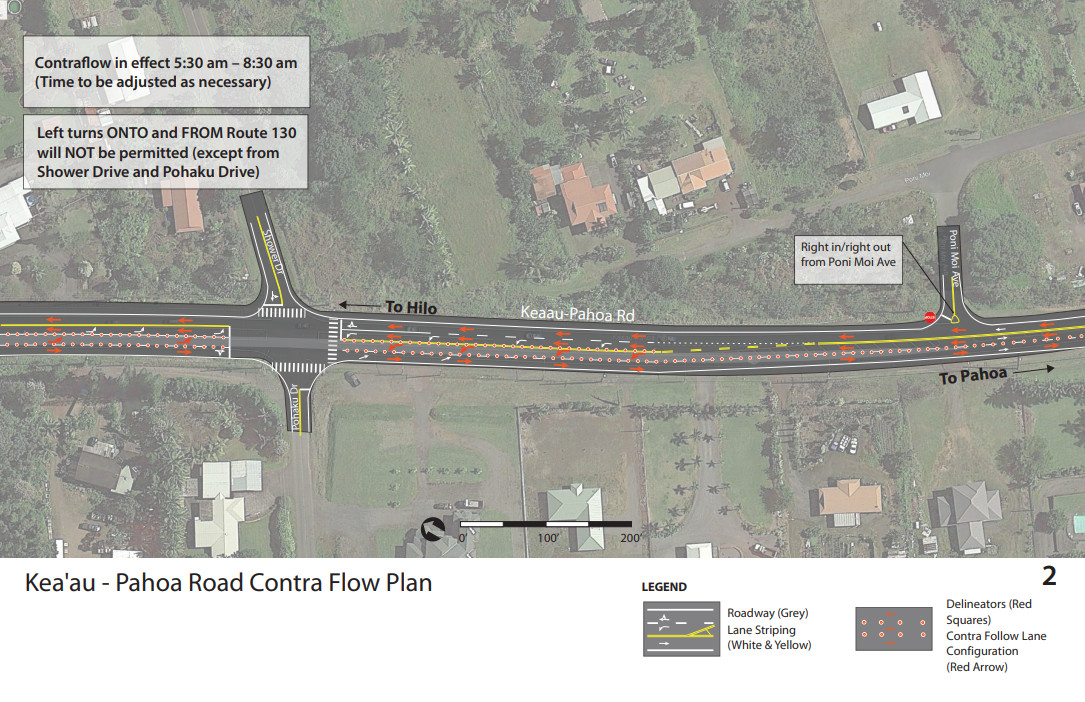 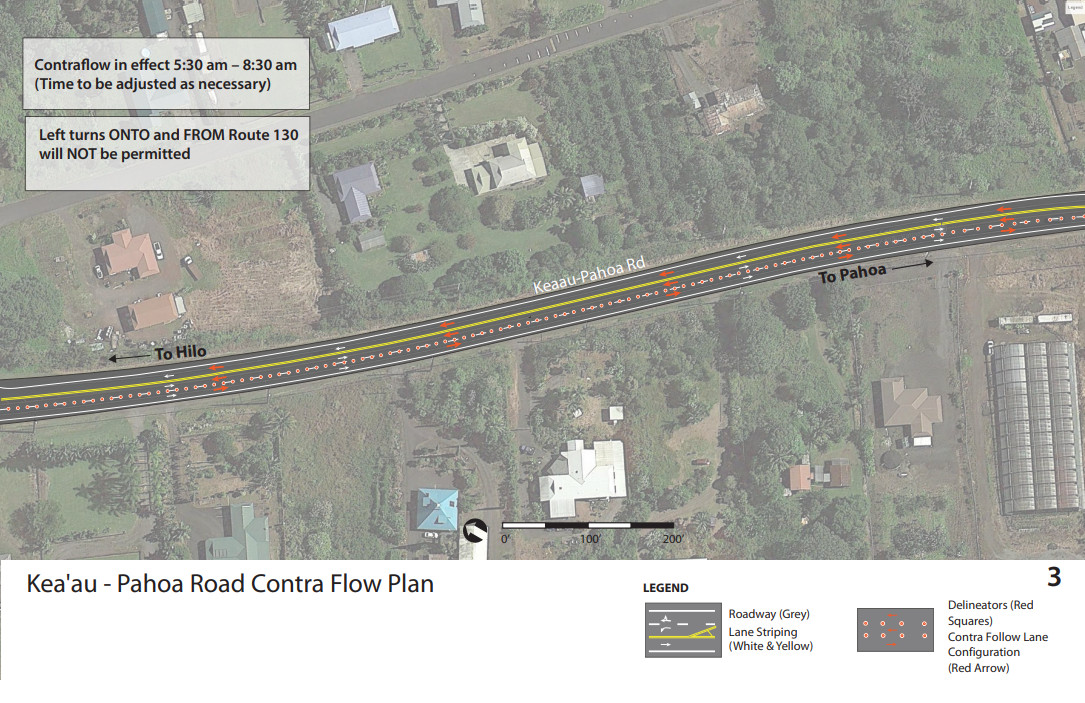 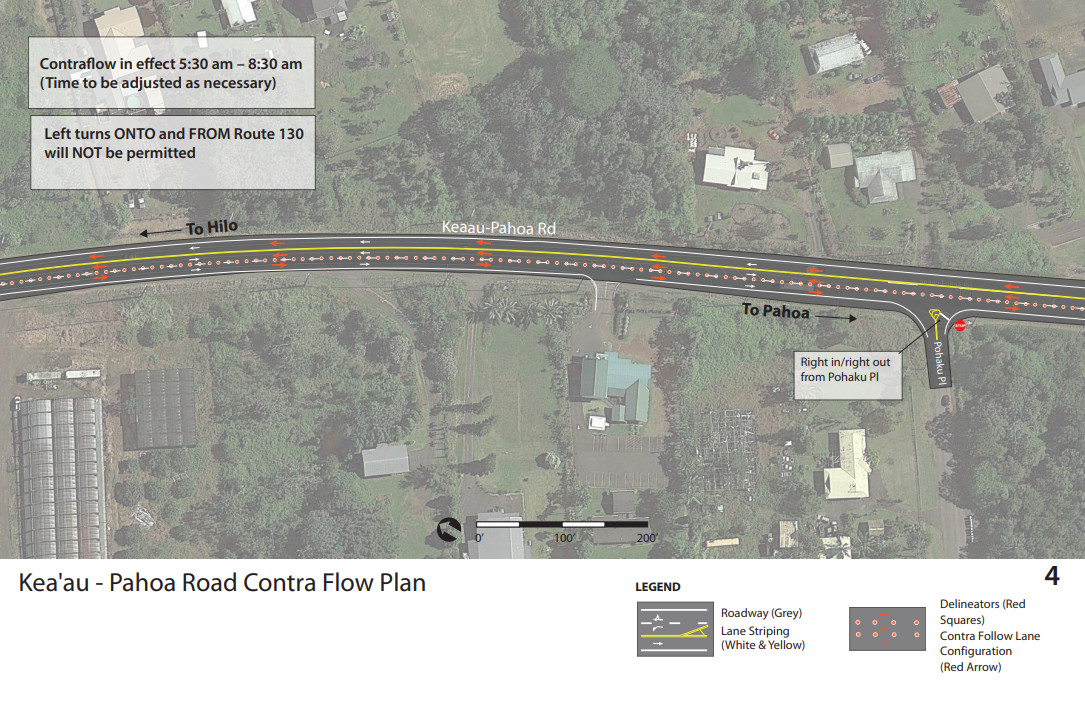 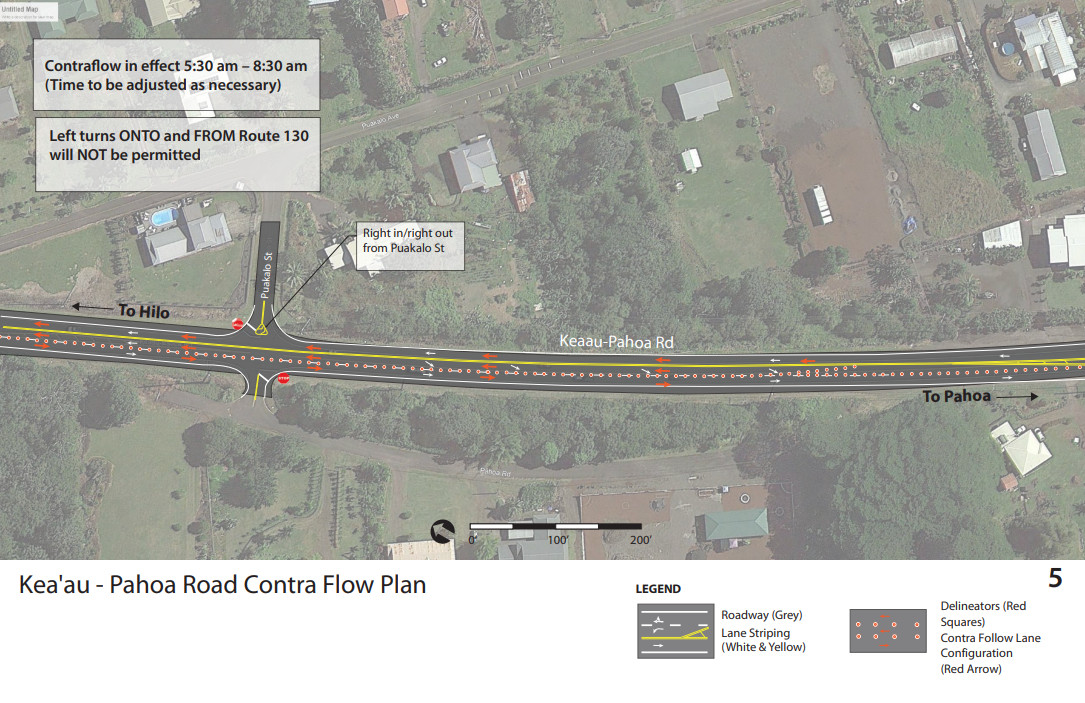 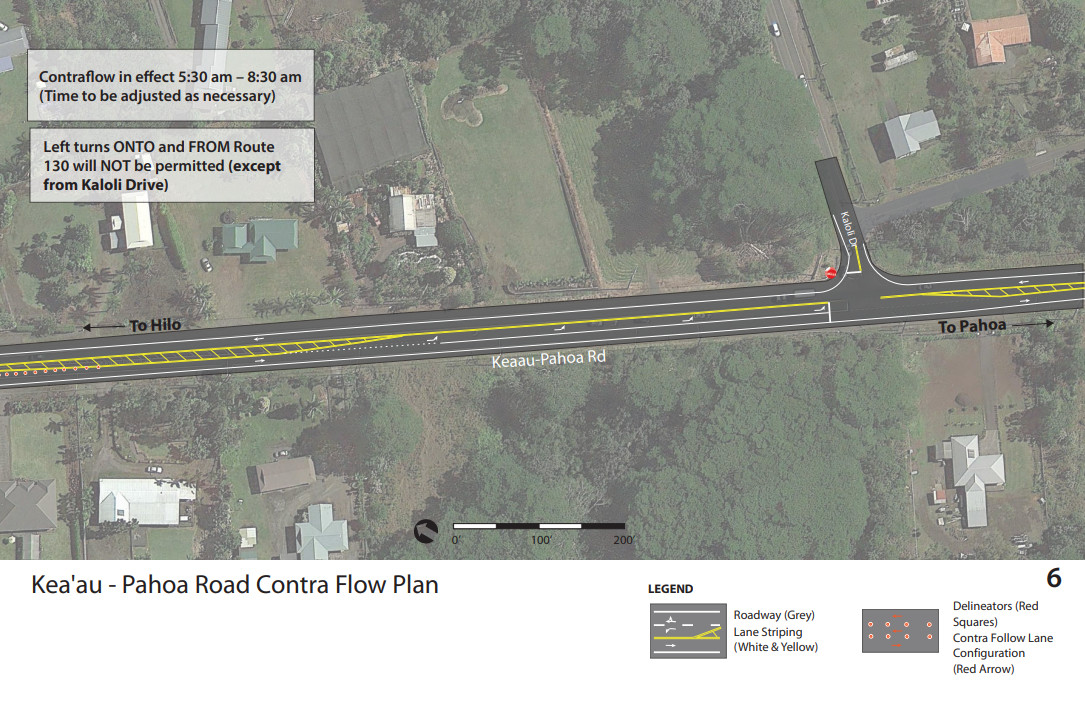