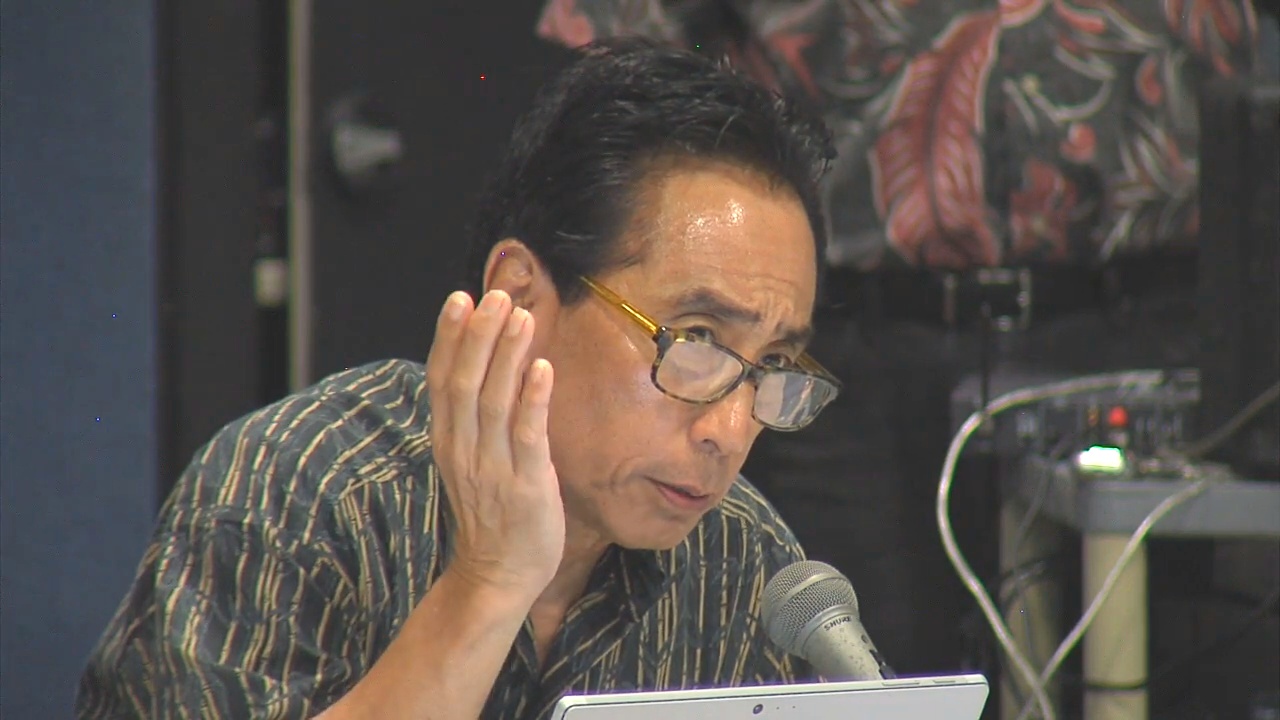 HONOLULU, Hawaiʻi - The UH Regents chair calls for a stop to "the attacks, mischaracterizations, [and] mistruths" and make the resolution of the ongoing conflict a top priority.

(BIVN) – In an open letter, University of Hawaiʻi Board of Regents chair Benjamin Kudo wrote that while “many at the university have been silent,” on the Thirty Meter Telescope / Mauna Kea controversy, he no longer will be.

The Regents have been dealing with numerous Mauna Kea related issues in recent months, from a proposed set of administrative rules governing public and commercial activities, to a permitted interaction group investigating issues related to UH stewardship and governance on the mountain, to the general tumult of division within the university system concerning the TMT project.

Kudo’s letter, which was distributed with the disclaimer that it represented his personal views and was not a statement by the Board of Regents, started with a quote from Rev. Martine Luther King Jr. – “Only in darkness can you see the stars.” Kudo wrote:

The tension and conflict of the Civil Rights movement during the 1960’s were indeed dark days for our nation. Today, we are faced with an almost untenable crisis at Maunakea. A line has been drawn that is dividing and hurting our community. Our state now faces similar darkness in the days ahead.

At our University of Hawaiʻi, voices on both sides of the Thirty Meter Telescope issue have vigorously advocated for their respective positions. I have heard the frustrations, I have felt the torn hearts, and I have seen the divisiveness personally.

There are important perspectives on all sides of the current conflict, and the way we deal with this issue is likely to define who we truly are as Hawaiʻi for years to come. We must be committed to finding a way forward that honors who we are as Hawaiʻi and who we aspire to be. Certainly, our UH System has an obligation to work toward that end. Many believe that solutions are out of reach and that compromise is not an option. I cannot and do not accept that. We must find a way.

The people who call themselves the “protectors” of Maunakea, many of whom are UH faculty, staff, students, and alumni, are led by a commitment to aloha ʻāina, improving the life conditions of Native Hawaiians and all Hawaiʻi, and ensuring that future generations stand on a better foundation than we have today. They are expressing the pain and anguish of more than a century of repeated trauma and suffering. Taking a stand for their beliefs around the proper care and stewardship of Maunakea manifests these beliefs. What the “protectors” have been able to accomplish, from the organization required to maintain the Puʻuhonua at Puʻuhuluhulu, the protocol activated three times a day on the Maunakea access road, and the ability to share their message and view point around the world and gain emphatic support, is truly remarkable. I recognize the significance of these achievements and that the intention behind them is genuine and sincere. From their example, we could learn a lot as a university system and as Hawaiʻi.

I also acknowledge that those in the academic, scientific and government spheres who have spent years working hard and diligently to secure approval for TMT and manage the cultural and natural resources on Maunakea, are seeking to bring meaningful and impactful benefits to the people of Hawaiʻi and the world. The lease rent, benefits package, and other requirements for the project were fought for and included as part of a long and arduous land use process that ultimately received approval from the Hawaiʻi Supreme Court. Proponents of the project engaged extensively with community and although they did not get universal support, they got significant support from credible, dedicated and caring members of our community. In addition, the project demonstrated commitment to fulfilling community impact by proactively providing funds to local nonprofits to provide education to our keiki. Furthermore, Hawaiʻi has become the world leader in astronomy due to the efforts and dedication of our astronomy and academic communities. Their scientific discoveries have been unprecedented, and they have worked to engage the community. The opportunities that the astronomy industry has created and can continue to create, from an economic and educational standpoint, are significant. All of this took sustained commitment and dedication, and that same kind of effort is required to solve the pressing issues that are challenging our home today.

In some ways, the merits of both sides of this conflict are contributing to the stalemate. Neither side wishes to “give up” the good their position produces. The lines are drawn and positions fixed…unyielding to what must come next. A classic “no win” scenario. Hawaiʻi could use the hopes and intentions of both sides of this issue, but not their unyielding stance. A better Hawaiʻi needs all of us to find a way of working together to create a united Hawaiʻi not a divided one for our sake and that of our keiki.

I have found inspiration and guidance from the many ways people have found to treat each other with respect in the toughest of situations. Images of kūpuna being arrested were so moving. In that tense situation, it was humbling that those there to protect Maunakea maintained Kapu Aloha allowing people to feel and express their feelings without resorting to violence. At the same time, it was admirable how our law enforcement officers executed their duties with respect, care and thoughtfulness, many of them embracing and expressing their own emotions over the situation.

Nowhere in the world would you find such restraint, respect, and aloha on both sides. Many people are attacking protectors for blocking the road and others are attacking law enforcement for arresting kūpuna. I assert that what might be most important for Hawaiʻi is that each side did what they felt they needed to do, but they did it as respectfully as they could. That deserves to be recognized, celebrated and sustained.

Given these beliefs, I plan to agendize action items for consideration by the board at our open meetings, directing the president of the university to make the pursuit of a resolution of this conflict his top priority, and for the university to lead this effort. I urge forces on all sides of this issue not to escalate matters, but to work in a spirit of ALOHA to find solutions that move Hawaiʻi forward. This will first require the convening of spaces for long needed dialogue where we can engage with respect. I have faith in our University of Hawaiʻi president, his team, and all of our university ‘ohana to help us move in this direction. I hope that the call to this action frees our president to lead in this direction, fortifies those leaders already working toward this end, and inspires other Hawaiʻi leaders, both in our Hawaiian community and in other sectors, to seek the same outcome.

It is said that Maunakea is the piko or the center of Hawai‘i Island. Let it now be the center for all of us who call Hawaiʻi home. Today, September 2, 2019, is the 181st birthday of beloved Queen Liliʻuokalani. Let us work to find what she called “the heavenly way.” Let us stop the attacks, mischaracterizations, mistruths, and move in a positive direction toward eliminating that line which divides us. Amongst the many voices, many at the university have been silent. For me, that changes today.