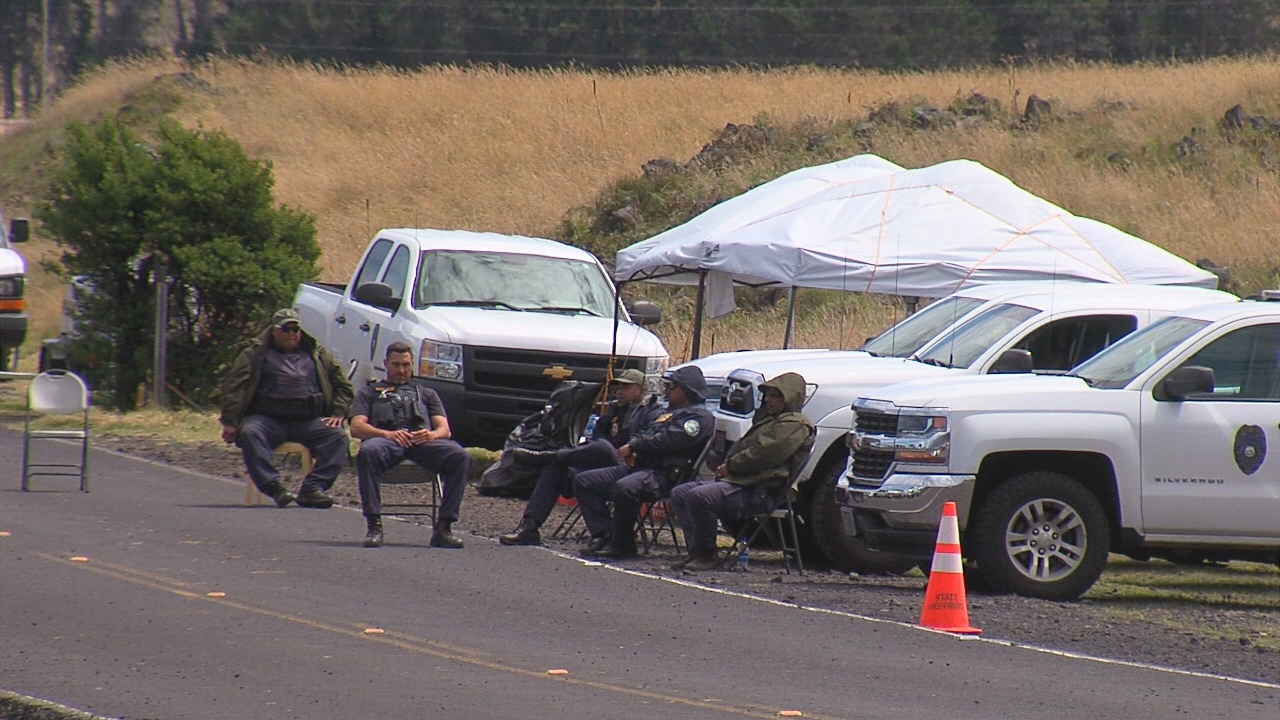 (BIVN) – “Law enforcement has chosen not to take action to clear” the Mauna Kea Access Road.

That’s according to Krishna Jayaram, the Special Assistant to the Attorney General, who characterized the police posture, coincidentally, several hours before a new poll was published by the Honolulu Star Advertiser, showing that “most voters now oppose the idea of using force to reopen Mauna Kea Access Road to allow construction [on the Thirty Meter Telescope] to move forward”.

Jayaram reached out to Big Island Video News in order to clarify our continued reporting that law enforcement has been unable to clear the Mauna Kea Access Road, thus far. Jayaram said that is an incorrect characterization.

On the law enforcement inaction, Jayaram said “this is a deliberate decision to create the time and space for dialogue to happen and for all the parties to find a peaceful resolution that doesn’t involve law enforcement.”

On July 23, less than one week after police tried unsuccessfully to remove Thirty Meter Telescope opponents from the Mauna Kea Access Road by arresting 38 people,  Governor David Ige announced that he was “asking Hawaiʻi County Mayor Harry Kim to coordinate both county and state efforts to peacefully attempt to reach common ground with the protectors of Maunakea and the broader community.”

Since that time, police have not made an attempt to clear the road, but have maintained a presence at the cattle guard above the kūpuna tent. Meanwhile, state officials did little to dispel rumors that another police operation aimed at clearing the road was eminent, citing operational security.

Pressured by calls from TMT supporters to “clear the road”, the Governor has said that the state “will enforce the law” while the use of force would be applied only as a last resort.

The new Star Advertiser poll now makes that “last resort” decision as politically difficult as it does operationally.

“The only path to TMT construction in Hawai’i is through negotiation,” wrote Michael Balogh, the chair of the Canada’s CASCA/ACURA TMT Advisory Committee in a recent update, “and the only activities going on now are talking, discussing and negotiating.” Canada is a full partner in the TMT project.

Sources say Mayor Kim on Friday met with the leaders behind the TMT opposition movement. Sources add, however, that the two parties are still far apart in terms of a resolution, as the Mayor still supports the TMT project.

Mayor Kim did not mention the meeting during an unrelated interaction with climate activists that same day, recorded by Big Island Video News, but he did mention how the ongoing situation on Mauna Kea has required a lot of his time in recent weeks.

“I spent the last probably 16 out over the last 20 hours trying to come up with solutions on Mauna Kea,” the Mayor told the group in his conference room.

Mayor Kim previewed his still unfinished plan for a way forward during the Office of Hawaiian Affairs meeting held in Hilo last week.

This story has been updated.