WAIMEA, Hawaiʻi - On Saturday, the observatory threw a party and invited the entire community as it marked 4 decades on Mauna Kea. 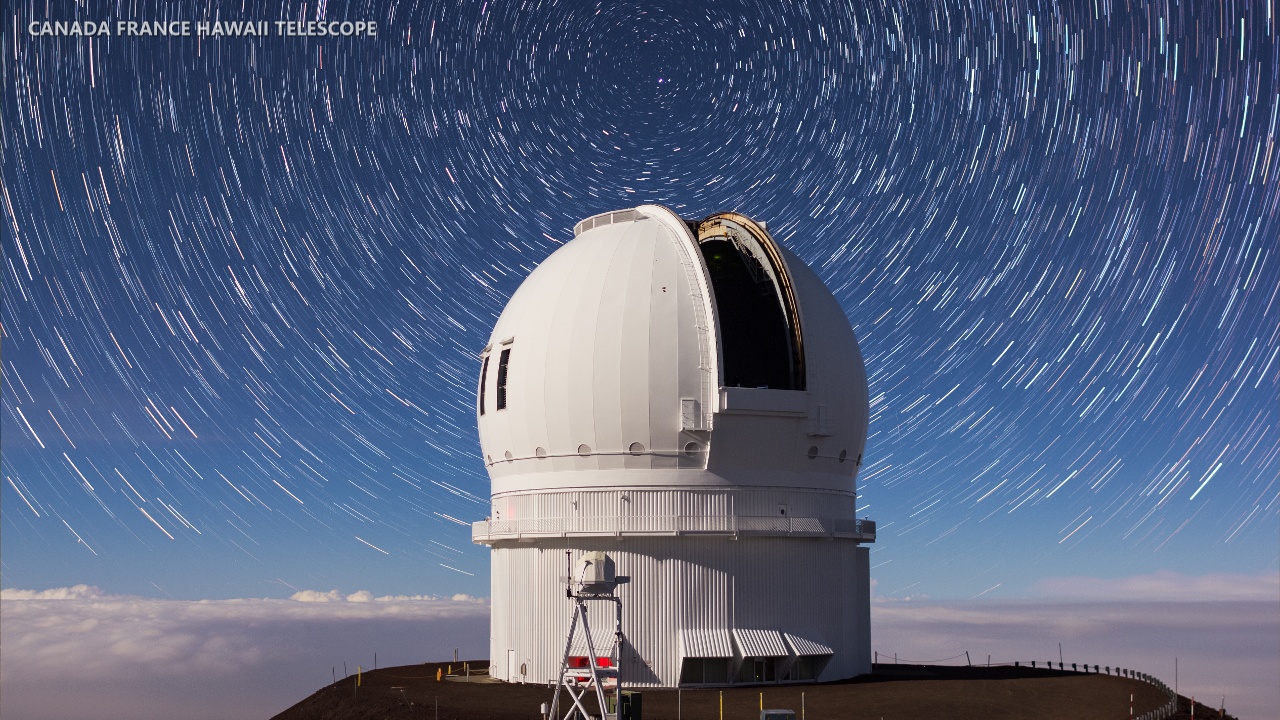 (BIVN) – The Canada-France-Hawaiʻi Telescope invited the public to its Waimea headquarters to celebrate 40 years on Mauna Kea this weekend.

The CFHT, which hosts a world-class, 3.6 meter optical/infrared telescope, became operational in 1979.

The observatory provided a media release about the event, and provided some video.

“For our 40th anniversary, we decided to celebrate with a huge party and invite our entire community” said Mary Beth Laychak, CFHT’s director of strategic communications. “We were thrilled to see so many members of our community stop by and have fun.”

The event capped a week of celebrations starting with CFHT’s director Doug Simons’ talk at the Imiloa Astronomy Center and ended with today’s event. In the intervening week, the staff showed their deep appreciation for the community by marching in the 44th Annual Paniolo Parade, donating books the Thelma Parker Library and local schools and sponsoring/volunteering at the weekly Waimea community dinner.

The charity dunk tank was a crowd favorite, particularly for keiki in attendance. Waimea Elementary School principal Scott Tamura spent time in the dunk tank to the delight of his students. CFHT staff and Hilton Lewis, director of the WM Keck Observatory, also took their turns being dunked. The dunk tank raised over $350 for Waimea Elementary School and CFHT’s Maunakea Scholars program.

“Part of CFHT’s identity, that I am particularly proud of, is our commitment to the Kamuela community that we’ve had the privilege of calling home for the past 40+ years,” said Doug Simons, executive director of CFHT. “This party was just one small way to say mahalo.”