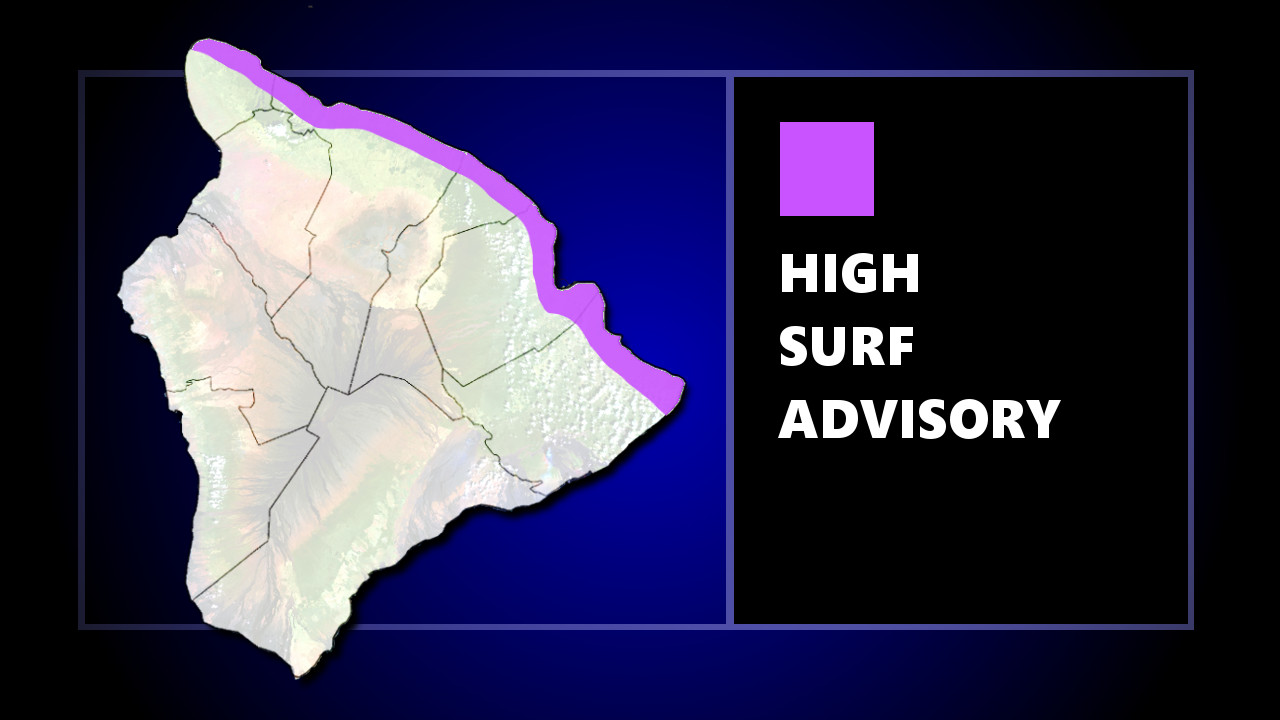 HAWAIʻI ISLAND - A north-northwest swell is coming in larger than expected, forecasters say, and surf will continue to build this evening, peak tonight and lower, but remain at advisory level through Friday.

(BIVN) – The north-facing shores of windward Hawaiʻi Island are under a High Surf Advisory, as a new north-northwest swell arrives today.

“The new north-northwest swell is running 1 to 3 feet higher than the Wave Watch III guidance,” according to recent observations reported by the National Weather Service in Honoulu. “Therefore, have adjusted the swell and surf forecasts up accordingly. A High Surf Advisory (HSA) is now in effect for north facing shores of all islands. Surf will continue to build this evening, peak tonight and lower, but remain at advisory level, through Friday.”

Surf will building to 10 to 15 feet tonight for north facing shores, forecasters say.

“Due to the swell coming in a larger than expected, seas are now forecast to reach Small Craft Advisory level through Friday as well,” the National Weather Service said.

A High Surf Advisory means surf will be higher than normal, shore break, and dangerous currents could cause injury or death.

The Hawaiʻi County Civil Defense agency provided this information on the advisory:

A larger northwest swell is expected this weekend, forecasters say. The swell may produce low-end warning level surf during the peak Saturday night.