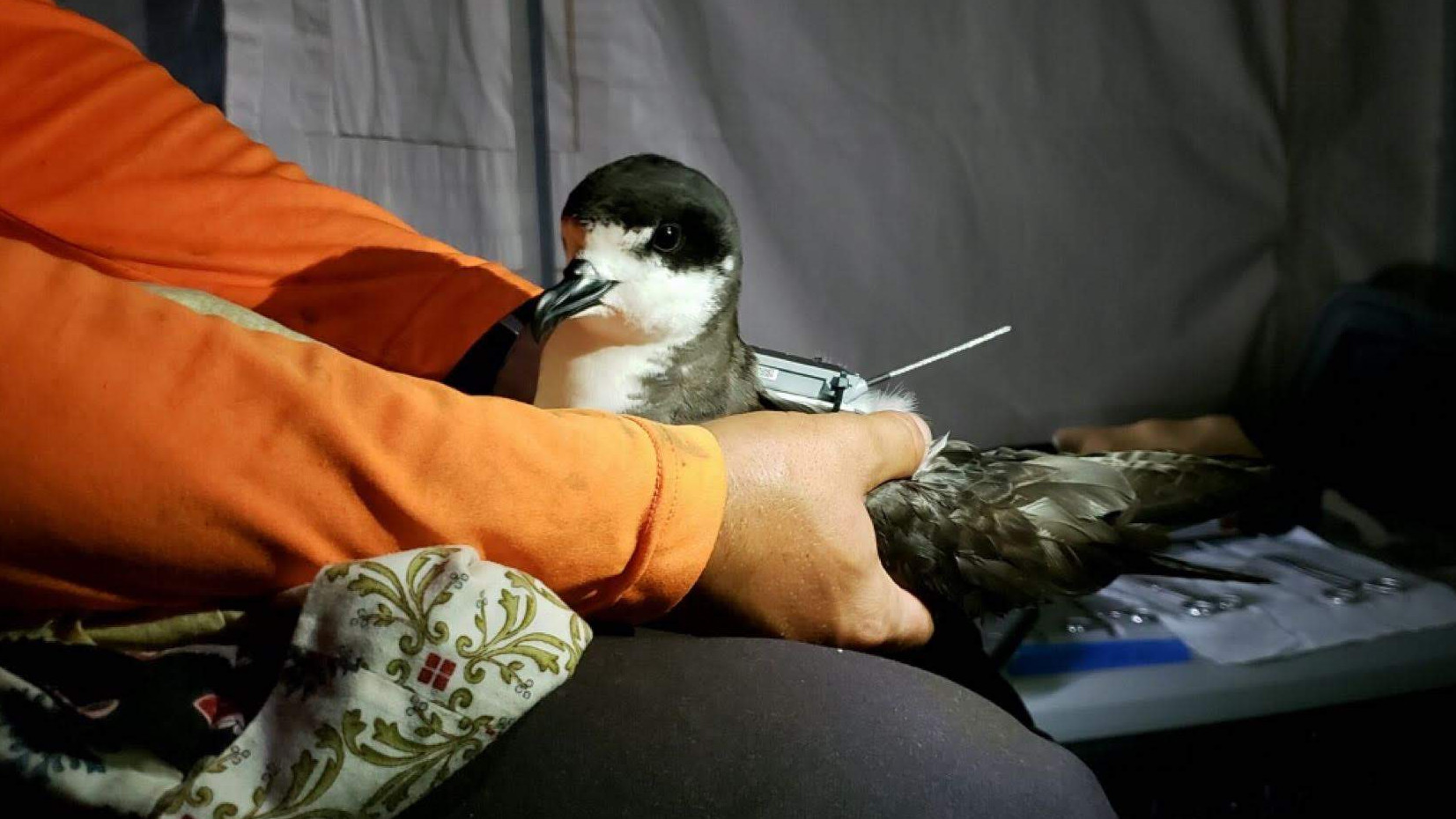 NORTH KOHALA, Hawaiʻi - For the first time, an ʻuaʻu burrow and babay chick were found inside the Puʻu O Umi Natural Area Reserve on Hawaiʻi Island. 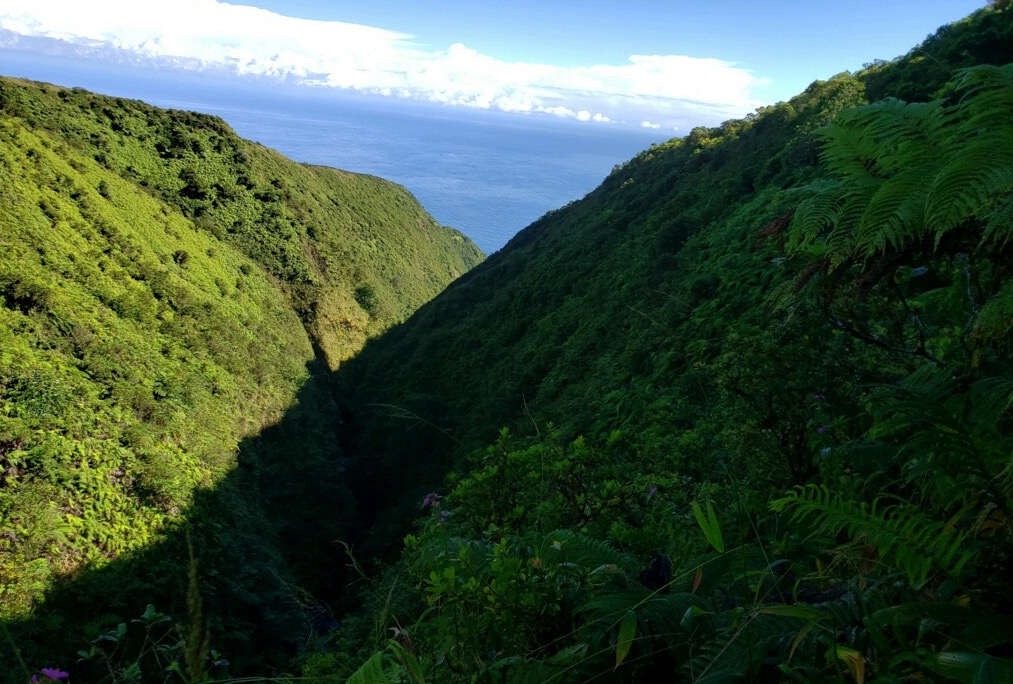 (BIVN) – Hawaiʻi officials say that, for the first time, they have discovered a Hawaiian Petrel burrow and chick inside a Natural Area Reserve on Kohala mountain.

The Hawaiʻi Department of Land and Natural Resources shared photos to accompany this media release:

Staff with the DLNR Division of Forestry and Wildlife, Natural Area Reserve (NAR) System are excited about a recent find. In late October they discovered an endangered Hawaiian Petrel (‘ua‘u) burrow and a baby chick inside in the Pu‘u O Umi NAR on Kohala Mountain on Hawai‘i Island. This provides the first documentation of a new ‘ua‘u colony endemic to the Kohala district. 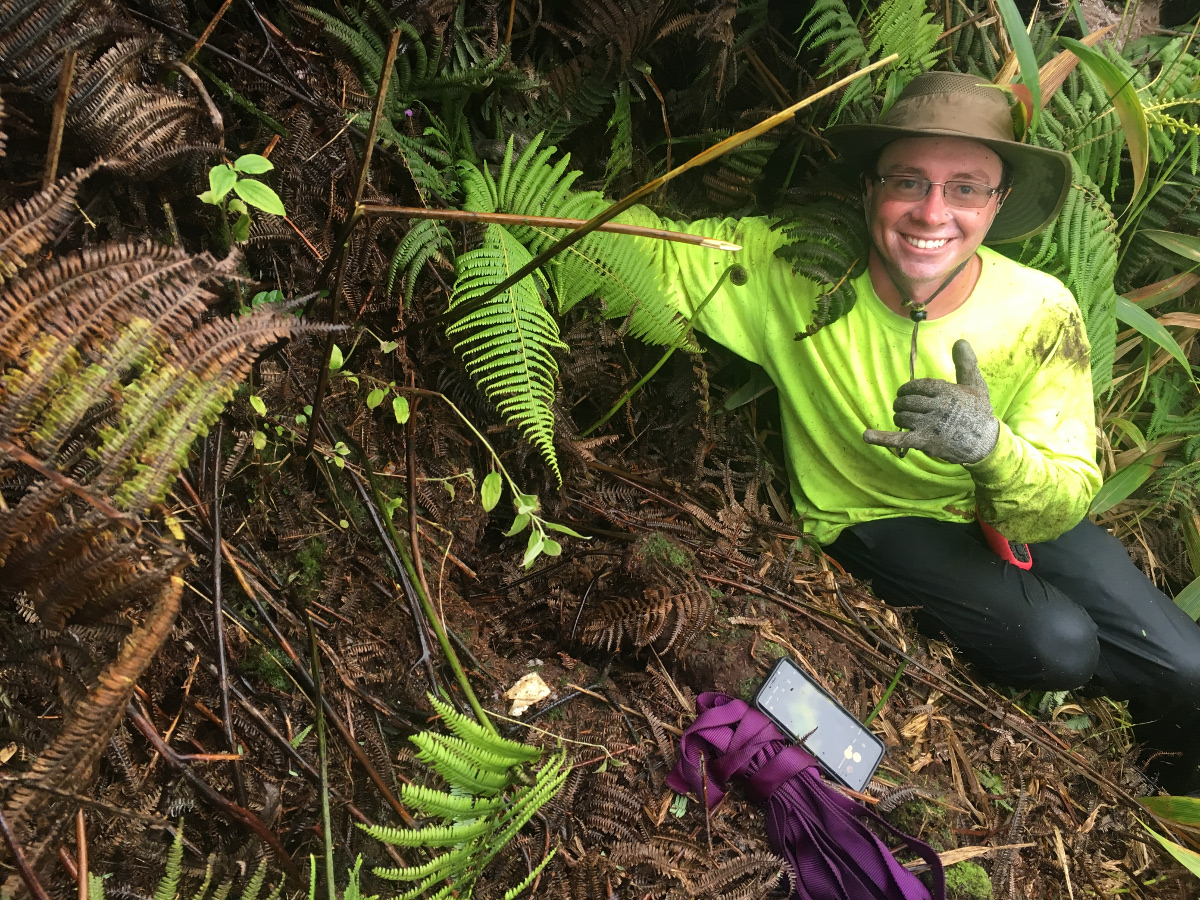 Alex Wang, Endangered Forest Bird Field Supervisor for DLNR/DOFAW said, “This was a long work in progress. A few years ago, we began hearing ‘ua’u calling at night while constructing watershed fencing in remote parts of Windward Kohala. While this indicated ‘ua’u were breeding in the area, we didn’t get confirmation until a month ago when we found the burrow and the chick. When I joined the program in 2016, I began trying to find exactly where they breed.” Wang says the quest was made difficult because the area is extremely remote, and he and others only had access a few times each year.

During their visits the team began using night and infrared vision devices to try and see ‘ua’u They deployed remote acoustic devices, called song meters, that are left in the field for months at a time in an attempt to narrow down their search area. That led them to begin focusing on the back rim of Waimanu Valley. With additional night surveys they began searching areas believed to possibly have high burrow activity. 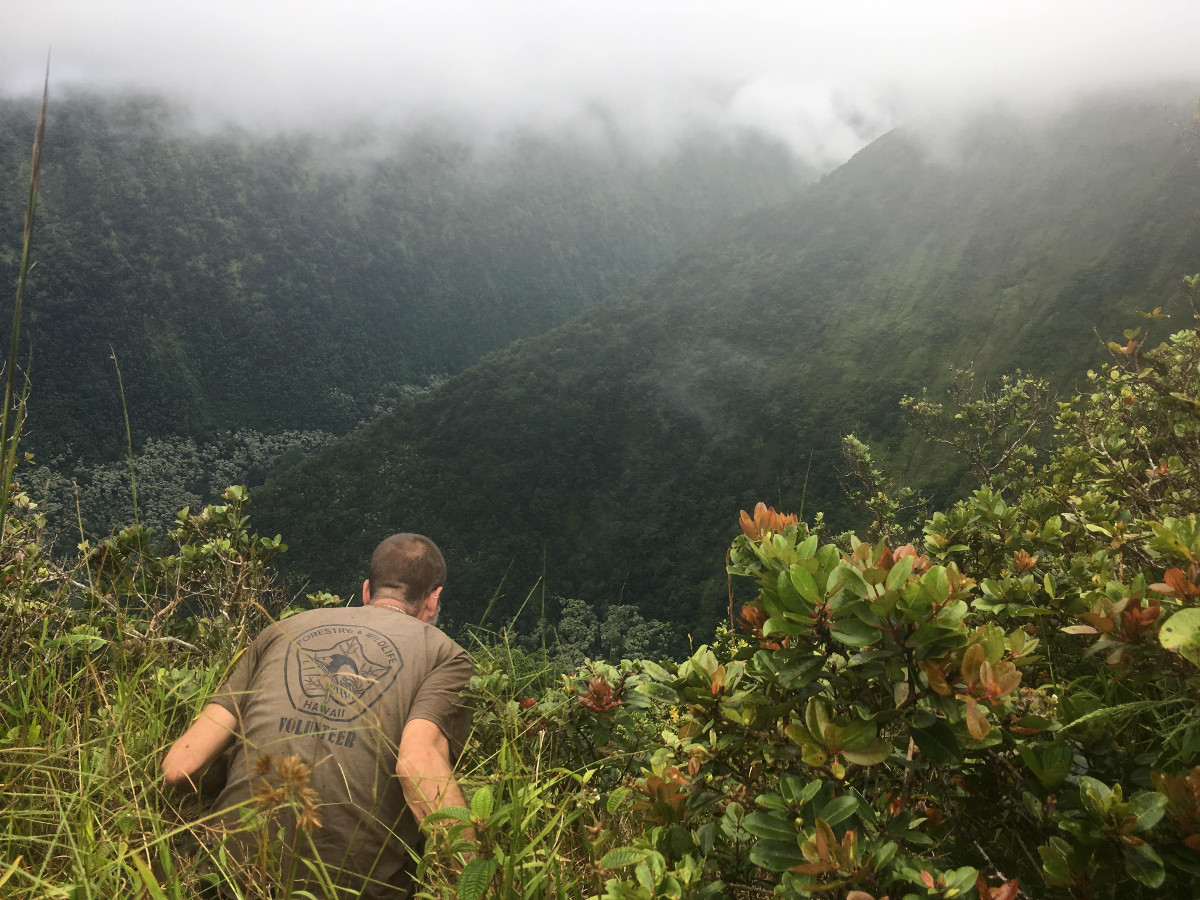 Nick Agorastos, the NAR manager on Hawai‘i Island explained, “As with many of our endangered bird projects, we began collaborating with experts in the field, from organizations like Pacific Rim Conservation and the Kaua‘i Endangered Seabird Recovery Project to try and help us further pinpoint possible ‘u‘au burrows. They told us the habitat looked excellent, but it was a vast area and was akin to searching for the proverbial needle in a haystack.”

This prompted a new plan. Utilizing lights to attract adult Hawaiian petrels on a moonless night, they trapped two birds in mist nets and surgically implanted specialized GPS tracking tags onto their backs. The GPS trackers give researchers a fix on the birds every four minutes.

Wang said, “We were only able to get data from one of the birds and unfortunately it was a non-breeding ‘u‘au. So, in August of this year we tried again and successfully tagged four birds.” 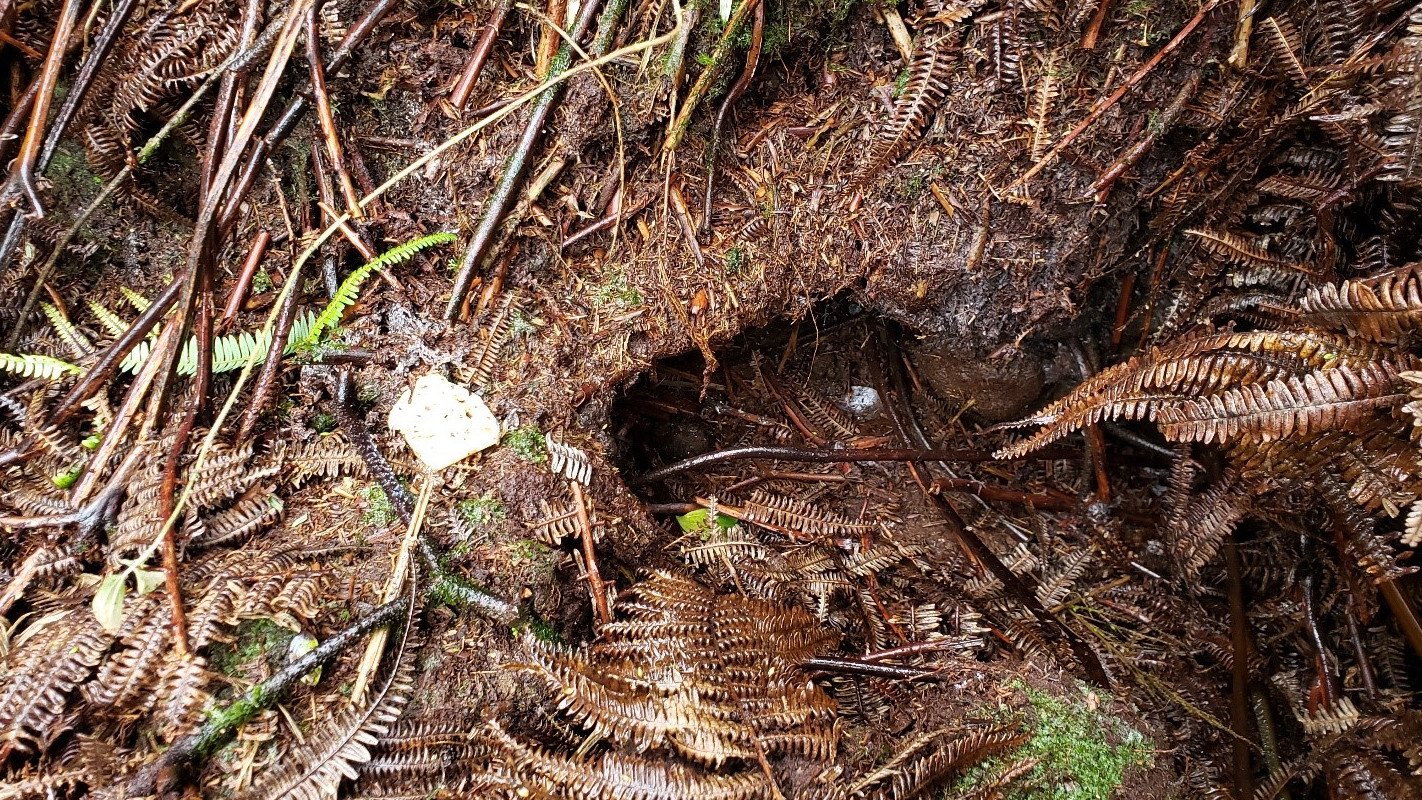 So far, the team has only gotten data from one of the birds, but its “tracks” led them straight to the burrow, in which they found the chick on October 28th. Plans are underway now to develop a plan to manage the unique population of the endangered species at Kohala, including reducing any threats they’re facing.

Agorastos concluded, “With the recent challenges associated with the reintroductions of other endangered birds like the ʻAlalā and the kiwikiu, this is the kind of positive news we need to bolster the continued efforts of endangered bird programs across Hawai‘i and to lift the spirits and hopes of all the passionate and dedicated people working to restore their rightful place in our forests.”