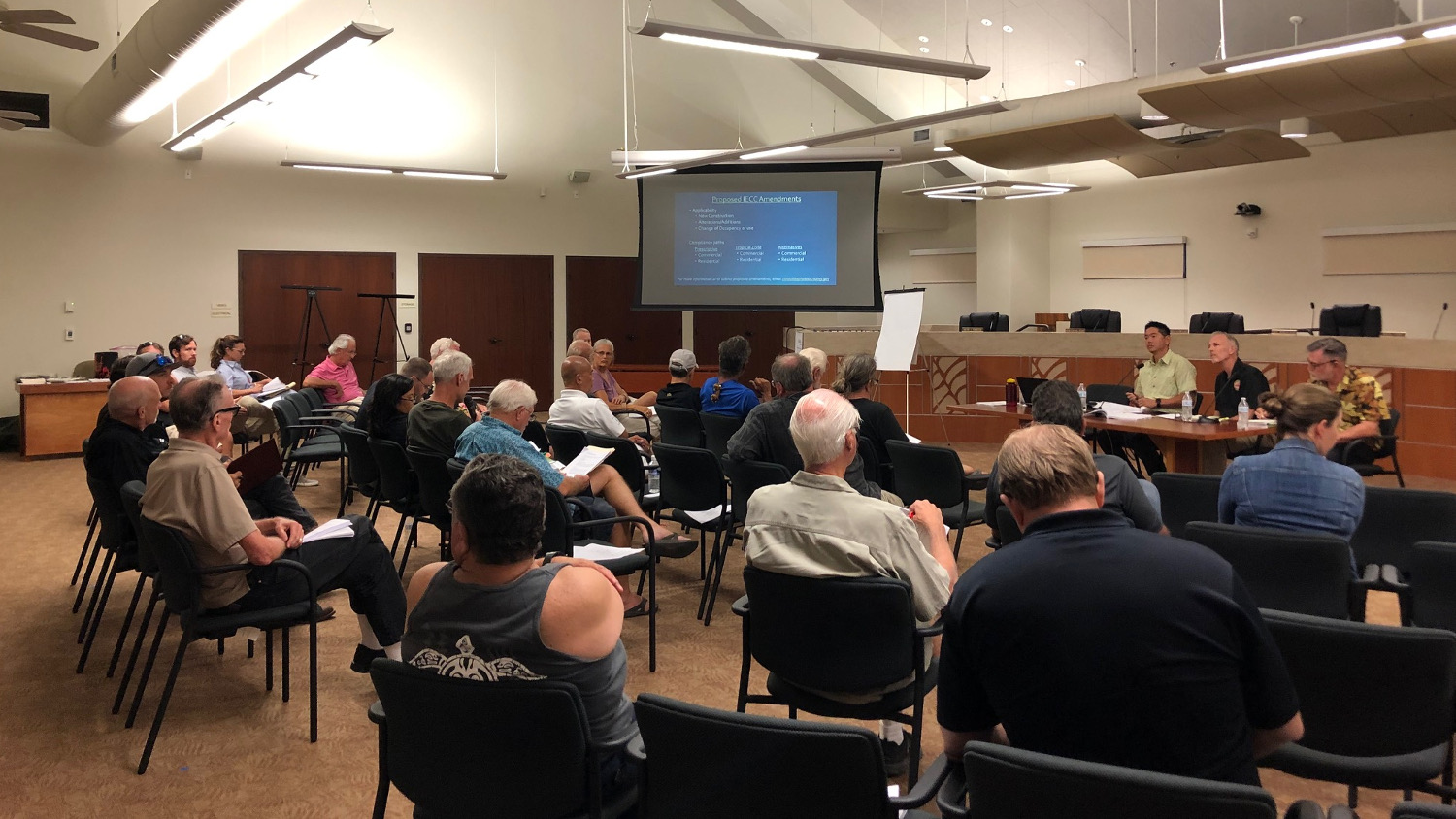 HILO, Hawaiʻi - After receiving more than 200 proposed amendments, the Department of Public Works' proposal may go before a Hawaiʻi County Council committee next month for a hearing.

DPW shared this update on Friday:

Amending the state’s Energy Code for Hawai‘i County’s unique environment is moving closer to fruition with plenty of input from island residents. The County’s adoption of the Department of Public Works’ (DPW) bill for an ordinance to amend and adopt the 2015 International Energy Conservation Code (IECC) is expected to reach its first Council Committee agenda in either late December 2019 or in January 2020.

Earlier this year the 2015 IECC became effective in order to meet the State’s energy reduction and clean energy goals. In October, for the first time during the Code adoption process, interested members of the building, architectural, and real estate sectors participated in two topic-focused workshops held by DPW’s Building Division. More than 60 people attended the workshops in Hilo and Kailua-Kona. Following these workshops, the public then had about one week to submit written proposed amendments.

“I applaud the Public Works Building Division for taking that leap and seeking input from industry professionals as part of the code adoption process,” says District 3 Councilwoman Sue Lee Loy, chair of the Council’s Committee on Public Works and Mass Transit. “This bill is one step in the County’s comprehensive long-term effort to update the County’s building, plumbing, and electrical codes, and I thank the public for their patience as my office and Public Works staff work through the proposed amendments” adds Lee Loy.

DPW received 203 comments and proposed amendments to the State’s adoption of the Energy Code as a result of the workshops and the ensuing comment period.

“We’re thrilled we received the volume of feedback that we did,” says DPW Acting Building Division Chief Robyn Matsumoto. “It’s taken a lot of work to review each and every proposed amendment and by working closely with Councilwoman Lee Loy we anticipate submitting a solid bill for Council’s consideration next month.”

The overall intent of these proposed amendments is to lower the cost of building on Hawai‘i Island by taking into consideration our tropical climate and residents’ median income relative to the rest of the state while striving to meet the state’s energy goals.

After the proposed amendments are submitted to the Committee on Public Works and Mass Transit, they will undergo two readings at County Council meetings before the Council votes to formally adopt the amendments.