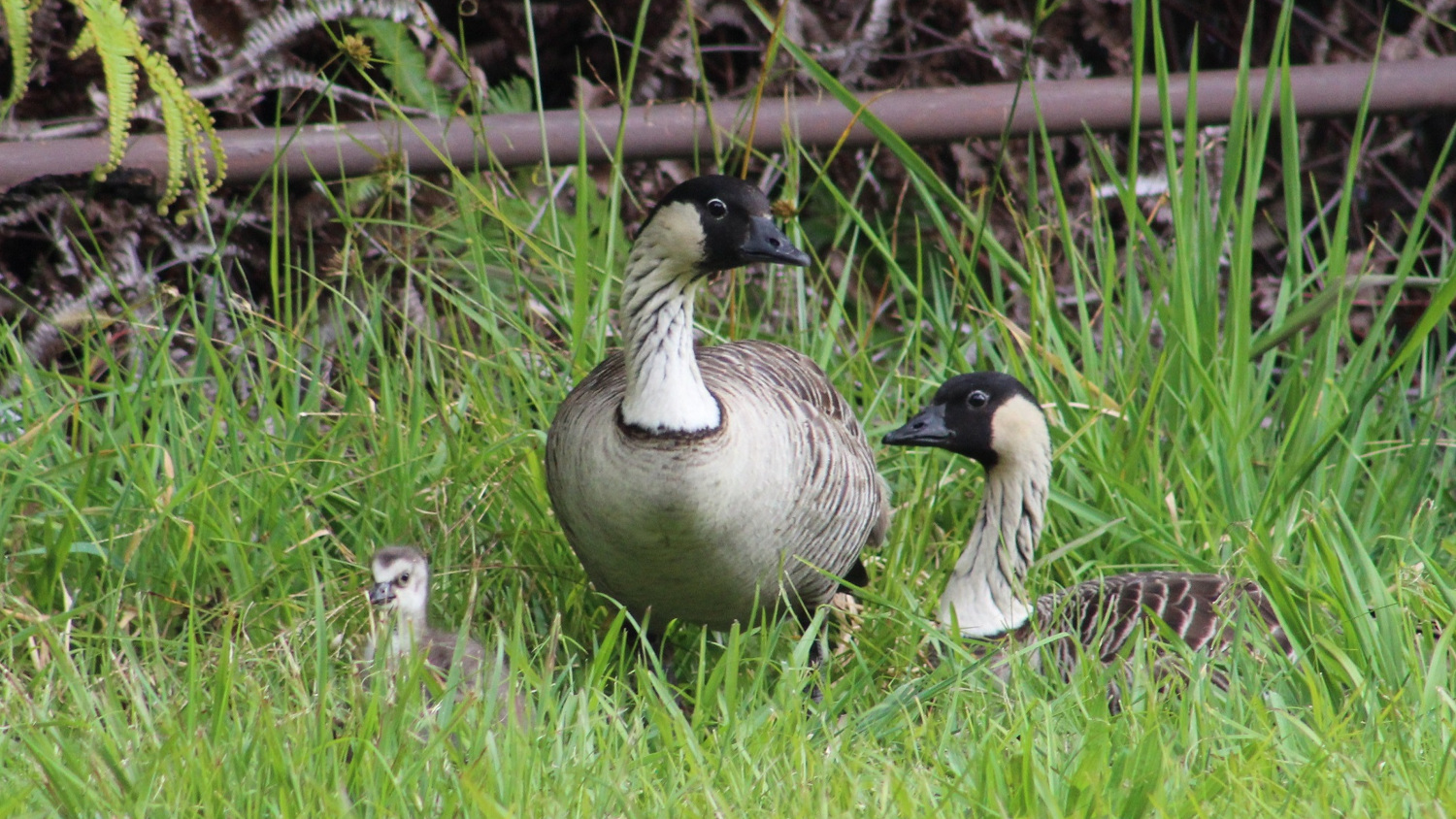 HAWAIʻI VOLCANOES NATIONAL PARK - The Pu‘u Pua‘i Overlook and parking lot are temporarily closed to protect breeding and nesting nēnē, or Hawaiian geese, in the area.

(BIVN) – Hawaiʻi Volcanoes National Park is closing a part of the park to protect breeding and nesting nēnē (Hawaiian geese) in the area.

The Pu‘u Pua‘i Overlook and parking lot are temporarily closed, the National Park Service reports. According to a park media release:

The gate is secured at the entrance to the Pu‘u Pua‘i parking lot, near the intersection of Chain of Craters Road and Crater Rim Drive. Visitors are able to hike about 0.4 miles of Devastation Trail from the Devastation Trail parking lot to a trail sign marking the closure.

The National Park Service notes that in 1952, only 30 nēnē remained statewide. “Hawai‘i Volcanoes National Park began efforts to recover the imperiled geese in the 1970s,” the news release states. “The Nēnē Recovery Program continues today, and more than 200 birds thrive in the park from sea level to around 8,000 feet.”

Earlier this month, Interior Secretary David Bernhardt joined state officials on Oʻahu to announce the nēnē has been downlisted from “endangered” to “threatened” under the Endangered Species Act. Last year, the U.S. Fish and Wildlife Service proposed the downlisting, “based on a thorough review of the best available scientific data, which indicate that the species’ status has improved such that it is not currently in danger of extinction throughout all or a significant portion of its range,” as stated in the Federal Registrar.

Hawaiʻi Volcanoes National Park says Pu‘u Pua‘i “is a massive reddish-brown cindercone that formed during an eruption at Kīlauea Iki crater in 1959. Evidence of this eruption is visible in the form of small tephra cinders that blanket the ground along old Crater Rim Drive towards Keanakāko‘i Crater.”