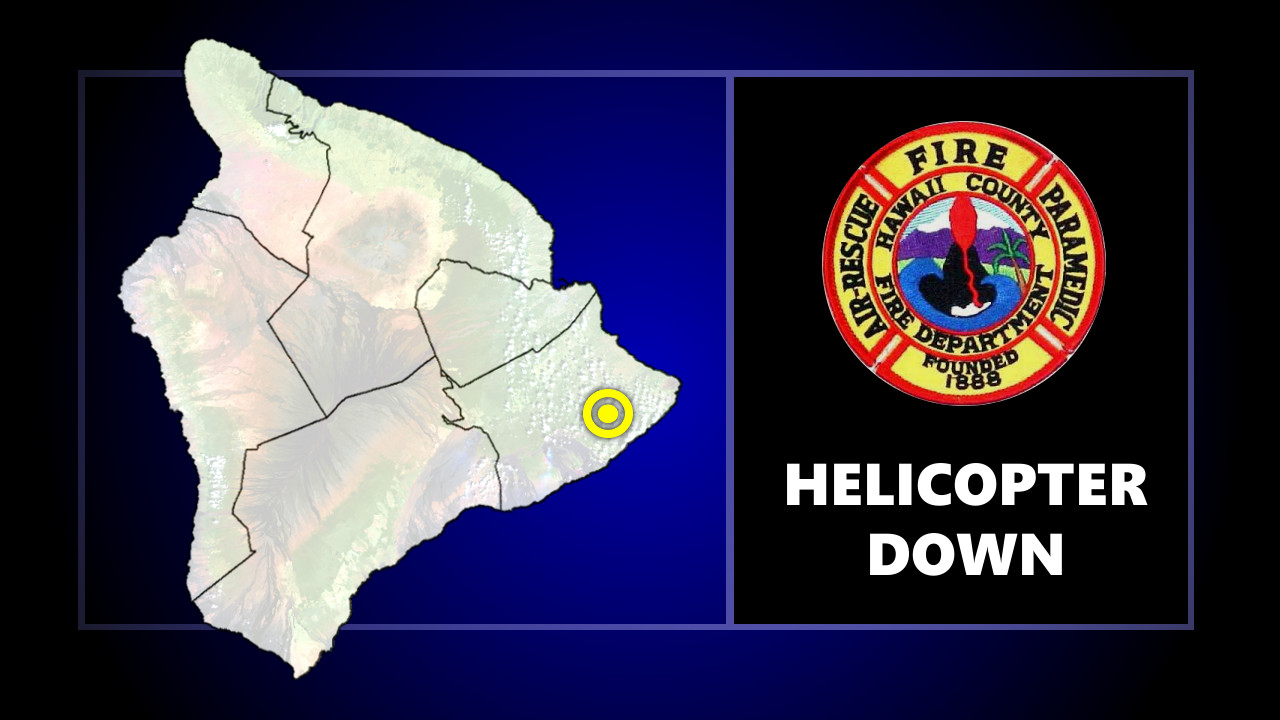 PUNA, Hawaiʻi - County officials say a Blue Hawaiian tour helicopter "crashed in a wooded area of Puna" on Thursday, resulting in minor injuries to all aboard.

The Hawaiʻi Fire Department responded to the scene, and said the helicopter was found on its side in tall grass. Six people had gotten out of the downed helicopter.

According to the County of Hawaiʻi:

The Fire Department received a call at 11:35 a.m. that a helicopter crashed in a grassy clearing near a forested area up rift of Hwy 130 and Alaʻili Rd. The location was reported to be at or near an old geothermal site, which was located approximately 5 miles South West of Pahoa town. Due to the remoteness of the location, and unconfirmed access, the Hawaii Fire Department “Chopper 1” was utilized to locate and access the scene.

There were six (6) people aboard the aircraft and all parties, (5 passengers and the pilot) were out of the aircraft and ambulatory at the scene upon HFD arrival. All six were extricated from the scene with Chopper 1 and transported to the Pahoa Fire Station where they were evaluated by EMS personnel. A few of them sustained what appeared to be non-life threatening injuries, and at the time of this release, 5 of the 6 people were transported to Hilo Medical Center (for further observation and treatment) via Ambulance in good condition according to the Hawai‘i County Fire Department.

The crash is located in an unpopulated area and there were no residences or other buildings located near the site.

The County referred inquiries about the circumstances of the crash to the Federal Aviation Authority (FAA), the investigating authority.