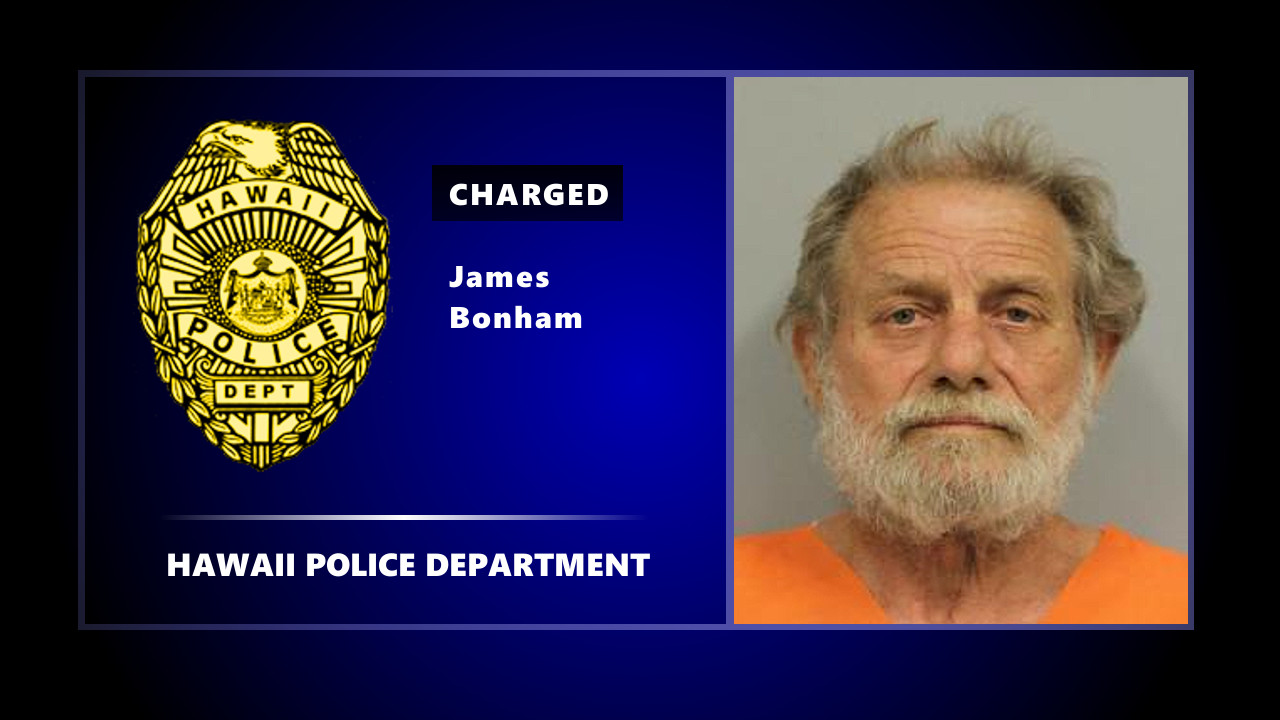 (BIVN) – The 45-year-old Captain Cook man who was killed by a gunshot wound to the back has been identified by police as Joshua Bonham, the son of the suspect, 66-year-old James Bonham.

On Tuesday, James Bonham was arrested at the scene of the fatal shooting at the 83-5000 block of Middle Keei Road. A firearm was also recovered. Detectives charged the elder Bonham with second-degree murder.

An autopsy was conducted and determined that Joshua Bonham died as a result of a gunshot wound to the back, and the manner of death was a homicide.

Police say James Bonham made his initial appearance in Kona District Court on Friday morning, May 1, and was granted supervised released by the judge pending his next court appearance.