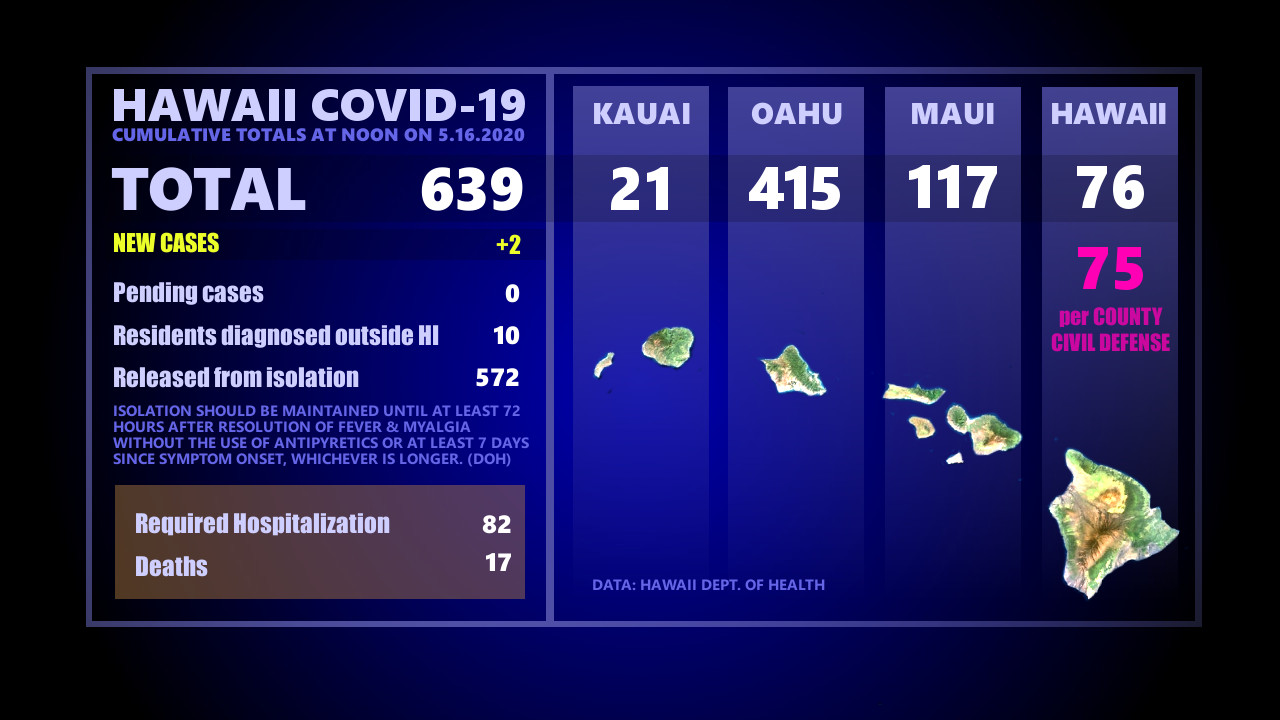 Hawaii COVID-19 Updates for May 16: Big Island Back To One New Case

HAWAIʻI ISLAND - Hawaiʻi County, after announcing there were no active cases of COVID-19 identified on island, is back to one new case as of noon on Saturday.

(BIVN) – There are two newly reported cases of COVID-19 in the State of Hawaiʻi as of noon today, health officials say, one of which is on the Big Island. That brings the cumulative total number of cases of the island back to 76, with one case apparently active. 75 have been released from isolation.

Earlier on Saturday morning, the Hawaiʻi County Civil Defense announced there were no active cases on Hawaiʻi island, and the cumulative total was back down to 75, after the State reported one new case on Friday. The County reported today – and the State confirmed – that the case was removed from the Hawaiʻi island count due to a false positive. But the total count was back to 76 by noon after the most recent case was identified.

The other newly identified case reported today is on Oʻahu, the State indicated.

Yesterday, 996 people arrived in Hawaii including 286 visitors and 333 residents. During this same time last year, nearly 30,000 passengers arrived in Hawaii daily, including residents and visitors. The state’s mandatory 14-day self-quarantine started on March 26th for all passengers arriving in Hawaii from out of state. The quarantine order was expanded on April 1st to include interisland travelers. This table shows the number of people who arrived by air from out of state yesterday and does not include interisland travel.