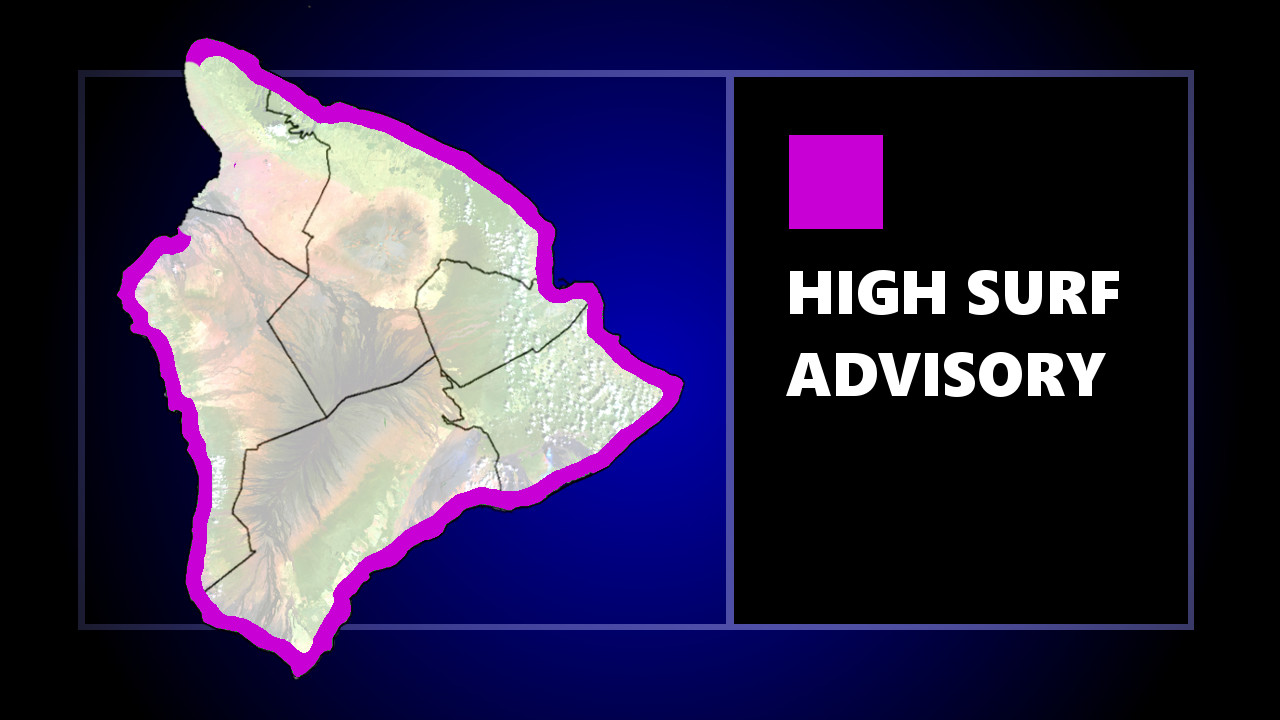 HAWAIʻI ISLAND - Surf is expected to rise to 6 to 9 feet today, reaching 8 to 12 feet tonight and Wednesday.

(BIVN) – The National Weather Service in Honolulu has issued a High Surf Advisory for south-facing shores around Hawaiʻi island, in effect until Wednesday.

“South shore surf will rise today as long period forerunners of a south-southwest swell arrive,” a forecast discussion posted at 3:17 a.m. stated. “Advisory level surf is expected as the swell peaks later today and Wednesday. This swell will decline Thursday and Friday and may be reinforced by a smaller south-southwest swell this weaken.”

Forecasters say surf is rising to 6 to 9 feet today, reaching 8 to 12 feet tonight and Wednesday.