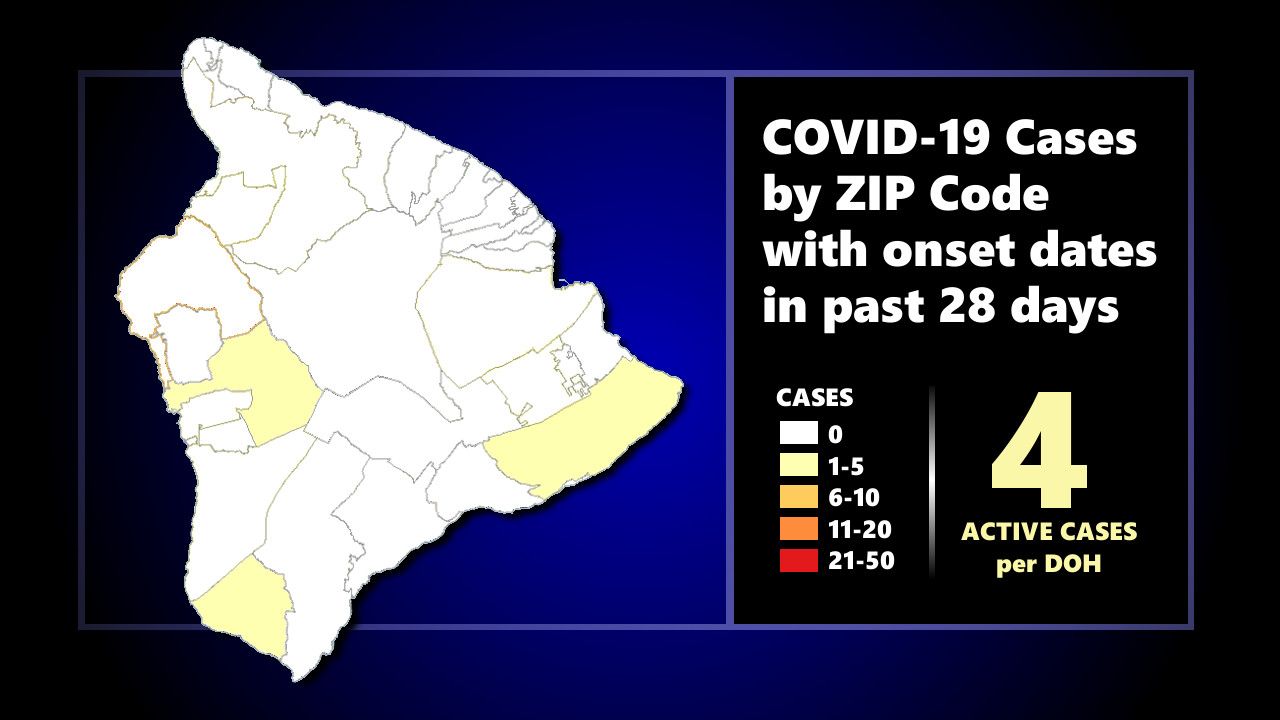 BIVN graphic features the number of "active" cases, and the Hawaiʻi health department map showing reported cases with onset dates in the past 28 days by zip code.

HAWAIʻI ISLAND - There was a difference in the numbers reported by the County of Hawaiʻi this morning and the State of Hawaiʻi at noon. 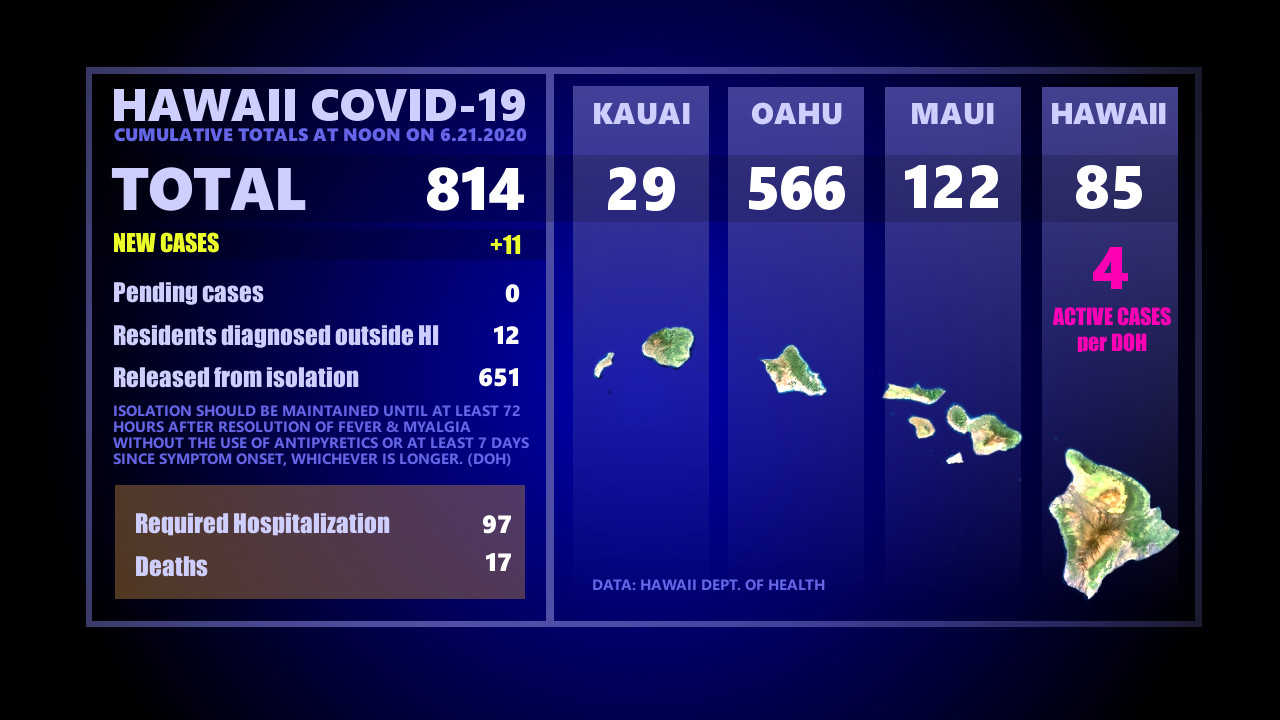 (BIVN) – There were 11 newly reported cases of COVID-19 in the State of Hawaiʻi at noon on Sunday. Most of the new cases were identified on Oʻahu, but two (2) were identified on Hawaiʻi island, bringing the cumulative total number of cases on the Big Island to 85. According to the state, 81 of the 85 cumulative cases have been released from isolation, suggesting that four (4) are active cases.

Earlier on Sunday morning, the Hawaiʻi County Civil Defense said that the number of active cases that was previously reported – two (2) – was down to one (1).

“Unfortunately, the Islands of Kauai and Oahu are now experiencing an increase of positive cases,” the Hawaiʻi County Civil Defense stated, hours before the State revealed new cases on the Big Island. “This emphasizes the importance of understanding that the virus threat remains and we must continue to follow the policies of prevention to protect our community. All of these policies have one purpose, to stop the spread of the virus.”